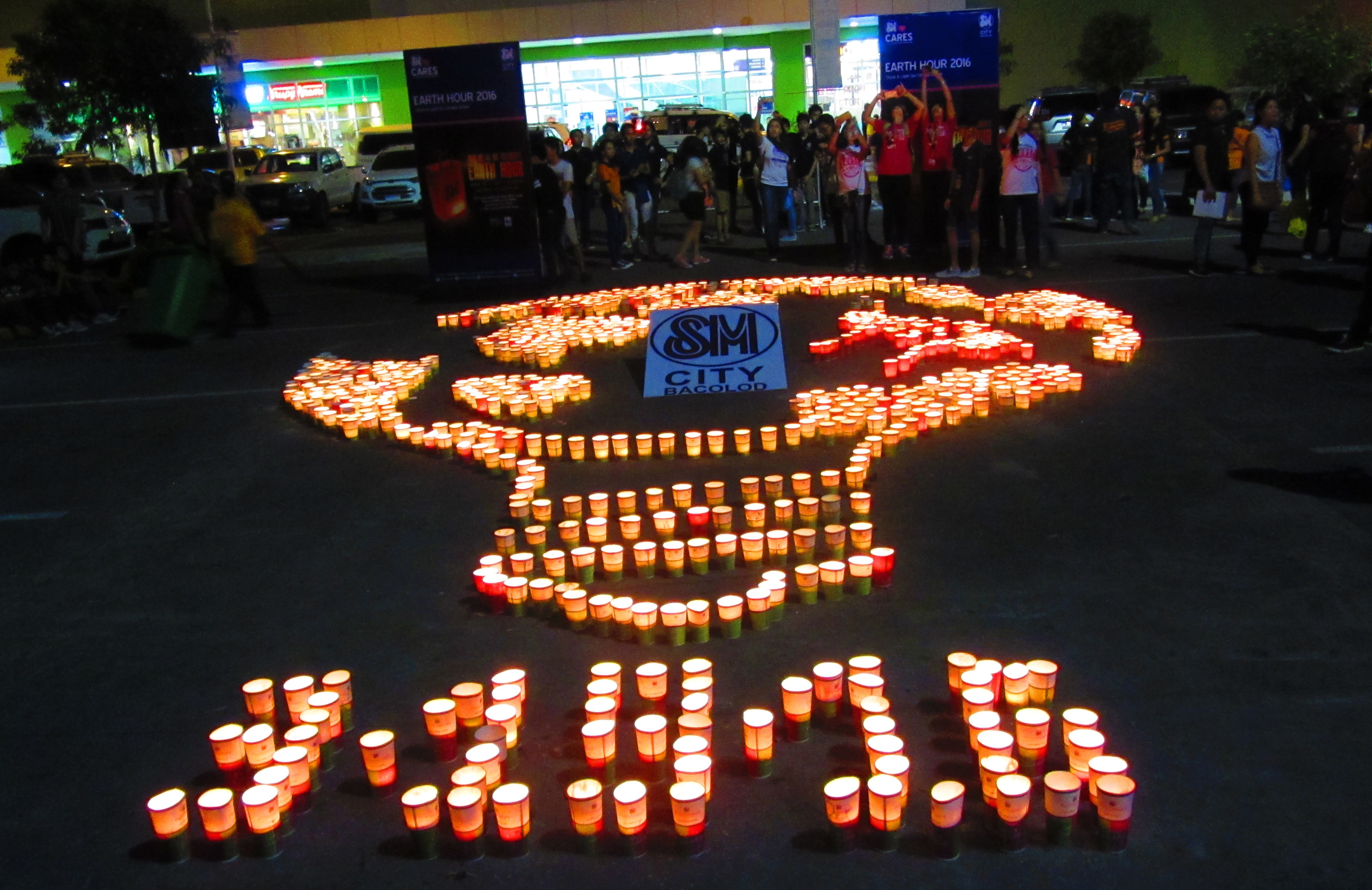 I love browsing photos of famous global landmarks in various websites. They look breathtaking in the morning and they even appear amazing at night. But each year, I like seeing pictures of these tourist spots from their dazzling night scenes to having their lights switched off. That’s the scene every Earth Hour. For an hour, participating buildings and households turn off their lights to create a visual impact to remind us that we need to take action in saving our environment.

In 2015, more than 10,400 of the world’s most iconic landmarks in 172 participating countries and territories switched off their lights. See the video below for the 2015 highlights.

At the forefront of this movement is the WWF. Earth Hour traces its roots in Sydney Australia in 2007. Nine years later, Earth Hour has grown to be the world’s largest grassroots movement for the environment. The effect though is more than just an hour of saving energy around the world.

In the Philippines, the Earth Hour movement gave way to the Gift of Light project of WWF which provides solar-powered lamps to communities that do not have access to electricity.

According to its 2015 report, “As a grassroots movement, Earth Hour works as a push and pull force for climate friendly policy and legislation. It provides a platform to influence public interest and action, harnessing the power of the crowd to make a difference. In 2015, Earth Hour mobilized support to encourage policy on locally-relevant climate issues such as fighting © Louise Clarke/WWF-Cymru deforestation (Uganda), a 10-year freeze on new oil projects in the Arctic (Russia), creation of a national park (Malaysia), reduction in energy usage (Brunei Darussalam) and stronger climate change legislation (Scotland and Switzerland).”

Climate Change is a serious issue that we need to tackle and face head on. The degradation of forests, the threat on various species, the death of rivers and bodies of water, the destructive weather conditions — the list goes on and on as to what has been happening to our planet. In the Philippines alone, we have experienced extreme weather conditions from El Nino to La Nina. Lives and properties damaged during the super typhoon Haiyan left us shocked and helpless.

It is about time we take action. But, how? How do we contribute to saving the environment?

Earth Hour shares 10 ways you can do in your day-to-day activities:

1. Commute or cycle – this will reduce carbon footprint and help lower down carbon emissions.
2. Turn off electrical appliance when not in use – it’s called phantom energy and even when they are turned off yet are still plugged to an electrical source, they still consume energy.
3. Use LED light bulbs or renewable energy – this is a more sustainable method and lowers carbon footprint as well.
4. Recycle paper or lessen the use of paper – it will save more trees and other raw materials.
5. Recycle or reuse plastic bags or bring your own shopping bag – this will lessen plastic materials that clogs waterways and create mountains of garbage.
6. Reduce food wastage – it will reduce adverse effects to our food supply, as well as to our biodiversity and animal habitats.
7. Participate in the movement – it will increase and strengthen our collective power to address environmental problems, such as wildlife crime.
8. Share your Earth Hour photos
9. Read more about Earth Hour
10. Spread the word (which is what I am doing right now)

If I may add to their list and to take our responses a bit further, I recommend taking part in tree planting activities, environmental clean-ups, animal preservation, ecological education programs, and other pro-active ways in saving our environment.

This year, Earth Hour takes place on March 19, 2016, Saturday, at 8:30-9:30 pm, local time. The call to action this time is to #ChangeClimateChange and it’s even heightening the campaign in the social media realm. I’ve donated my social media feed to the cause so that more and more people will be aware and can take action as well. You, too, can do something.

Watch their campaign video and donate your social media feed at https://www.earthhour.org or if you’re from the Philippines support the Earth Hour movement at http://www.changeclimatechange.org/en_PH/. And, yes, you can definitely share this blog post via social media as well.

In my locality, SM City Bacolod has been a partner of Earth Hour for 7 years and is hosting it with a candle lighting ceremony before lights are turned off at 8:30pm, local time.

I attended the Earth Hour 2016 candle lighting ceremony at SM City Bacolod. Students, boys scouts, professionals, and concerned citizens converged to show their support. Talks about conserving energy and being conscious in caring for our environment were done prior to the ceremony.

The Earth Hour is an annual event. But, even beyond Earth Hour, we have to continually look after our Mother Nature and ensure that we do not contribute to the degradation of our environment but instead become a solution to our ecological problems.

A young boy lit his own candle to add to the sea of lights.