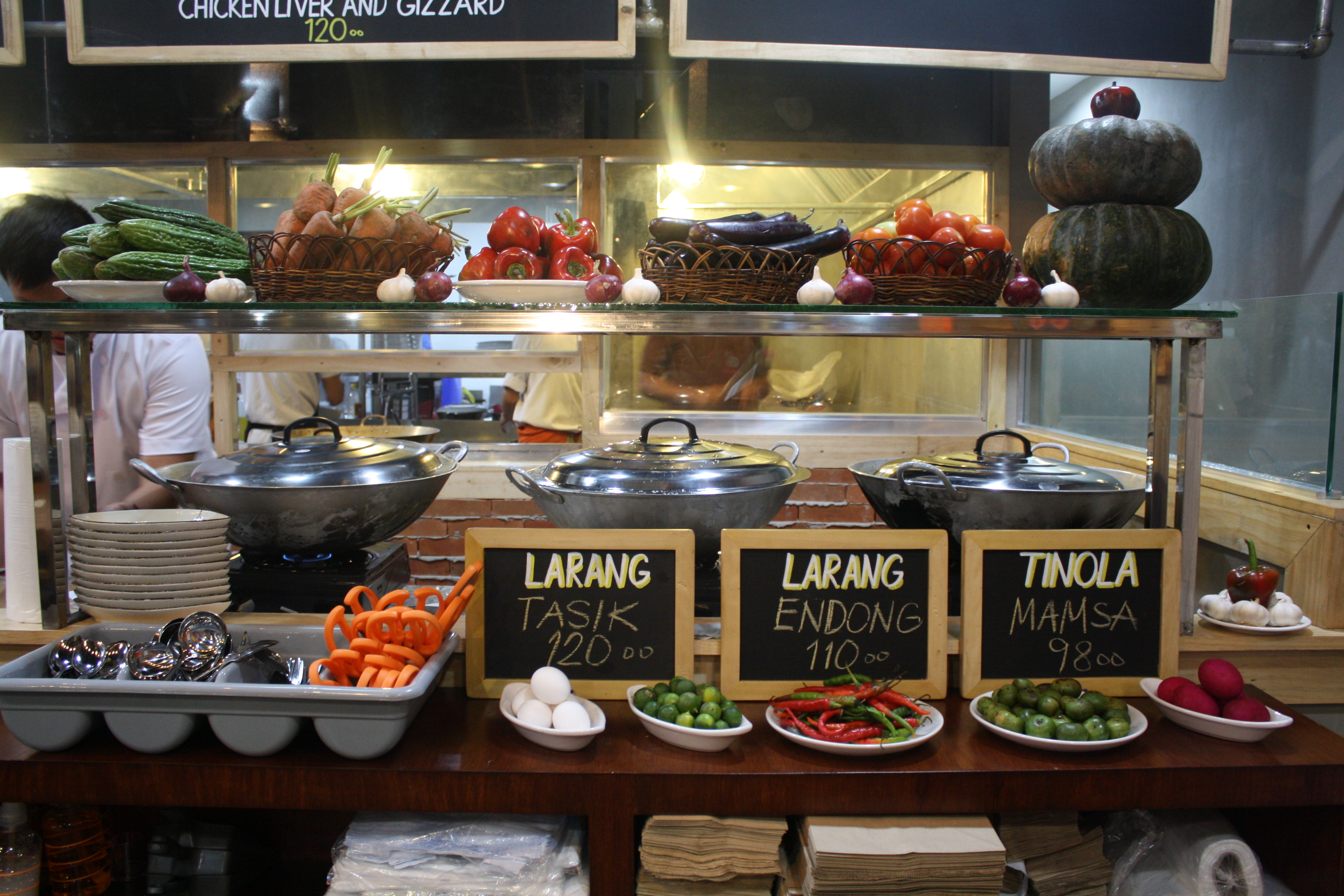 The good thing about visiting – or, in my case, settling back in –Bacolod is that you will never run out of restaurants to try. Another new eatery that arrived in the City of Smiles is Orange Karenderia. How uncanny, we thought, that it sits next to Pizza Republic and shares the same building architecture. The same could be said in their stores in Cebu. As it turns out, the owners are friends but they have their respective businesses to run.

Orange Karenderia has a clean, industrial look but has a spacious, friendly ambiance.

Orange Karenderia in Bacolod is the third store to open in the country, with the original stores located in Cebu, and this one is the first outside of its home court. As I arrived in the industrial looking building but its interior was very welcoming and comfy. Right behind the counter, a young chef was busying himself with the orders. This chef is the 24-year old General Manager and owner of Orange Karenderia – Chef Michael Bato. Although he is a Psychology graduate from the De La Salle University, his love for cooking led him to pursue a degree in Restaurant Management at the University of California Los Angeles (UCLA).

Although the word “karenderia”, which is a term used for the local eateries in the Philippines, may often be associated to small, food joints that are usually found by the roadside, Orange Karenderia, is a spacious resto, well-lit and very neat, which elevates “karenderia” to a higher level.

As I looked at the menu, one word caught my attention – EXOTIC. True enough, the staff came to our table and served us Crispy Tuna Bihod (Tuna Roe), which tasted crispy, chewy and different altogether. Then came the Betsy’s Garlic Chicken, Pork Barbeque, Crispy Tuna Bagaybay (Tuna Gonad), Chopsuey, Larang Endong (Moray Eel Soup), Tinola Mamsa (Jack Fish), and Crispy Tuna Buntot (Yellow-fin Tuna Tail). Their food falls within the P100 to P150 (USD 2.30 to 3.40) price range, which is very affordable. And the food fares are prepared on the spot, which makes them fresh and hot that appeals to one’s palate.

My favorite was the Larang Endong, which has a tangy and spicy kick to it. The Yellow-fin Tuna Tail was a surprise because as we cut pieces of the fish, we later discovered the fat, scrumptious part of the tuna, which was very delectable.

Orange Karenderia found a good spot along 22nd St., which is near Lacson St., the city’s main thoroughfare, making it very accessible to those who want to have a sumptuous meal.

Asked why they named their restaurant as Orange Karenderia, Chef Michael grinned and quipped, “It’s for the simple reason that it’s the favorite color of my dad.” A very straightforward and simple answer. And like the fruit orange, you’ll always find a tangy and appetizing reason why you’d want to come back to Orange Karenderia for more.

6 thoughts on “First-time in Orange Karenderia”