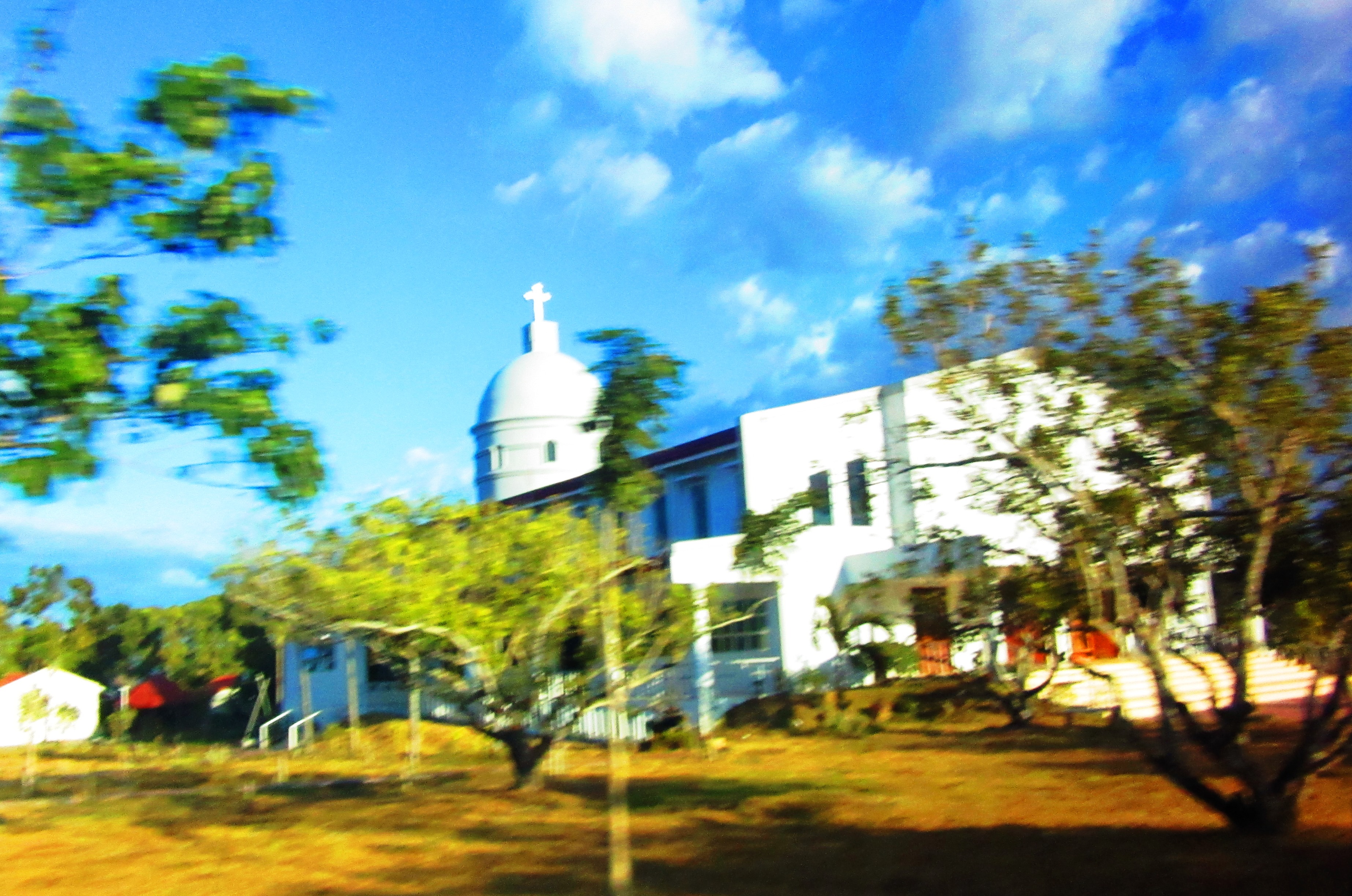 When I tagged along with my DOT-accredited tour guide friends, Maricar and Artie, to Salvador Benedicto, they were talking about the Lux Mundi monastery in Murcia, a town between Bacolod City and Salvador Benedicto. They were planning to visit the monastery the day after but as we left Balokon Spring Resort earlier than planned, we had ample time to check out the monastery.

The entrance to the school and monastery.

Maricar shared that she thought it was only the San Diego Pro-Cathedral that is a domed church in the province of Negros Occidental until she heard of the church in Lux Mundi monastery. On our way from Bacolod to Salvador Benedicto, I have already seen the dome from the highway. When we were making our descent from the highlands back to the city, we made a side trip to see it up close.

The silhouette of the dome of the church as the sun sets at the horizon.

From the highway, we passed by Murcia’s plaza. Instead of turning left towards Mansilingan, Bacolod City we went straight and turned right at the end of the plaza. There was a tiny road there which we entered which led us to the Lux Mundi Monastery.

The facade of the church.

At the gate, the signage Catholic Ming Yuan College came into view. We asked the guard if we can take a visit at the church and he let us in. Our van brought us behind the school building where the church, St. John the Baptist Oratorium, is located. It looked modern with its angular façade, airy interiors, and minimalist feel.

The neat and spacious interiors.

The altar beneath the dome.

A Chinese priest who was jogging within the area toured us around the place. There were students who also live in the compound. There quarters could be found behind the church. The belfry could also be seen there, along with a statue of a priest.

This shrine behind the church.

We walked further and the priest pointed us to their demo farm. There was a fish pond with ducks near it and some free-range chicken at the right. At a distance was the piggery but we decided not to walk there as the sun was already starting to set. The place was huge because there was still a huge space for their demo farm.

The pond near the quarters.

The priest explained to us that they offer business entrepreneurship and other courses. As we walked back to our vehicle we encountered two Chinese nuns as well. We bid goodbye to them and thanked them for accommodating us although we went there unannounced.

Ducks and geese could be seen near the pond.

I never thought such school ever existed. I’m glad that I joined my friends and that we made a side trip to the Lux Mundi Monastery and the Catholic Ming Yuan College property.

A flower near the pond area.