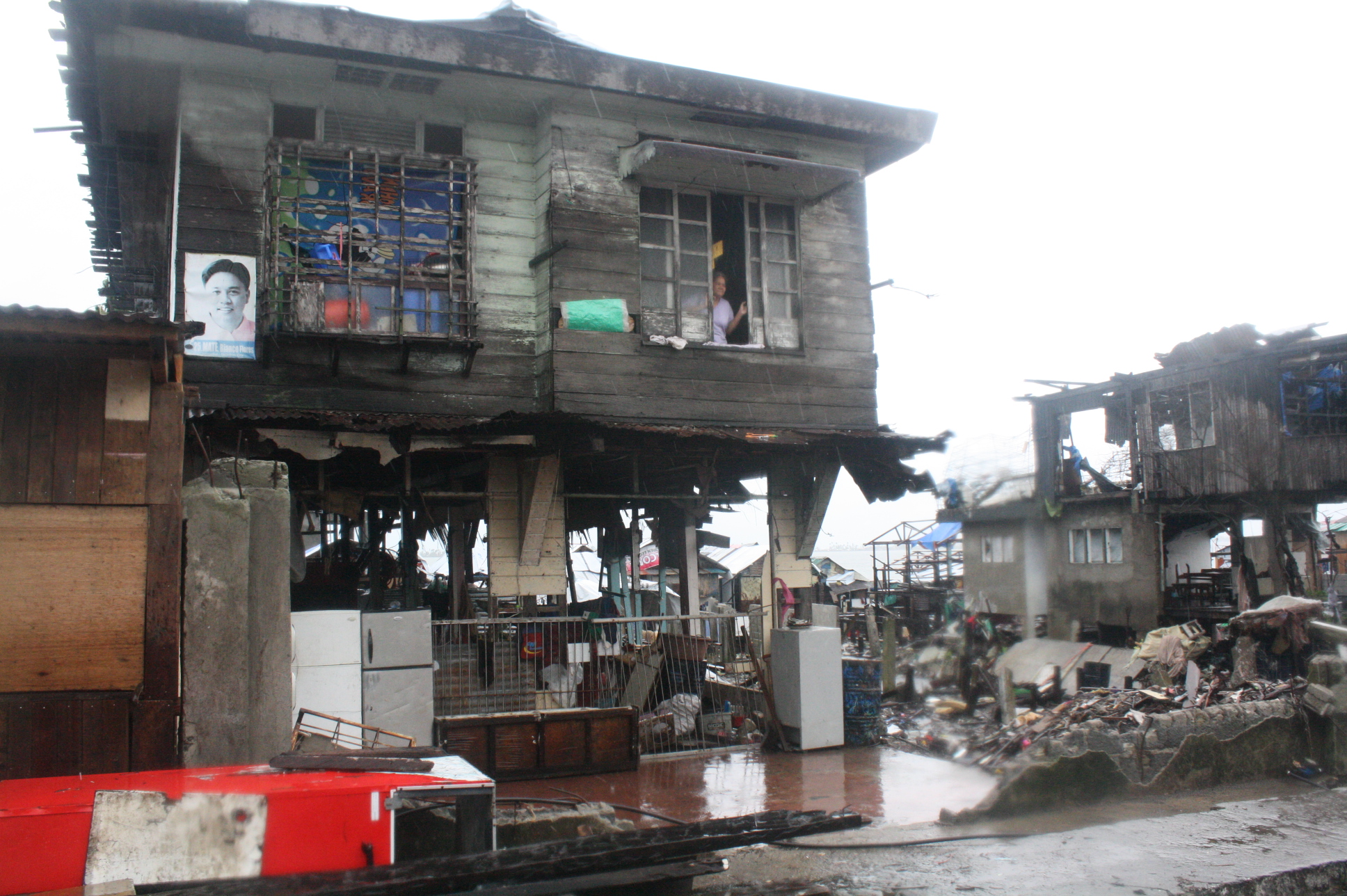 It was March of last year when I received a message from a fellow volunteer of Hands On Manila about a plan to go on a trip to Tacloban, Leyte in January 2014 through a seat sale promo by an airline. Tacloban is known for landmarks, such as the MacArthur landing site and San Juanico bridge, the longest bridge in the Philippines. The plan was that we would go around Leyte’s major tourist spots and also visit the neighboring province of Samar. We even contemplated of taking a ferry to Cebu for the Sinulog festivities. It was all a fun trip, something that many of us volunteers have always been doing for the past years.

A bunch of us responded to the invite and we had almost a year to look forward to this excursion. That was until typhoon Yolanda (international name: Haiyan) struck the Eastern Visayas region last November. With all the devastation and the need to help those affected by the disaster, plus our volunteering spirit that bind this traveling group together, we decided to turn our vacation into a mission trip. More Hands On Manila volunteer sherpas (that’s what we call our volunteer leaders or guides) jumped in and our group ballooned to 17, not counting those who cancelled last minute.

Plans were put in place – some contacted friends from other non-profit organizations operating in Tacloban, others asked friends and business contacts to donate materials, while others helped in the bookings and logistics. We were able to gather a lot of items that we ended up helping three communities in Leyte and Samar.

The team with M.Y. Rights partners.

The day finally arrived. Some of us went to the airport as early as midnight. I, myself, was excited with my first trip to Leyte and Samar as I knew it would be a memorable one. We had an early morning flight and we gathered over two hours before our flight so we could check-in all the donated items together, which totaled to 27 boxes and a few bags.

Volunteers getting busy unpacking the goods and re-packing our loot bags.

We landed at the Tacloban airport on a rainy morning, with the sun nowhere in sight. The scene that greeted us seemed like typhoon Yolanda happened just a week ago even when the disaster actually occurred almost two months past. To think the city is getting back to normalcy, with water and electricity already available in major areas. Some clean-ups were also being done. Still, many of Tacloban’s barangays were converted into a huge dumping site and junk shop as remnants of destroyed homes were piled up by the sides of the road.

As soon as we arrived at Welcome Home Pensione where we were billeted, we dumped our stuff, took breakfast at Potluck Canteen across the street, and got busy packing the loot bags for children.

Some of the items given to kids as donated by a volunteer.

Thanks to various donors we were able to put together a loot bag (the bag was courtesy of Ayala Malls) of: Western Union plastic envelope, crayons, pencil, comb, story book, coloring book and a raincoat or a bag, plus some food items.

Vegetables! Kids played and learned a lesson on healthy foods.

We met up with our partners from M.Y. Rights (Mind Your Rights), led by Emanuel Bagual, at the Tacloban Department of Education office. The building itself was heavily damaged. Our partners rode their bicycles and we followed their lead, along with a TV network trailing behind them. We headed to Barangay 52 where hundreds of children were gathered underneath a makeshift tent to take shelter from the rain.

A child excitedly wore her raincoat as volunteers assisted her.

Immediately, we conducted a short game about eating vegetables and healthy food. Then, due to the weather, we distributed our loot bags to over 200 children. Some of them excitedly wore their raincoats to protect them from the continuing drizzle while others happily hugged their stuffed toys and browsed through their books.

A kid received a stuffed toy donated by a child in Manila.

I looked around and saw homes without walls and roofs. A makeshift stall was erected along the street where a vendor was selling a few fishes and vegetables just to get by for the day.

Returning to our pension house, we again packed another set of loot bags. This time, they were for the households of Barangay 67 in Anibong. We put some umbrellas, cooking utensils, seeds, calendars and other donations we gathered prior to our trip.

Mothers receive their kitchen utensils, umbrella and other items.

Anibong is another coastal area in Tacloban and since it was near the port area, many ships and containers were washed ashore, destroying houses along the way. One large ship almost blocked the highway and became a landmark to locals and visitors alike.

Others converted the containers into small shops. Some made it their homes. At the time when we passed by the area, volunteers were still cleaning up as plenty of work still needs to be done.

Volunteers organized some games for the kids.

The day after, we crossed San Juanico Bridge over to Eastern Samar to distribute more goods to families in Basey. One of our companions had relatives there and they played hosts to us. It was a fun day playing with the children from the community, while the mothers and fathers were equally ecstatic over our visit.

Children browse through the books they received.

Our hosts cooked for us their local delicacy, the tamalos, along with other food, including crabs and shrimps that they had to buy from a faraway place.

For the entire weekend, we were mostly on the road seeing many slices of life, signifying that towns and areas affected by typhoon Yolanda were on their way to normalcy. A job fair in a school, a small stall vending cigarettes in a corner, a packed church on a Sunday afternoon – locals are getting back onto their feet. Filipino and foreign workers and volunteers from various foundations and non-profit institutions were visible throughout Tacloban and Basey.

Yet, more are still needed to be done. Huge infrastructure projects still have to be put in place. There’s still room for anyone who wants to go to Leyte and Samar to help. You, too, can offer something and receive the joy in helping.

Our story made it to the GMA News Online website. Thanks to Howie Severino, whom we met at the pension house, where he also stayed. Read the article here.

← Eat is Bacolod! ← First-time in Tacloban