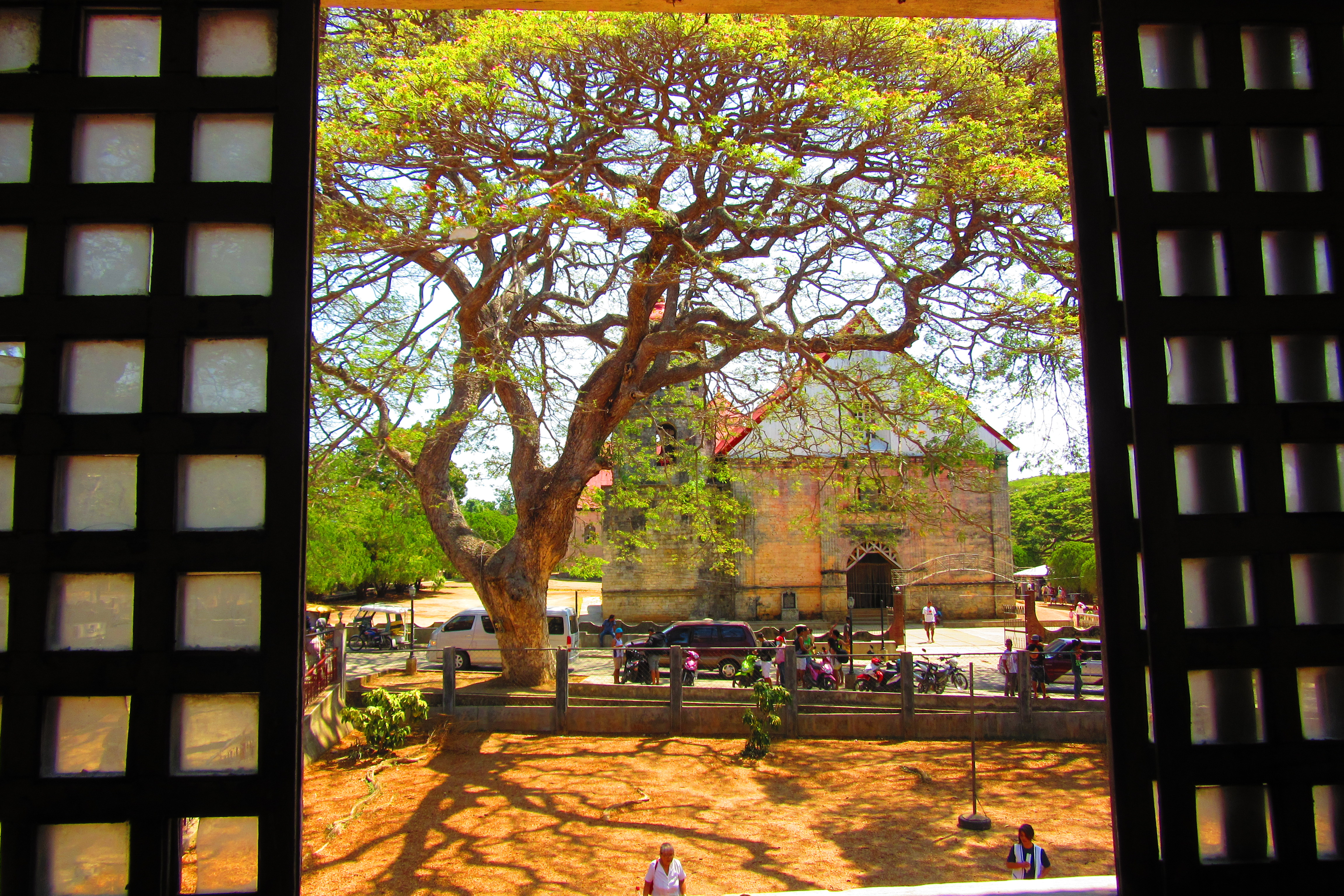 So,  I was able to enjoy the natural attractions of Siquijor Island. But apart from its beaches, waterfalls, springs, and other natural beauties, Siquijor is also rich in history, with a number of heritage churches sprawled across the six municipalities of the island.


It was under Spanish rule during the 16th century. Agustinian Recollects and other religious groups helped established the various parishes in Siquijor.

Upon arrival at the Siquijor port, the St. Francis of Assisi Church is there to welcome visitors and returning locals.

The St. Francis of Assisi Church or Siquijor Church welcomes travelers to the island.

Often called as the Siquijor Church, the St. Francis of Assisi parish was established by secular priests on February 1, 1783 with St. Francis of Assisi as their patron. It was turned to Recollect priests in 1793. A secular lay, P. Setten, began the construction of the stone structure, under the supervision of P. Alonso de los Dolores from 1795 to 1831. A convent was also built to hide people to defend the island from pirates.

The church up close.

There was a mass going on when we visited the church so I wasn’t able to get photos of its interiors. The church is made of coral stone and has undergone renovations and rehabilitations in the past. At the door, by the end of the arch, was a carved figure of a lion.

A relief carving of a lion. Or is that another animal?

A few meters from the church is the bell tower, built on an elevated portion, which said to also doubled as a watch tower.

Right in the town of San Juan, the southwestern part of the island, is the San Agustin Church, often called as the Macapilay Church. It overlooks the Capilay Spring Park, at the heart of San Juan.

Capilay Spring Park as seen from the church grounds.

It’s a century old parish, having been part of the Siquijor parish before it became an independent parish in 1863. The church itself looks new but the belfry shows evidence of many years of history and wear and tear.

The bell tower, in a hexagonal shape.

Since we stayed at the town of San Juan, we went to San Agustin Church to attend to the Holy Thursday proceedings and the Easter Vigil Mass. I’ve never really explored the church that much.

Among the churches that we visited in Siquijor Island, this one is by far the most impressive to me. The San Isidro Labrador church is located in the town of Lazi, near the coast. It has wide grounds with old trees lining up its street. It has beautiful relief designs on its façade.

The description at the church states that the parish was established by Agustinian Recollects in 1857. The church was built on coral stones and wood and was finished by local artisans in 1884.

The inscription about the church.

Beautiful carving at the facade of the church.

The church’s interiors are aged, with some of the wooden floor tiles already getting detached from the pavement. The baptistery was also spectacular, with a painting of Jesus being baptized by John.

Interestingly, atop the summit of the church’s main roof was an icon. It must be of San Isidro Labrador, the patron of the parish.

An icon atop the roof of the church.

The San Isidro Labrador Convent across the church.

With an area of 42 by 38 meters, the convent is one of the largest in the country. When we explored the convent, it looked like it’s being used as a school.

The arches of the convent.

A classroom setting inside the convent.

The spacious interiors of the convent.

There was also a museum inside the convent but photos were not allowed inside. Paintings, icons, and other religious paraphernalia and documents could be found in the museum.

The museum inside the convent. No picture-taking please.

Our Lady of Divine Providence Church

Located in the town of Maria, the Our Lady of Divine Providence Church  was built in 1887. The church looks old save for the portico at the entrance that was painted in white and blue. The entrance doors also have the 10 commandments carved on them. Interestingly, the belfry was hexagonal in shape.

Our Lady of Divine Providence Church in Maria, Siquijor.

Inside the church, the way of the cross are painted on the upper walls as murals. Once you enter the church, face the wall instead of the altar and you will see a huge mural of the church.

The church interiors facing the altar.

When you face the main door, you will find these huge murals on the wall.

There was also a statue of Saint Rita of Cascia and a story of her life.

I have observed that most of these churches have nets or rope curtains on its doors. We figured that it must be to ward off birds. Some of them have already made these churches as their homes.

Birds outside the church.

The heritage structures are some of Siquijor’s treasures. We were blessed to have visited them on a holy week. It is important that we preserve them. For visitors, let us make sure that we do not damage any of the structures. For locals, let us be guardians of our heritage gems to ensure that our children and our children’s children will still be able to enjoy their beauty and relive the stories they have left behind. We must all work together in safeguarding these historical structures in Siquijor.

16 thoughts on “5 Heritage Landmarks in Siquijor”