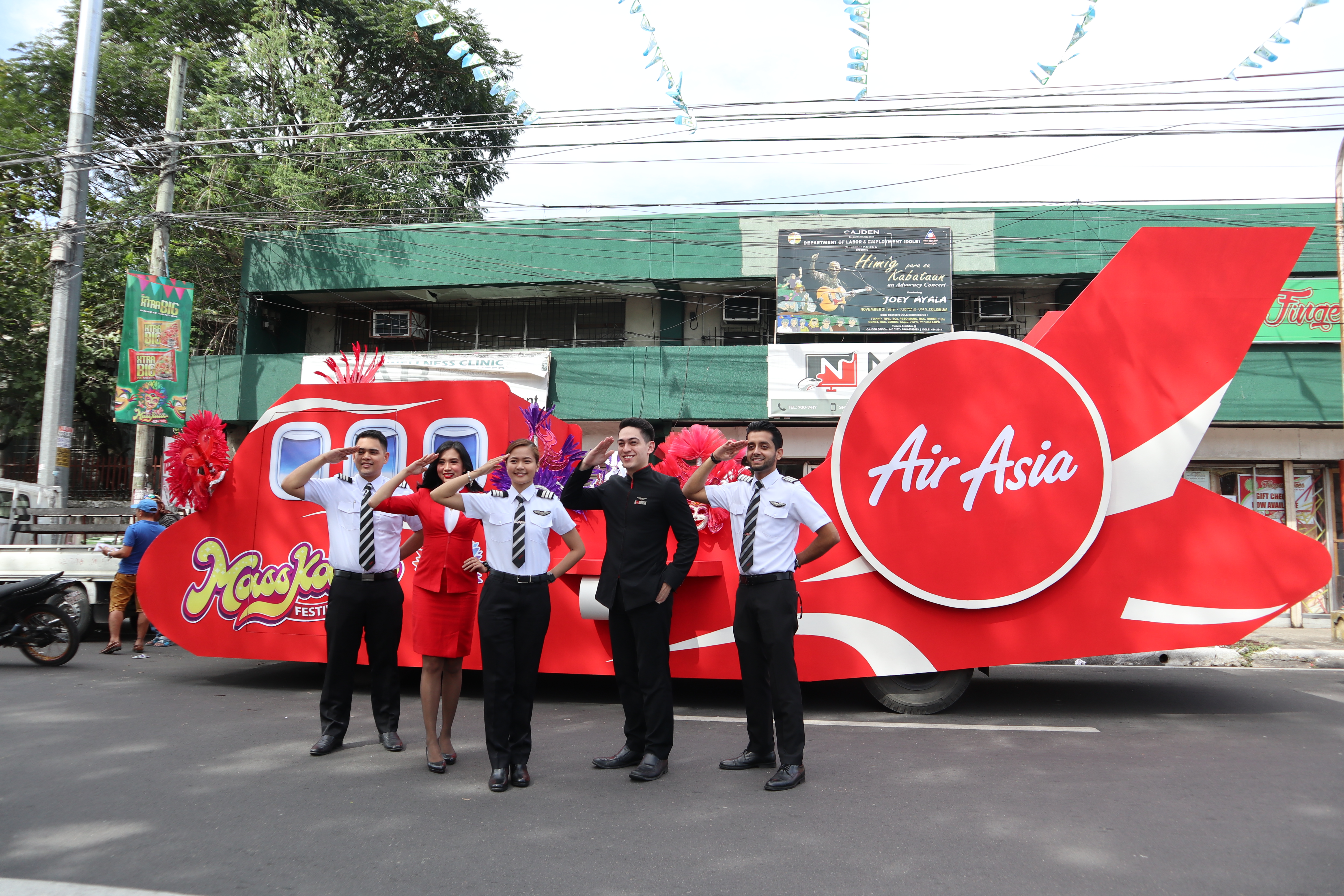 There are more reasons to fly and visit Bacolod City and the various towns and cities in the province of Negros Occidental as AirAsia, the world’s best low-cost airline, launched its daily flights between Manila and Bacolod. The maiden flight was held during the highlight of the 40th MassKara Festival of the City of Smiles.

AirAsia made its presence felt at the MassKara Festival, particularly at the Electric MassKara, the Street and Arena Dance Competition and the MassKara Queen Pageant and Coronation Night.

The initial flight was also full of fun and festivities as games were held during the flight and a water cannon ceremony followed as the aircraft landed at the Bacolod-Silay International Airport. Flying guests and VIPs were welcomed by Bacolod City Mayor Evelio Leonardia with MassKara dancers and drumbeaters.

AirAsia Philippines CEO Ricardo P Isla remarked, “We are excited to celebrate this milestone and to paint the Negros Island skies red. AirAsia’s presence in the region will make air travel more affordable not just for the Negrenses but for everyone who wants to explore this part of the country.”

Visiting Bacolod City and the province of Negros Occidental for the first-time? Here are informative posts for you:

With only two months left in 2019, AirAsia is sending off the year with one final BIG Sale and 6 million promotional seats up for grabs.

The last AirAsia BIG Sale of the year will not only see flights on sale but also hotels, activity deals, holiday packages and everything else you need, all on airasia.com.

The last AirAsia BIG Sale of the year will not only see flights on sale but also hotels, activity deals, holiday packages and everything else you need, all on airasia.com.

Enjoy more comfort and up to 20% savings with Value Pack, our popular bundle that includes meal and seat selections, insurance and 20kg baggage. Need to carry more things on your travels? Now you can upgrade to 25kg baggage or more at a special discount. Value Pack and baggage promo are available for purchase during flight bookings only.

AirAsia BIG Members, BigPay users and AirAsia Credit Cardholders will be able to take advantage of 24-hour priority access to the sale from 3 November 2019 (0001h GMT +8). Simply log in as a BIG Member on airasia.com to access seats, hotels and activities at the lowest fares.BIG Members will also be able to redeem promotional seats from as little as 500 BIG Points one way on airasiabig.com and the AirAsia BIG mobile app.

Guests who wish to make changes to their booking or purchase additional add-ons such as pre-booked Santan meals may do so via the My Bookings page in just three simple steps – Enter, Select and Pay!

← 9 Things to do in Rapha Valley ← Negros Food Juanders