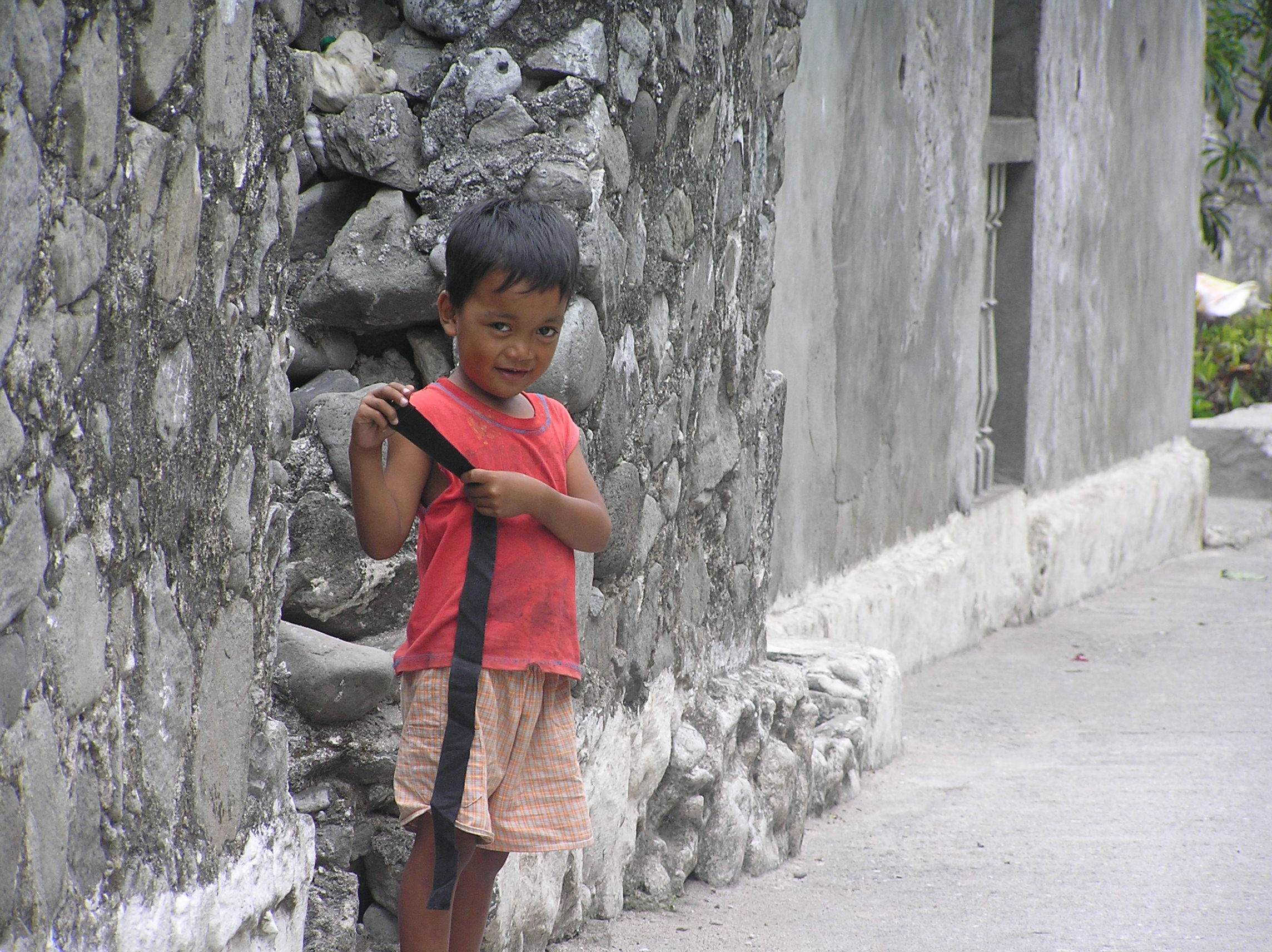 In this particular trip, I realized that I have paid a lot of attention to the people I’ve been with and I met in the journey. I’m not sure if it was the isolation of Batanes from the rest of the Philippines, perched atop this archipelagic nation. Or, it must be the green rolling hills and the freedom one finds in being on top of the world, gazing at the South China Sea or the Pacific Ocean without a care of the world. Or simply put, the Ivatans are people who are open to those who brave the seas to get to their land, and such openness rubs off to all their visitors.

This trip was a reunion of sorts for my friends and Gwadz, who came home from the US for a short break. Gwadz has been one of my travel companions in our group escapades and, now that she’s in the Philippines, the Batanes trip was her first adventure. She also invited her friend who was also home from the US. Landie was also on vacation and he decided to join our exciting journey to elusive Batanes.

Rezza is one of my friends I often hang out with. But it seems that with all the travels our friends have done, this was the first time that we truly traveled together for a vacation. Her office mate, Lissie, had wanted to go on a vacation and having heard of our trip, immediately decided to buy a ticket on our flight. Landie and Lissie are new travel companions I only met through this trip. Hopefully, they’ll be our companions in our other travels in the future.

The gang that headed to Batanes together.

We’ve also made friends with people who have hosted us in Batanes. Rema, of Pension Ivatan, and Jack, our tour guide, waited for us at the airport. Although it was part of Rema’s job to oversee our needs, she has treated us as her friends. Jack, along with our driver, Mark, was our constant companion throughout the journey. In fact, they’ve become so comfortable with us that they also joined us in our fun jump shots. Ms. Tess, the proprietor of Pension Ivatan, went out of her way to make our stay enjoyable. She’d fuss over us during meal time, making sure we were satisfied. It seemed that our relationship with her was more than just hotelier-client as she was sincerely genial with us.

We’ve made friends with fellow travelers as well. We were in front of a church, taking pictures under the dusky sky, when a woman approached us and asked us to take her picture at the church’s facade. The small favor turned into a chat until we already invited her to join us for dinner. Her name was Tata and she was working with Cathay Pacific. She was lucky enough to get a seat on the always fully booked flights to Batanes, but her friends were not as fortunate as her. We’ve bumped into her a few times in our tour and we’ve invited her again for a dinner the second time.

While we were in town waiting for our companions buying some stuff, a Caucasian approached our jeepney and thought we were on hire. But we politely told him that we were on a private tour and we weren’t accepting other passengers on board. He flatly apologized and went his way. We saw him again and waved at him. A day after he stopped by our cottage as he walked towards the boulder beach. We never got his name but we were ready to exchange smiles whenever we cross each other’s paths.

I was extremely fond of the children I met at Batanes. I was strolling along the deserted Savidug street taking pictures of houses when I saw a girl coming out of one of the houses. Her name was Sophie and she eagerly posed for the camera. She even accompanied me to the end of the street.

In the village of Chavayan I met this all-smiles face of a little girl while I was sipping my fresh coconut juice. I offered her some but she only moved her head from left to right while still wearing her smile. She was Chim-Chim. When I asked her how many years old she was, she moved her head left to right. I joked at her if she doesn’t have an age, but she only smiled. I don’t know if she didn’t understand me or if she was shy. Definitely, she wasn’t deaf because she told me her name. A young boy approached me and told me Chim-Chim was three years old already.

I found Johannes hiding behind a bush at the gardens of the San Carlos Borromeo Church. He was catching glimpses of my friends buying locally made ice cream. I asked him if he’d like to have a cone of ice cream. He smiled and nodded his head. As he reached for the ice cream, I told him to study well and to finish his schooling, to which he agreed. There were so many other children around Batanes who readily smile at their visitors, but I was not able to get their names.

If there were youngsters, there were also friendly senior citizens of Batanes. Lolo (our local term for “grandpa”) Marcelo and Lola Florestita topped my list. Both were accommodating to tourists, as if they were used to having visitors every now and then. While Lolo Marcelo is the oldest man in the province, if not in the entire country, at 103 years old, Lola Florestita lives in one of the oldest houses in Batan Island. They both openly talked about their lives, on our separate interviews with them. I also met Didong Labrador, the ice cream vendor. He wasn’t that too old but he seemed to be a respected person in Batanes because of his business.

In the smallness of Batanes, it seemed everyone are friends and relatives. It’s the comfort of their communities that also entice people to stay a little longer. Maybe, in the future, I’d be able to revisit their place and renew friendships in Batanes.

3 thoughts on “First-time acquaintances in Batanes”