First-time at the Phaya Thai Palace 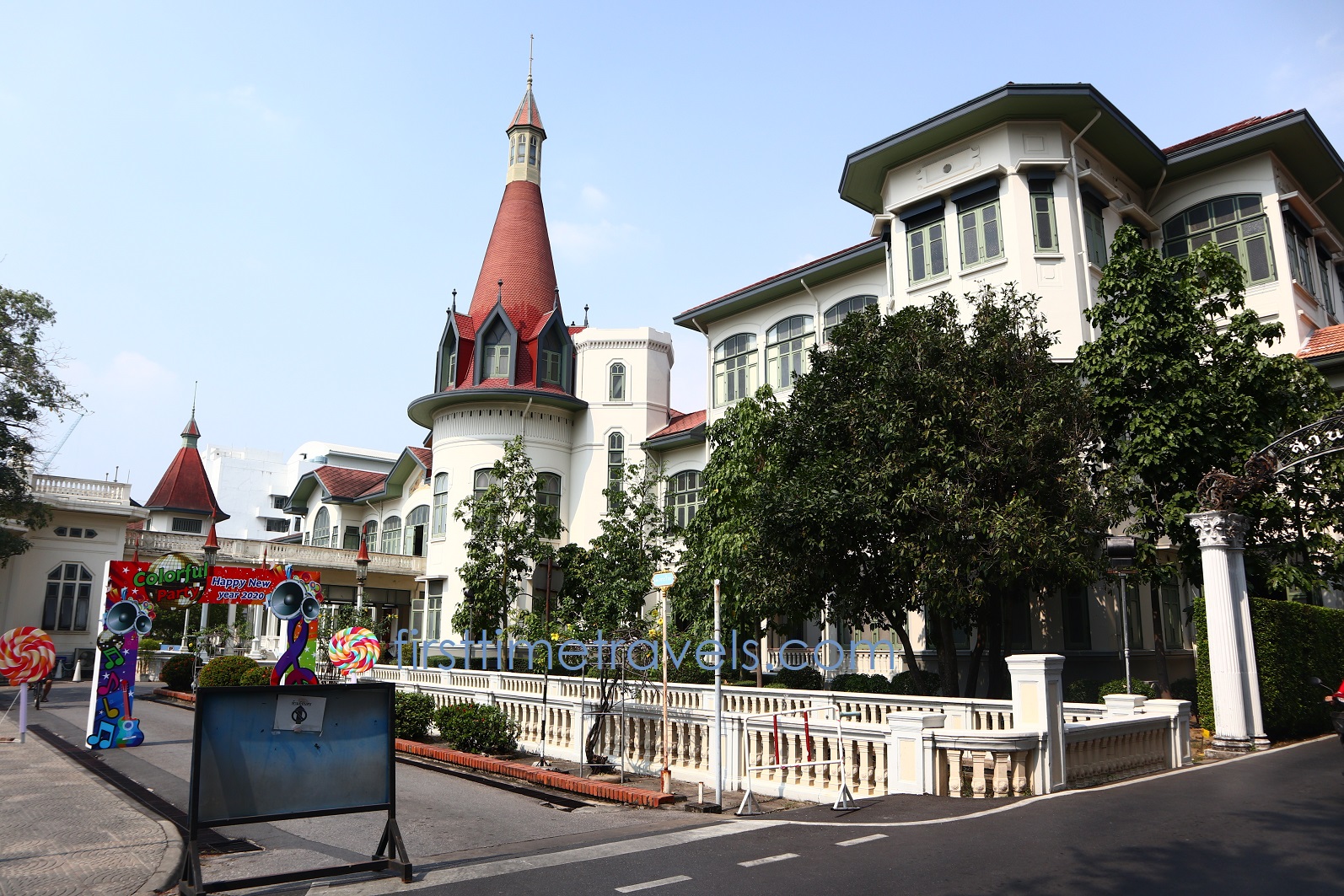 It was a warm afternoon when we arrived at the Phaya Thai Palace or Phya Thai Palace in Bangkok’s Ratchathewi District. It plays a significant part in the royal family of Thailand as it was a Royal Residence during the reign of King Chulalongkorn or King Rama V.

When we got there, there were only a few of us inquiring about the building. The staff told us that they normally do not give an English tour but the volunteers who are helping them in the upkeep of the property gave us a tour in English, even when they found it a bit challenging. I commend our guide who did it really well and tried his very best even though he was not obligated to conduct the tour in English. Before I take you to our Phaya Thai Palace experience, here are a few important points about the place:

Some may have viewed Phaya Thai Palace when it became the 8th pit stop at the Amazing Race 14. But there’s more to it than just an old building. It was originally a farm where King Rama V could unwind and practice agriculture. Later on, it was used as a residence of Queen Siphatcharin, who is also known as Queen Mother Sri Bajrindra, a titled bestowed by his son, King Rama VI (King Vajiravudh). But when she passed away, King Rama VI used the property to build a new palace for himself.

During the last years of King Rama VI’s reign, he consulted his younger brother, who later became King Rama VII (King Prajadhipok), regarding the palace. At King Rama VII’s time on the throne, he accomplished the project in converting the palace into the Phaya Thai Palace Hotel in 1926. However, it didn’t last long and stayed as an international hotel only for five years.

Soon after, it became the location of the first Thai radio broadcasting station. When a change of regime took place, the Bangkok military medical division transferred to the Phaya Thai Palace in 1932 and changed its name to Pramongkutklao Hospital. At present, the palace is being converted into a museum that the public can visit.

What can be seen within the Phaya Thai Palace compound are the following: