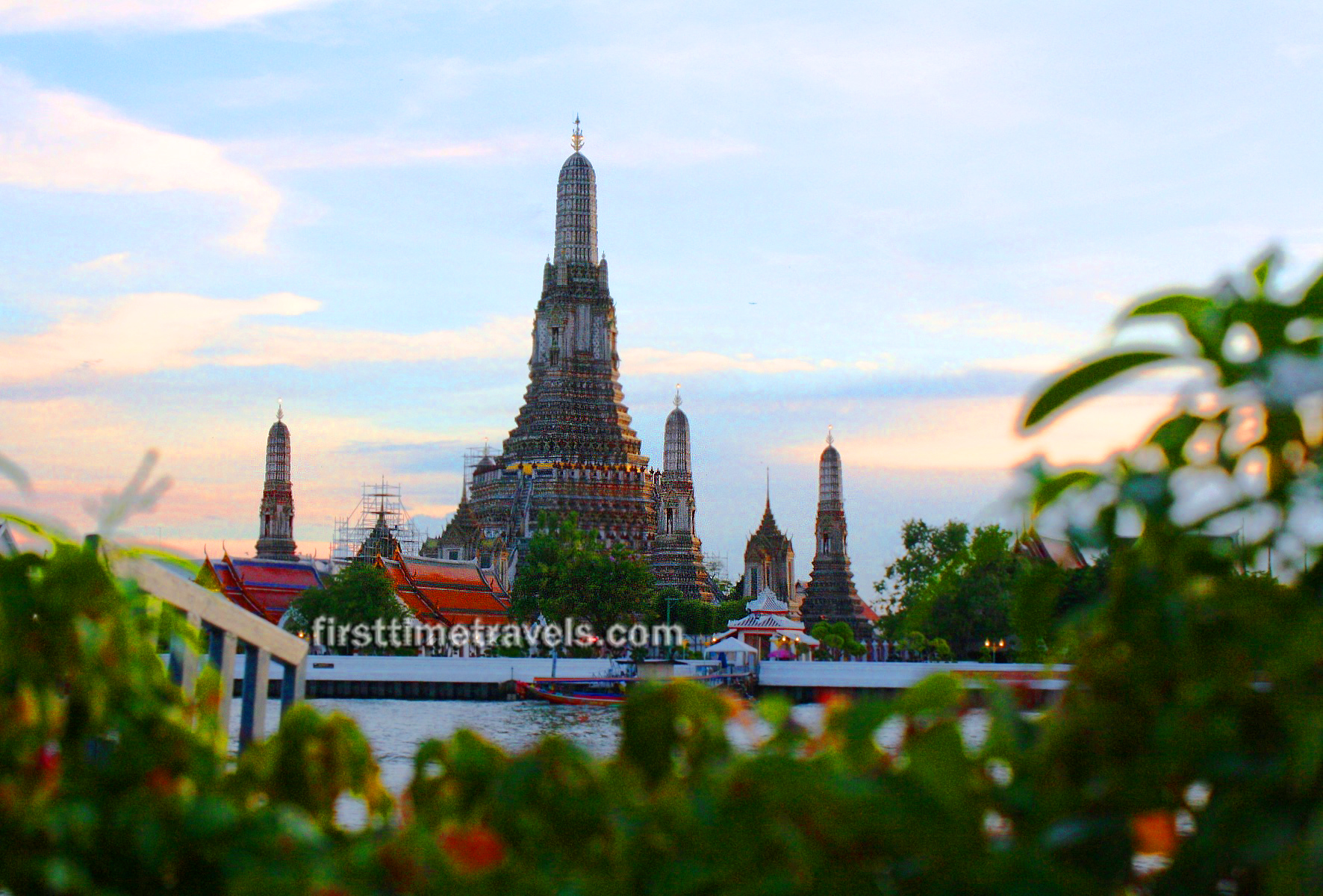 I still recall the time when I got my first passport. The excitement and thrill of a first trip abroad has brought me sleepless nights. My destination: Bangkok, Thailand.


I gathered all information I could about Bangkok. I surfed the net, read travel books and asked my friends who had gone there. The purpose of my travel was to attend a three-day conference but my colleagues and I opted to stay for two weeks since it was holy week in the Philippines and Songkran in Thailand. It is a great opportunity for us to do some sightseeing and shopping as well.

Arriving at the airport at midnight didn’t seem to be a good start. But it wasn’t the case. My friends were having so much fun that we were just laughing and joking around while queuing at the immigration. The highways were deserted and we reached the hotel in just a few minutes despite its distance from the airport.

During the three-day conference we were treated to a dinner on boat at the Chao Praya River. The view of the palace from the river took my breath away. The cool breeze of the wind gently touched my skin. It was a dining experience like no other.

The next day, we were given a field assignment to interview some Thai families in a slum area. Families huddle in a small local store and around a street vendor selling some toasted bugs & crickets. It’s my first time to see such street food despite the weird stuffs I tried back home. The primary means of living of the people there were selling scraps from junk.

When the conference was over, it was tour time for us. A Thai friend took us to the palace, temples, and MBK–a large mall popular for its bargain goods. At night, we braved the night market situated at the heart of the red light district. Shoppers haggling with shopkeepers while women luring foreigners to the girlie bars in the background is an ordinary sight in the streets of Patphong.

Surely, Bangkok is one city bustling with shoppers, businessmen and tourists welcoming them with open arms to its bosom. Wherever you go, you will be greeted by Thais who bow down to perform the customary ‘wai’. Now, I understand why Thais are known to be peace-loving people. It is because Bangkok can still maintain its grace & splendor even with its colorful stories hidden behind its humble serene smile.

Bangkok is fast becoming the shopping capital in the Southeast Asia region with its cheap goods and tourist-friendly environment. There’s a night market and a weekend market apart from other shopping havens found all over the metropolis. Although locals could not fluently communicate in English, their peaceful disposition, humble character and warm smile are enough to entice tourists to keep on coming back to Bangkok.

The food is also a great come-on to Westerns and Asians, alike. Tourists bear the piquancy of its food just to enjoy the delicious spicy Thai cuisine. But apart from the food and people, tourists flock to this Asian city also to get a taste of its popular night spots. Patphong is always a favorite destination for both genders. This is where most men relax and unwind at night while ladies like us, visit the famous night markets.

Everything is cheap in this place which is why most multinational offices set up their regional offices in this country. What also brings others to Bangkok is the opportunity to visit the major temples or “Wats” like the one that houses the Reclining Buddha. The temples and the palace is the major attraction in the Kingdom of Thailand. The royalty is highly revered and loved. There is even a park named after their queen, Queen Sirikit.

It is also in Bangkok where people find great massages and other activities like watching kick boxing. Their zoo boasts of having the rare white tiger in their custody. And, of course, elephants are one of the main attractions.

The sky train is the most convenient form of transportation. It can take you to major points in the city and there are free bus services that ply the minor roads from the sky train stations.

There are also tuktuks available, or the carriages drawn by motorcycles, and it is such an experience to try riding them. But it is so open that it is advisable only for short distances. There are also buses and taxis that ply the city. Taxis come in cheap and quite safe but it is always best to take care of your belongings and make sure you have your hotel’s call card to show to taxi drivers in case you get lost.

Chatuchak is like a small city in itself. The market is already divided into areas depending on the merchandise they are selling. There is an area for dry goods like clothes, bags and shoes. There is also an area allotted for household fixtures. Plants and raw food are also sold in one of the market’s section. It is quite big but still very much crowded because most people come here on weekends to buy things in bulk.

They are cheap when you buy in big quantities, but you still need to have a skill in bargaining. Ask first the prices they offer and settle to the one selling the cheapest price. So as to avoid getting lost, mark down the stall name and number and check the market’s map for reference. Chatuchak is accessible, being the last stop of the BTS (Sky train). Shoppers can easily go there and hail a cab along the highway.

Cabbages and Condoms at Soi 12, Sukumvit

Because Thailand is experiencing a threat with its high statistics of AIDS cases, this restaurant is offering not only great-tasting Thai food but is also advocating for safe sex, thus, named Cabbages and Condoms. There are different souvenir items at the entrance of the restaurant, some of which are shaped as condoms.

The food is excellent and many tourists come here to partake of their delicious offering. There are air conditioned rooms but there are also outdoor dining areas that have a cozy atmosphere. My friends and I opted for the area on the open-air at the second floor beneath a large tree with Christmas lights hanging from the branches. I ordered a delicious Thai fish soup and fresh coconut juice.

I have visited Bangkok more than five times since then. I discovered more places to visit every time I go back there. You can check other related posts on Bangkok.

4 thoughts on “First-time in Bangkok”