First-time in the Royal Project 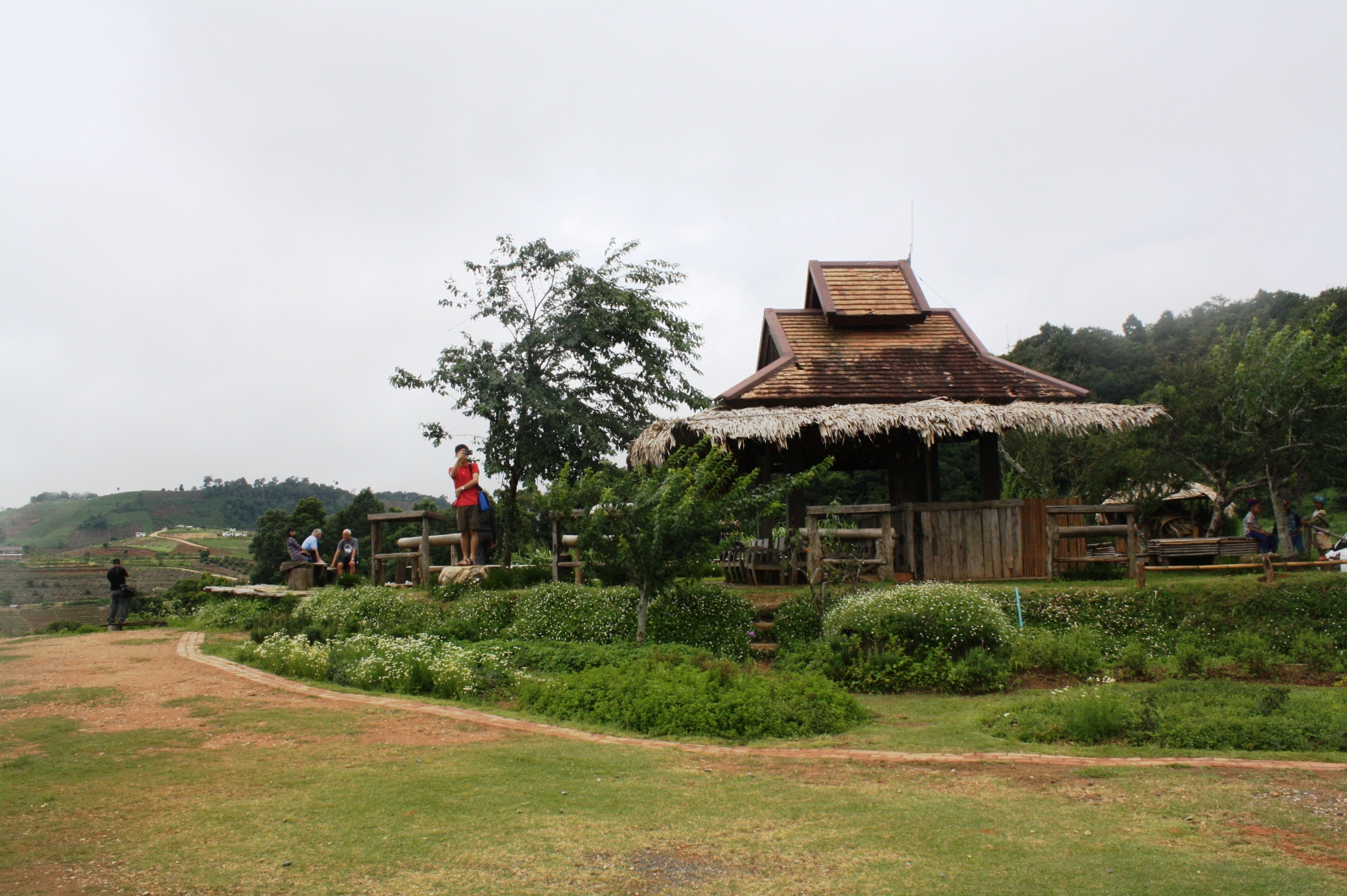 I was standing there seemingly on top of the world as the cloud covered portions of the place where we were standing. Down below was just all white. The other side of that hill was different though. Plantations, roads, and houses were visible as we stood there looking at the scenery before us.

On a personal note, this is probably what I consider as the highlight of my Chiang Mai trip, courtesy of the Thailand Convention & Exhibition Bureau (TCEB). Visiting Doi Mon Cham and the Nong Hoi Royal Development Center in the Mae Rim District opened my eyes to the possibility of reviving the lush green plantations and forests in the mountains, given the ongoing infrastructure development we experience worldwide that often affect the environment.

Plantations in the hill areas of Mae Rim District.

But first, let me tell you about the Royal Development Center. The center is one of the 38 royal-initiative projects under His Majesty King Bhumibol Adulyadej. The Royal Project was founded in 1969 to solve the problems of deforestation, poverty and opium production by promoting alternative crops. During a visit in a hill-tribe village in Doi Pui, His Majesty learned that a peach tree variety provided local farmers with higher income than the opium poppy. His majesty realized that alternative agriculture including fruit trees as a major component could help replace opium, resulting to higher incomes and, thus, solving the problems of poverty, opium production and deforestation at the same time.

Looking down at more plantations.

Now, the Royal Project produces vegetables, herbs, fruits, flowers, cereals, beverage crops, and processed products, such as crispy fruit and vegetable snacks, herbal candies, herbal infusion, and cereal chips and bars, which the organizers have stocked in our van during our 5-day familiarization trip. These products are available in grocery stores, supermarkets, restaurants and retailers.

The Royal Project has been widely successful that it has also branched out into handicrafts, tourism, health services and health education. It was awarded the Ramon Magsaysay Award for International Understanding in 1988, and received accolades from the Colombo Plan Drug Advisory Program and the International Cooperation and Development Fund. Other countries have turned to the Royal Project to also help them replicate its success to their own communities.

The good news is that business groups who are looking for corporate social responsibility (CSR) activities for their incentives, meetings, and conferences can experience helping farmers of the Royal Project through tree planting and vegetable harvesting. Groups of 50 or less can also spend two to three days immersing with the local community through home stays.

The Royal Project is a good story to tell. As I looked at the hill-tribe children playing at Doi Mon Cham, I can’t help but smile knowing that they have a brighter future ahead of them, thanks to this initiative by His Majesty the King.