Deprecated: Methods with the same name as their class will not be constructors in a future version of PHP; stseocommentsp has a deprecated constructor in /var/www/wp-content/plugins/blog-comments-seo/blog-comments-seo.php on line 32
 Old Churches in South Iloilo | First-Time Travels 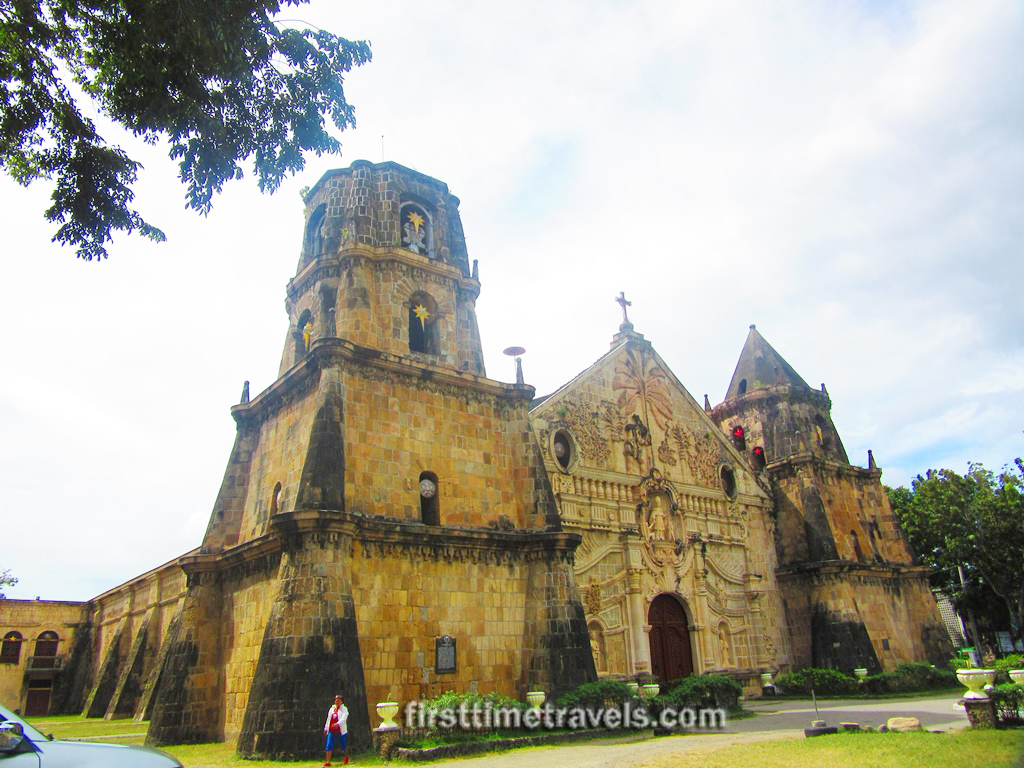 The last time I traversed the southern portion of the Iloilo province, as far as I can remember, was when I was in 6th grade during our educational trip. I know that there are wonderful old churches and heritage sites in this part of Panay Island and I was excited that we would be taking this route for our road trip towards the Antique province.


The old churches were interesting and we allotted a few minutes of stopover for  each site.

The Church of St. Anne is more known as the Molo Church and was constructed in 1869. It is of Gothic-Renaissance architecture. I have visited this church in 2014 and was able to look inside, which we were not able to do in our recent visit. There are paintings on the wall and several saints, many of them are female saints.

The heritage structure of the convent.

The Molo Convent up close.

The six Greek goddesses at the Molo Plaza.

The Molo Mansion is the Yusay-Consing Mansion that is locate at the other side of the Plaza, opposite the church. A private company has restored the company and now there is a store and coffee shop inside the premises. However, when we visited the mansion, there was nothing inside. We climbed the second floor expecting to see antique items but the interiors were bare.

The imposing facade of the Molo Mansion.

The view from the inside. The church’s towers loom ahead.

Saint John of Sahagun Church is a very artful church. The walls appeared to have what seemed to be mosaic paintings. But by closer look, it was a different version as the small tiles were painted over, yet still intricate nonetheless. The concave behind the altar has a massive artwork. The whole church and the convent beside it were constructed in 1867. There are also ruins behind the main structure.

This arch leads to the plaza and the church.

Another ornate arch for pedestrians.

The facade of the Saint John of Sahagun Church.

A closer look on the relief portion of the facade.

At the other side of the door.

The church interiors. The Stations of the Cross are presented as mosaic.

The altar and side altars are also filled with mosaic on its backdrop.

The Church of St. Nicolas of Tolentino was constructed initially around the 18th century, sometime between 1742 to 1753. We weren’t able to enter the church but from outside, it stood beautifully with the magnificent pillars on its façade. Along the same street of the church is the two-story old Municipal Hall, which is a spectacular sight from the highway.

The church’s facade is also eye-catching, especially the pillars outside.

The Sto. Tomas de Villanueva Parish Church is probably one of the most beautiful church façade I have seen. The relief on its front is fantastically made. It has been named as a UNESCO Heritage Site. The church was first constructed around 1787. The church was built like a fortress as protection from invaders. It was closed when we stopped by this church. I hope to see its interiors but the exteriors alone were enough to take my breath away.

The church is a UNESCO Heritage Site.

There’s a small rotunda in front of the church with this figure.

The bass relief has the image of Sto. Tomas de Villanueva, along with other saints and icons.

As an alumna of the University of the Philippines Diliman, I was really looking forward to visiting the UP-Visayas Miagao Campus. Good thing that it is also along the highway, so we made a quick stop. The Miagao campus is the main campus of the UP-Visayas system. The UP College of Fisheries was established in 1944 but the UP-Visayas was declared as an autonomous unit in 1979. The iconic oblation stood proud in front of the administration building within the campus. We took a few snapshot and went on our way, but it would be interesting to explore this campus in the future.

The road trip will not be complete for me without stopping at the Miagao Campus of UP Visayas. Shown here is the oblation.

Our last stop before we headed to Antique was the San Joaquin Cemetery. The church and the town center is off the highway. Since it was getting late, we decided to continue with our road trip, bypassing the San Joaquin church. But not the famous cemetery, which was built in the 1880s. The camposanto or the cemetery’s capilla, stood majestically on top of a flight of steps. The cemetery is considered as a National Cultural Treasure by the National Museum but treasure hunters have destroyed its foundation  that entry in the camposanto is now prohibited.

The camposanto sits regally on top of the steps.

Iloilo, as a province, is filled with other historical gems. Its capital, Iloilo City, alone has many heritage structures. It’s a wonderful place to drive around and travel down history lane.

This story is part of my Road Trip to South Iloilo to Antique.