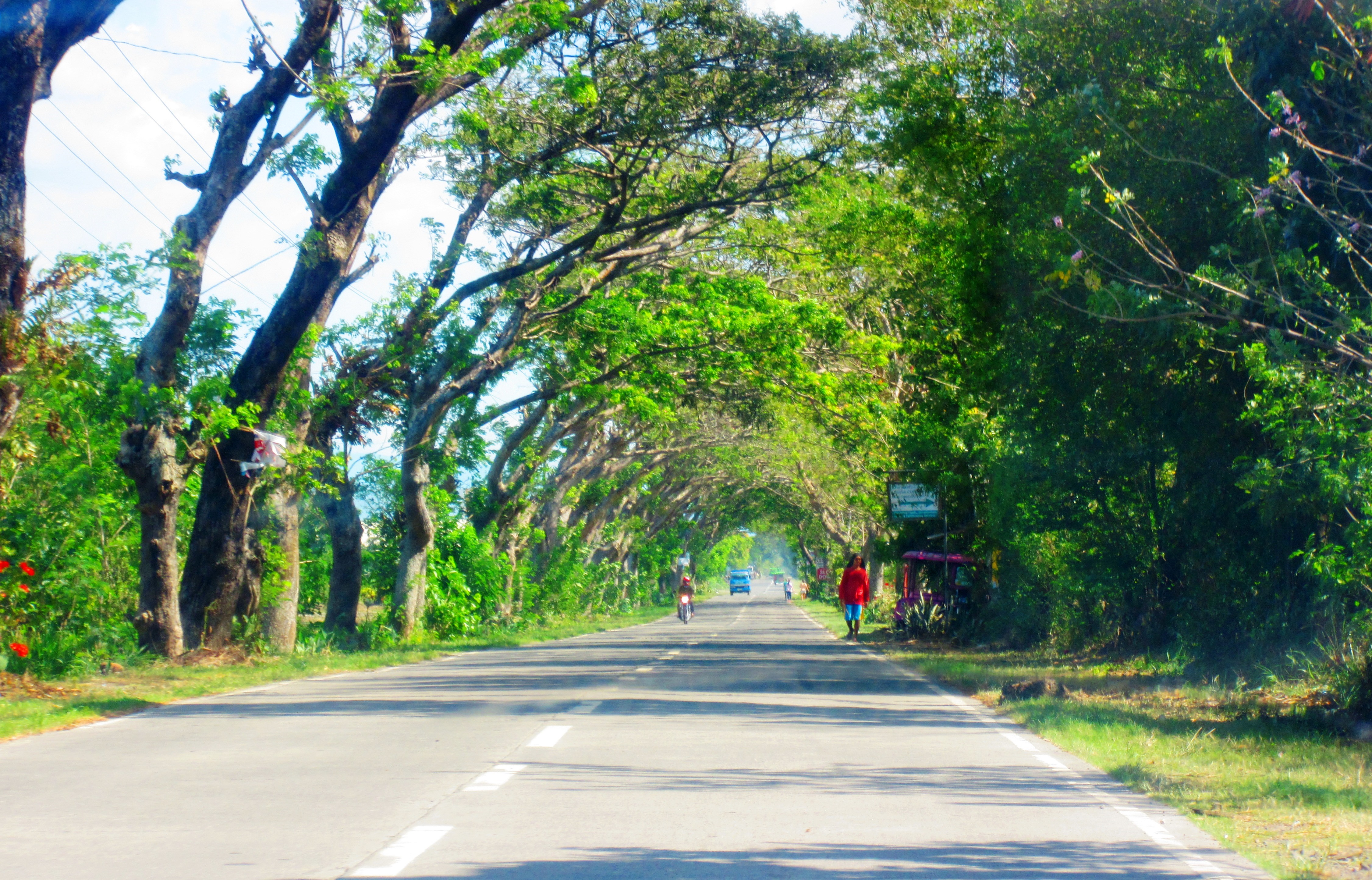 I have heard of the popular silk making industry in Bago City, Philippines that is run by OISCA, or Organization for Industrial, Spiritual & Cultural Advancement. The organization started in Japan in 1961 and the OISCA-Philippines Chapter was organized in Manila in 1965.

However, it was not until 1981 when the OISCA-Bago Training Center (OBTC) was set up in Brgy. Tabunan, Bago City, Negros Occidental as an OISCA Model Farm. Eight years after, a mulberry plantation was established in a two-hectare area within the property to pave the way for cocoon production. Thus, sericulture in Negros Island was born.

Our silk comes from these cocoons.

Silkworm rearing and raw silk production became widespread in the island as more farmers in nearby towns and even far-flung areas started to get into the industry. Eventually, OBTC developed its facilities to put up a Silk Reeling Plant in 1999.

A mulberry plant. The silkworms eat only the leaves though.

Now, Philippine silk, particularly Negros silk, is creating a name in the local fashion scene. The silk yarn produced in OBTC is used by traditional weavers in neighboring Panay Island for official clothing, such as Barong Tagalog (a Filipino traditional costume) and formal dresses.

Some friends from Manila and abroad have already visited the center and I have heard a lot about it but never got around to really see the place. The only time I have learned about silk making was when I visited a silk factory in Beijing.

Visiting a silk factory in Beijing in 2010.

Yet, having one in our very own province was interesting. I know how tedious the process of producing silk is, so I wanted to see myself how we are faring in the local scene.

Silk floss is spun into yarns.

From Bacolod, we took the main highway to the south, which is Araneta Ave. When we got to Sum-ag (right after the market), we turned left at San Juan Street, the one with a 7-11 at the corner. We drove a little less than 3 km and saw the OISCA signage along the road. We turned left to enter the compound.

Very fine silk threads as reeled from the machine.

At the administration office, we looked for Angie who referred us to our guide. He first showed us a mulberry plant and a mulberry tree, which is significant in the whole process because silkworm feeds on mulberry leaves. Although we never got to see the silkworms, we have seen the cocoons, which are boiled and reeled to make silk yarns.

These manually spun silk yarns are the ones that are exported.

Silk floss is spun, either manually or by machine, to also make different kinds of silk yarns. These yarns are either sent to traditional weavers in Panay Island or are weaved in the facility.

Weavers create fabrics from silk and other materials.

The finished product are clothes, scarves, wallets, table runners, place mats, and other fabric materials. I purchased some of these products at the showroom, right within the compound. By the way, there’s a fee of P25.00 (USD 0.53) per person for the tour. I didn’t mind since it was a great visit and a very informative one. Who would have thought that we have silk produced right within our locality?

Scarves of different colors. They are Negros Island silk.