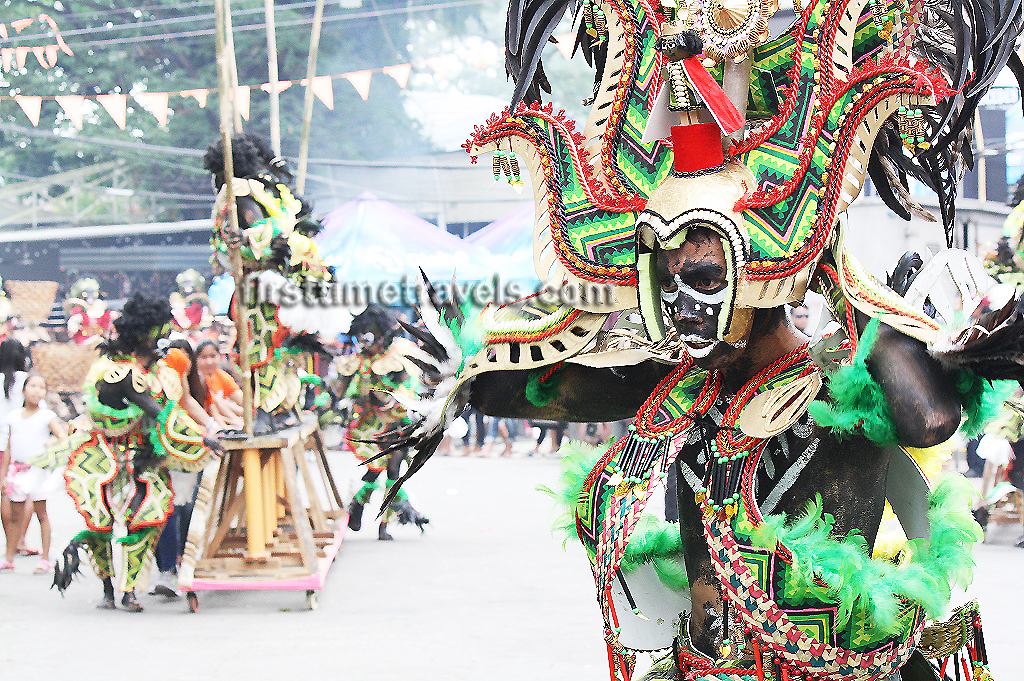 Kabankalan City is where I spent the early four to five years of my life. It was still a town then and we lived in its mountainous areas where my parents worked in a sugar central located there. Kabankalan is in the southern part of the province of Negros Occidental in the Philippines and is one of the gateways to the other side of the island, towards Negros Oriental. For 41 years now, it has been celebrating the Sinulog sa Kabankalan.

Sinulog is one of the major festivals in the country that celebrates the locals’ devotion to the Sto. Niño, or the child Jesus. Several festivals occur throughout the country during the month of January in honor of the Holy Child Jesus and Sinulog happens every third Sunday of the first month of the year. The biggest and most popular Sinulog celebration is that in Cebu, but Kabankalan is also doing it in a big way, attracting travelers from various parts of Negros Island, including foreigners.

This year, I joined my mother and her former colleagues in their excursion to the Sinulog sa Kabankalan. People were lining up the streets when we arrived. But instead of its usual route, the street dancers only roamed the vicinity of the plaza.

The festival is a devotion to the Holy Child Jesus.

Festivals in the Philippines won’t be complete without some street dancing. Merry making is brought to the streets and various eateries are usually set up in the city square and its surrounding areas.

We watched out for Barangay Tabugon, which was our home base when my parents were then working in Dacongcogon Sugar Central. It was the second from the last to pass us by, followed by Tapi, and ended by the Sinulog sa Kabankalan 2017 Queens.

Dancers are covered in black soot.

Saved by the Sto. Niño

This year’s festival theme is “Señor Sto. Niño Masaligan nga Tabang sang Kabankalan” (Holy Child Jesus, Trusted Help of Kabankalan), which is related to the said history on why Sinulog is observed in this city.

Stories has it that there were moro pirates that were attacking coastal villages in the archipelago. During the time when the capital of Negros Occidental was in Ilog, the place has been subject to the attacks of the pirates. Local sought refuge to the nearby town of Kabankalan. But during the fight between locals and the pirates, a child with a shining sword appeared on a church tower, frightening the pirates away.

A woman carries the image of the Sto. Nino.

While Kabankalan is under the radar of tourists and travelers, there are a number of things to see and do in this city in the southern part of Negros Occidental, apart from its Sinulog Festival.

Among the attractions are Mag-aso Falls, Mag-aso Cave, Balicaocao Eco-Park, and Carol-an Valley, to name a few. But what’s good about this city is that there are still a big portion that has been unexplored by travelers. I admit that though I have spent my toddler years in Kabankalan, I have not frequented this during my adult life and I need to embark on another adventure to this city.

After roaming the plaza and watching the parade, we went back to the house of my mother’s former colleague. It is common in this part of the Philippines wherein locals prepare a big feast in their homes and invite “pangayaws” or the non-locals to their festivities. We had a sumptuous lunch of homemade food prepared by the family. The clouds were getting dark so we decided to head home in the afternoon and skip the other activities before rain would catch up on us.

How to Get There

From Manila or Cebu, fly to Bacolod City and ride a Ceres bus from the south terminal to Kabankalan City.

From Cebu, you can take a Ceres bus that will cross Cebu to Negros via RORO. Make sure that you take the Ceres bus to Bacolod via Mabinay.

One thought on “Sinulog sa Kabankalan”