The best of Negros at the SMX launch 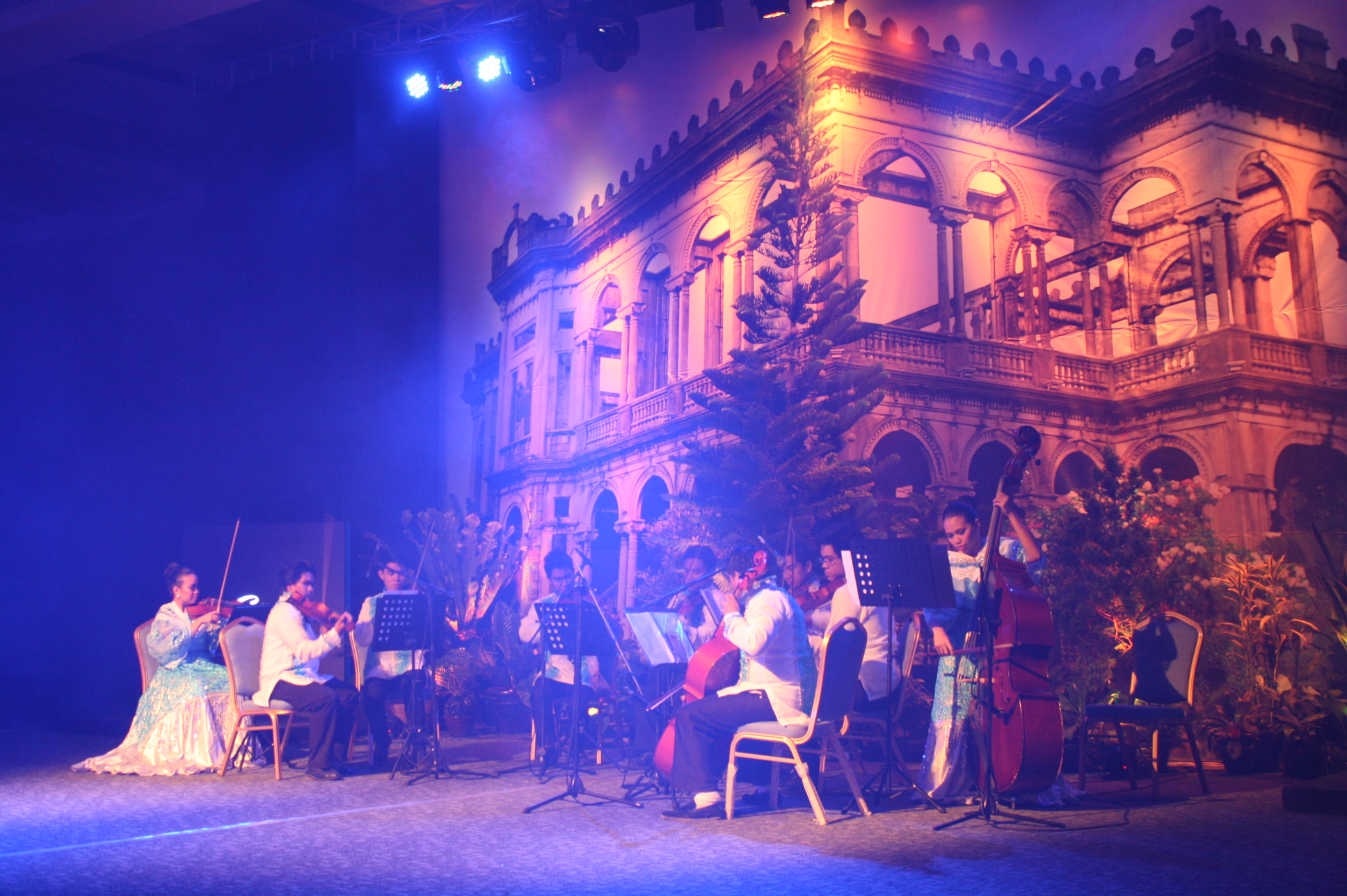 SMX Convention Center finally had its formal opening to set the stage for a more vibrant MICE (meetings, incentives, conferences, exhibition) sector in the province of Negros Occidental, particularly in the city of Bacolod. It was a launch like no other as locals and visitors from other cities and abroad had an experience showcasing the best of Negros.

The train represented Negros Occidental of long ago.

As we entered its Function Hall 3, we were treated to an exhibition of Negros in the past, present and future. Right near the entrance was a huge train replica. At the middle part were religious displays, ternos or native Filipino gowns, and furniture made by talented Negrenses. At the far end was a painting exhibit of young and upcoming artists in the province.

I wandered around the hall, familiarizing myself to the essence of my home province, which I have missed for so long after living in the capital for more than half of my life.

A short program took place at a small platform at one corner of the hall, with Bacolod City Mayor Monico Fuentebella and SM executives giving a toast to the opening of this new convention center in the city. Oh, by the way, Mayor Fuentebella mentioned that Bacolod will be the host in 2016 of the National MICE Convention in the country. That’s good. I have something to write about in micenet Asia, the trade publication and website where I contribute regularly.

And as we thought everything was done, the divider opened and we were ushered to the Function Hall 2 were a water fountain was installed in the center and a group of musicians were playing with The Ruins in Talisay as the backdrop. We were lucky to get seats right at the front row. Anticipation was apparent among the audience as we had no clue as to what was in store for us.

John John Ditching with his muses.

Models in beautiful Filipino dresses glided in our midst. The works of local designers John C. Rondain, Steve Genzola, and John John Ditching took the spotlight. But the bigger wow factor was when the voice over announced that the ext set of designs were that of acclaimed fashion designer Renee Salud and Miss International 2013 Bea Rose Santiago entered on a purple handwoven silk dress with a flowing train and shawl.

The train of the wedding gown.

More dresses followed and the show capped with a series of long gowns, where Santiago wore a beautiful wedding gown that seemed to be inspired by a capiz shell window, that were common in most Filipino homes in the olden days. Renee Salud took a bow and everyone applauded.

As the show ended, we were again ushered towards Function Hall 1. Cocktail tables were set and a modern looking stage took the middle end of the room, where a DJ could be seen on the elevated portion. Sounds boomed as drummers beat on their respective instruments, incorporating the elements of “Stomp” with a huge drum as part of their ensemble.

Masked dancers took the stage area, house lights were dimmed, and flashing lights flickered on their costumes and masks — electric Masskara! What a way to truly end the night.

One thought on “The best of Negros at the SMX launch”