The EcoArk at the Taipei Expo Park 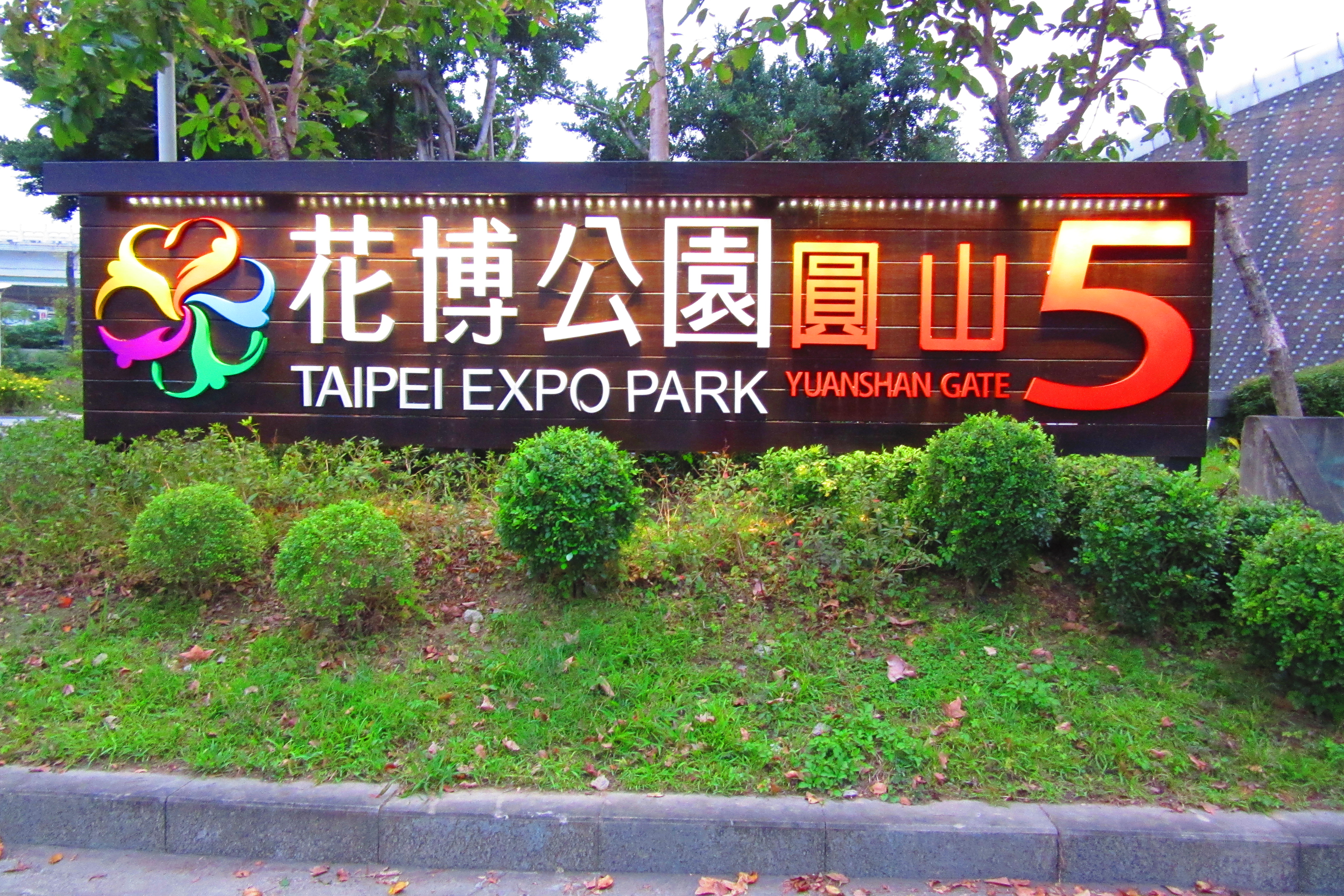 This was the site of the Taipei International Flora Exposition.

From the Martyr’s Shrine bus station we checked out which bus would take us to the Taipei Expo Park and waited whichever bus number arrived first. The bus came in a few minutes and as we boarded it, it took us only about five to ten minutes until the Fine Arts Park Area came into view.  I looked to my right and instantly saw the EcoArk. I pushed the “stop” button and signaled to my companions that we have to get off.

We got off the bus and this greeted us immediately.

A wall of PET bottles. The exteriors of EcoArk.

As we stood there on the sidewalk, we were amazed at the structure standing in front of us. The EcoArk is a nine-story building (the highest point) made out of 1.5 million recycled PET bottles.  When I did my online research, I found out that those who came up with this idea were young professionals. At that time, they might have sounded crazy but, as I stood there in awe of the building, I would say they are a bunch of geniuses.

The pavilion was built for the Taipei International Flora Exposition. It was amazing how they built it with little carbon footprint, such as using water and natural wind to ventilate the building. We wanted to get inside and see its various features but the building was already closed at that time as it was already past five o’clock in the afternoon.

A closer look at the walls of EcoArk.

Within the Taipei Expo compound are many stores and food stalls as well as attractions and parks for the entire family. I would have wanted to explore the entire compound but it will take a day or more to be able to see all that is being featured here. Still, I am glad to have seen up close this amazing EcoArk building.

See the sprinklers on top? Water runs down and provide cool wind to enter the pavilion.

The building from afar.