What to do in Bacolod City during Summer 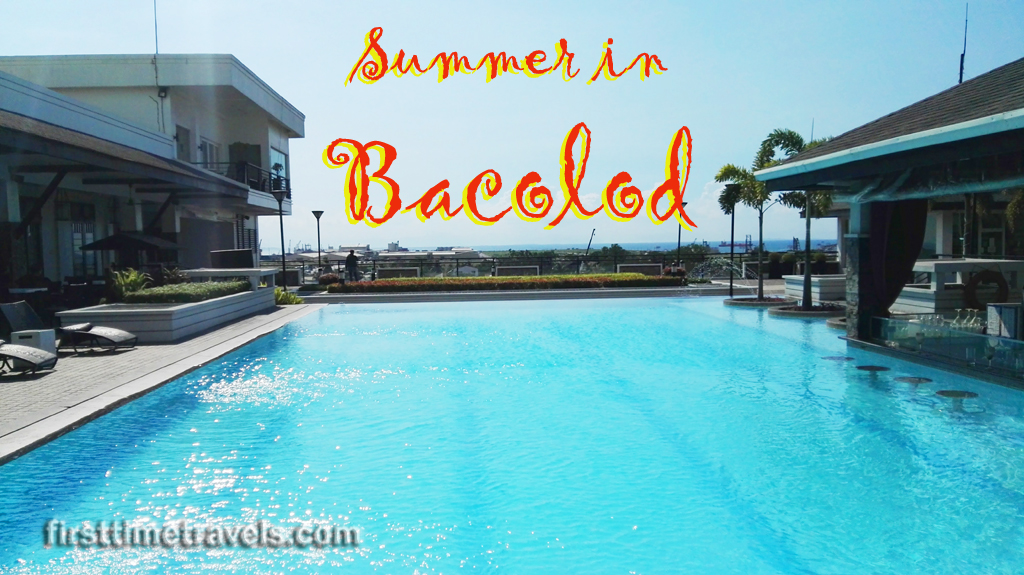 Bacolod is named as the No. 1 Model City in the Philippines

The heat is on here in Bacolod City, the City of Smiles of the Philippines (READ: First-time Travel Guide: Bacolod City). The excitement is building up, especially with the recent citation from the Manila Times wherein Bacolod was named the Top Philippine Model City among the 145 cities in the country, for being the most livable urban center nationwide.


There are many things going on in the city and even with the rising temperature, there are plenty of reasons to smile because your summer will get pretty preoccupied when you are in Bacolod.

Some of the activities below happen every year. In case you missed them, you can always watch out for these activities next summer. Meanwhile, here are the activities you can do in Bacolod during the summer break.

Relax and Have a Massage

For students, school’s out, while for parents, having the kids at home means a more relaxed routine compared with the daily schedule during school time. It also equates to more bonding time with the kiddos. In general, the school break lessens the traffic and activities are more leisurely. Take this opportunity to also free yourself from the daily grind and find some “me” time.

Head to Cocoon Spa on top of L’Fisher Chalet and avail of their promo packages. Have a body scrub, a foot spa, a classic massage or some facial or skin pampering at a discounted price. Call +63 34 709 1999 local 5021 to inquire about their services and rates.

Cocoon Spa has a relaxing vibe at the rooftop of L’Fisher Chalet.

It’s quiet and serene inside the spa.

Lie down and have a relaxing treatment.

Children and adults alike can always find some physical exercise during summer. The school break is a time to be involved in some sports activities, particularly for the kids.

Alaska recently held its 10-day Alaska Basketball Powercamp 2017 at the Tay Tung High School with no less than Jeffrey Cariaso as its Camp Director. Hundreds of children, aging 6 to 18 years old, participated this year and graduated from the program. (Visit http://facebook.com/AlaskaBasketballPowercamp for more details and updates.)

It’s play and learn for these kids at the Alaska Basketball PowerCamp.

Hundreds of kids in Bacolod graduated at the Alaska Basketball PowerCamp program.

Jillian Gambol was the only girl in this program. The moment I saw her, I became an instant fan.

If you and your kids are not much into this sport, there are other endeavors that you can do.  A perfect activity for summer is a swimming lesson. There are several lessons being held around the city. L’Fisher Chalet also offers swimming lessons for kids, aging 4 years old and above. But if you just want to do it one time, not as a lesson but just for the fun of getting a dip in the pool, L’Fisher Chalet also has a Dine and Swim wherein at Php500.00, you can consume it for food and beverages at the Chalet Restaurant and enjoy a free use of the Chalet Roof deck Swimming Pool.

Take a swimming lessor or simply come and Dine and Swim at the L’Fisher Chalet Swimming Pool.

Shop and Be Fashionable

Summer is the time to have lighter clothes. Swimsuits, rash guards, and sporty apparels are the “in” thing during this season. If you and your friends are planning to go for a trek or travel somewhere else, Converse recently launched its Summer and Spring collection.  Located at the 2nd Floor of Robinson’s Place Bacolod, Converse always comes up with new collection that one can use for various activities, especially this summer.

Shop for your trekking outfit and summer gear at Converse.

Looking for a pair of goggles that you can use for your beach getaway? You can find this at only Php 99.00 in the newly opened store, Miniso, at the 2nd Floor of the North Wing of SM City Bacolod. You can also find a selfie stick here, rainbow AAA batteries, travel bags and packs, a pair of sunglasses, and so much more.

Newly opened Miniso store in Bacolod was a crowd drawer.

There are many affordable products at Miniso.

Goggles and travel packs are sold at the Miniso store.

Go to a Festival

During the month of April, over a week is dedicated to the Panaad sa Negros Festival, held at the Panaad Park and Stadium. Celebrities come to entertain the crowd, the Lin-ay sang Negros pageant is held, and city and town pavilions are adorned with its local products. From fruits and vegetables, to fresh catch from the sea, to dried goods, to crafts and furniture, there are plenty to buy at the various pavilions. The park is also filled with many eateries and stalls. It’s the “Festival of Festivals” in Negros, something that shouldn’t be missed. And apart from Panaad, be on the look out for small festivals in the metro, as well.

There are plenty to see and buy at the Panaad Park and Stadium during the festival.

These huge cabbages are displayed at the pavilion of Isabela during the Panaad Festival.

Seafood are among the sought-after products at the Panaad park during the festival.

Dried fishes and other dried goods are sold at the Cadiz pavilion.

Fresh fruits are also aplenty at the festival grounds.

There was also a Mango Festival at SM City Bacolod.

Summer time also means party time. If you are looking for some fun and excitement like the Laboracay in the island destination in Aklan, there was also a fun dance gathering in Bacolod held at the L’Fisher Chalet. Last April 22, Headrush painted the town red with the Summer Love Dance 2017 that featured local and international DJs. Watch out for some sizzling parties in the city during summer.

The Summer Love Dance was held in Bacolod which featured international and local DJs.

A pool party is a fun activity during summer.

Bacolod is known for its sweet delights. But more than just desserts, there are plenty of great eating places around the city. Every month, there’s a new restaurant that opens. Looking for organic food? There’s a restaurant for you. Do you want chicken inasal (grilled or barbequed chicken)? You’ll find it everywhere in Bacolod. Craving for fresh seafood? You can enjoy it in several eateries. And, wanting a bite of delectable cakes? There’s plenty to choose from.

Bacolod has many restaurants. Some offer fresh catch served according to your preference.

As a gateway to various destinations in the province of Negros Occidental, Bacolod City is where you can always catch a bus going to the north, east or south of the province, where you can enjoy the beach, the mountains, or the waterfalls. Famous destinations are the beaches in Cauayan, Sipalay and Hinobaan; waterfalls in La Carlota, Murcia and Kabankalan, the small islands and sand bar in Sagay and Cadiz; and the historical sights in Talisay and Silay.

Whether you are from Bacolod or if you are traveling to this city, you have many options on how you can enjoy summer. You can visit the Bacolod Travel Guide in this blog for reference.

The recent award that Bacolod City received from The Manila Times, one of the most respected broadsheets and, at 119 years old, the country’s oldest newspaper, made Bacolod as the only city in the Visayas among the 13 finalists that were shortlisted. Completing the Final 13 in The Philippine Model Cities list are: Laoag, Mandaluyong, Parañaque, Quezon, San Fernando, Sta. Rosa, Tagaytay, Batangas, Naga, Davao, General Santos, and Zamboanga. These cities also received special awards based on several indicators in the criteria: Peace and Security; Rest and Recreation; Research and Development; Health and Education;. Clean and Green; Road and Hom; Livelihood and Employment; Youth and Elders; Tax and Services; and Emergency/ Disaster Preparedness.

The Manila Times’ “Philippine Model Cities” is a forum that aims to acknowledge effective and innovative local governance that contributes to the improvement on quality of life and enables local business environments to be a lot friendlier. The forum also tackled urban planning and sustainability development for the Philippines that would allow cities to be environmentally sustainable and conducive to healthy work-life balance.