10 Places to Visit in Seoul 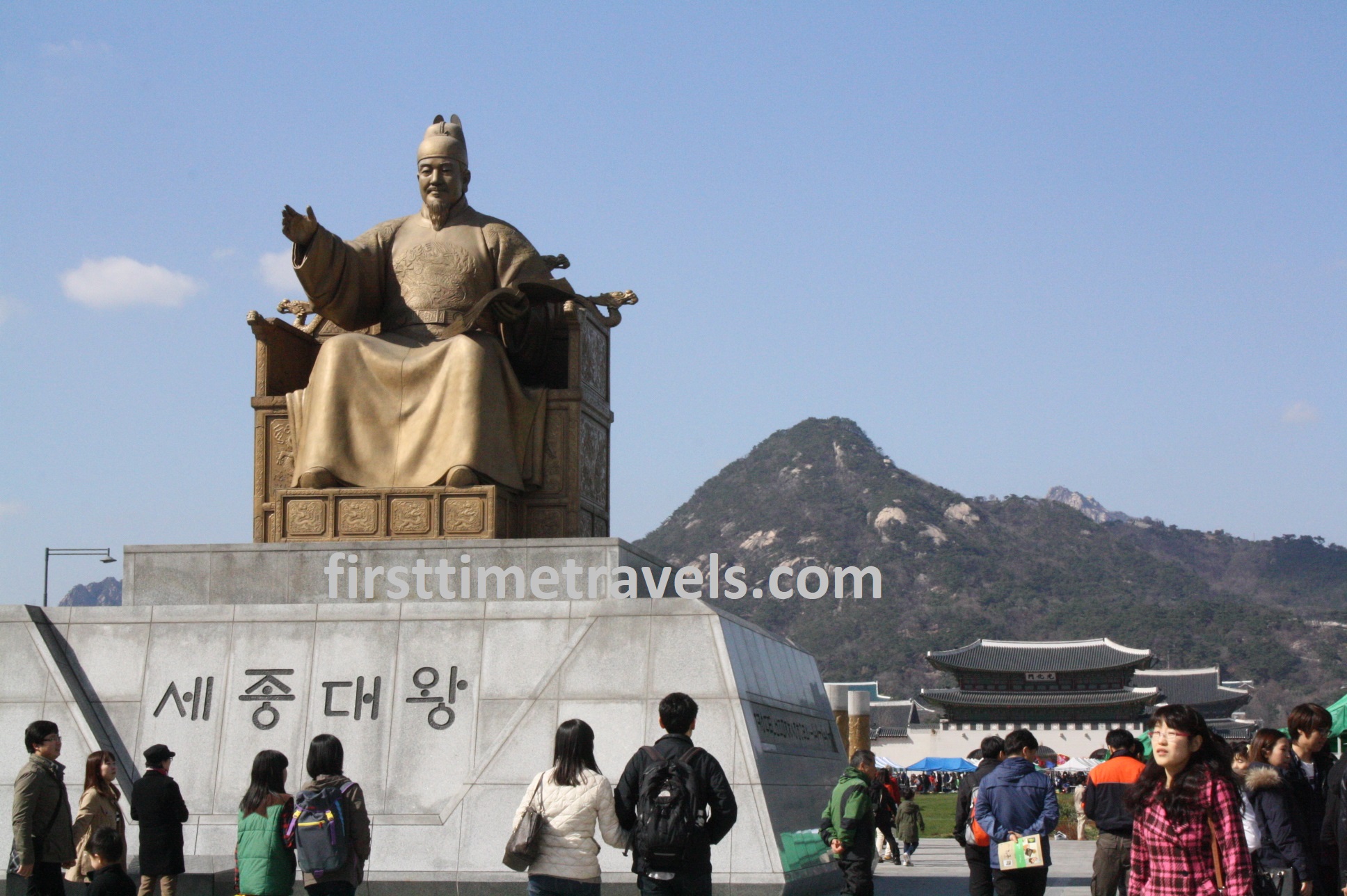 Seoul is probably one of my favorite cities to visit. I must admit that I have never fully explored the South Korean capital. I have friends and relatives who have been big fans of K-Drama and K-pop. I also got hooked to many of these K-dramas as my sister has watched many of them and knew a lot of Korean artists. But what really attracted me were the historical dramas as I like the setting, wardrobe and the cultural heritage they show to global audiences.

When I visited Seoul, given the limited days we stayed there, the first few places I went to were the historical landmarks around the city. It was magnificent to see those places as if I traveled back in time. Here are 10 spots I visited while in Seoul.

Gyeongbokgung Palace was constructed in the late 14th century and the seat of the royal family during the Joseon era. It is the biggest of the Five Grand Palaces during the Joseon Dynasty. The view from outside the Gwanghwamun gate, with Mount Bugak in the background, is a beautiful sight. Guards garbed in colorful traditional uniforms were pleasing to the eyes. Although it was spring when we went there, it was drizzling, so the entire compound seemed to be cloaked in mystery. We roamed the outer courts and entered the various halls. The most scenic was the Royal Banquet Hall that sits on an artificial rectangular lake.

Across Gwanghwamun Gate is a square with the huge statue of King Sejong the Great and Admiral Yi Sun-Shin. Underneath the square is a museum that features the achievements of King Sejong that have benefitted Korea and the naval victory of Admiral Yi. When we went there on a Sunday, a bazaar was held there as stalls on both sides were put up, selling various goods.

UNESCO World Cultural Heritage site Changdeokgung Palace is also one of Joseon Dynasty’s Five Grand Palaces. The palace is well-preserved and even boasts of a beautiful garden. Sunjong, the last Emperor of Korea, lived in this palace until he passed away in 1926.

The entrance to Changdeokgung Palace.

It’s nice to see how Koreans live their village life through a visit to the Namsangol Korean Village. A peek at the traditional homes made me appreciate more the historical Korean dramas I’ve been watching. It was complete including how playgrounds and backyards are arranged. It was like traveling back in time except that the N Seoul Tower at the backdrop keeps reminding us that we’re living in the modern world.

One of the traditional houses in the village.

Roaming the village on a rainy day. The N Seoul Tower stands tall at the background.

The N Seoul Tower is a domineering landmark in the Seoul’s cityscape, built on top of Namsam Mountain. It functions as a radio and TV broadcasting tower. But it is also one of the favorites destinations of locals and tourists because of the beautiful view of the city from this vantage point. There are also several restaurants, shops and attractions at the tower. The tower is accessible by cable car, public transport and private vehicles.

The view of the city on our way to the tower.

The tip of the tower hide beneath the veil of fog.

One of the attractions at the N Seoul Tower.

Myeondong is primarily a shopping district where you will find many known brands, especially in clothing and cosmetics, restaurants and other stores. It’s a great place to roam around and try the local food offerings. But apart from the shops and stalls, Myeondong is also the site where you can find the Myeondong Cathedral and the Myeondong Nanta Theatre.

The rear of Myeondong Cathedral.

If you are on the lookout for traditional goods, then Insadong is the place to be. There are also art galleries and art centers that display sculptures and paintings. Cafes, teahouses and restaurants also dot Insadong. There are events or happenings during weekends, to the delight of locals and tourists alike.

One of the commercial centers in Insadong.

Interestingly, Yeouido is an island in the Han River. What led us to Yeouido is to see the cherry blossoms at Yunjunro Street, behind the National Assembly Building. Unfortunately, only about three trees were in bloom. But we went ahead and entered the National Assembly compound at the invitation of a decent-looking gentleman. We walked around the perimeter and passed KBS. But we already strolled near the river bank, walking past Yeouido park and the tall skyscrapers in the area.

Flowers bloom at the park.

Because of the presence of Hongik University in the area, Hongdae is more of a location for art and cultural scenes. There is street art found in pockets of places in Hongdae. There are plenty of shops, eateries and bars. There is a Trick-eye Museum in Hongdae that are popular among tourists. Some travelers also stay in the Hongdae area because of guesthouses and backpackers’ inns.

As we got off the bus going towards Namdaemun Market, the south gate, Namdaemun came into view. The market itself has a long history as it began from the time of King Taejong. We roamed the alleys in the market and saw clothing, toys, household items and the like, at very low prices. There was also a food area, with rows of stalls selling fruits, meat, vegetables, and seafood. There were also eateries that sold Korean food.

Namdaemun, the southern gate of the old city.

We passed by the familiar landmark of Cheonggyecheon Stream, only that it was raining that time. The stream underwent a restoration phase and is now regarded as a recreation area where people can leisurely walk and relax. The stream passes through major destinations in Seoul.

Do you have other tourist spots and attractions in Seoul that you want to recommend? Leave your suggestion in the comment section below.