Five Days in Auckland and nearby areas 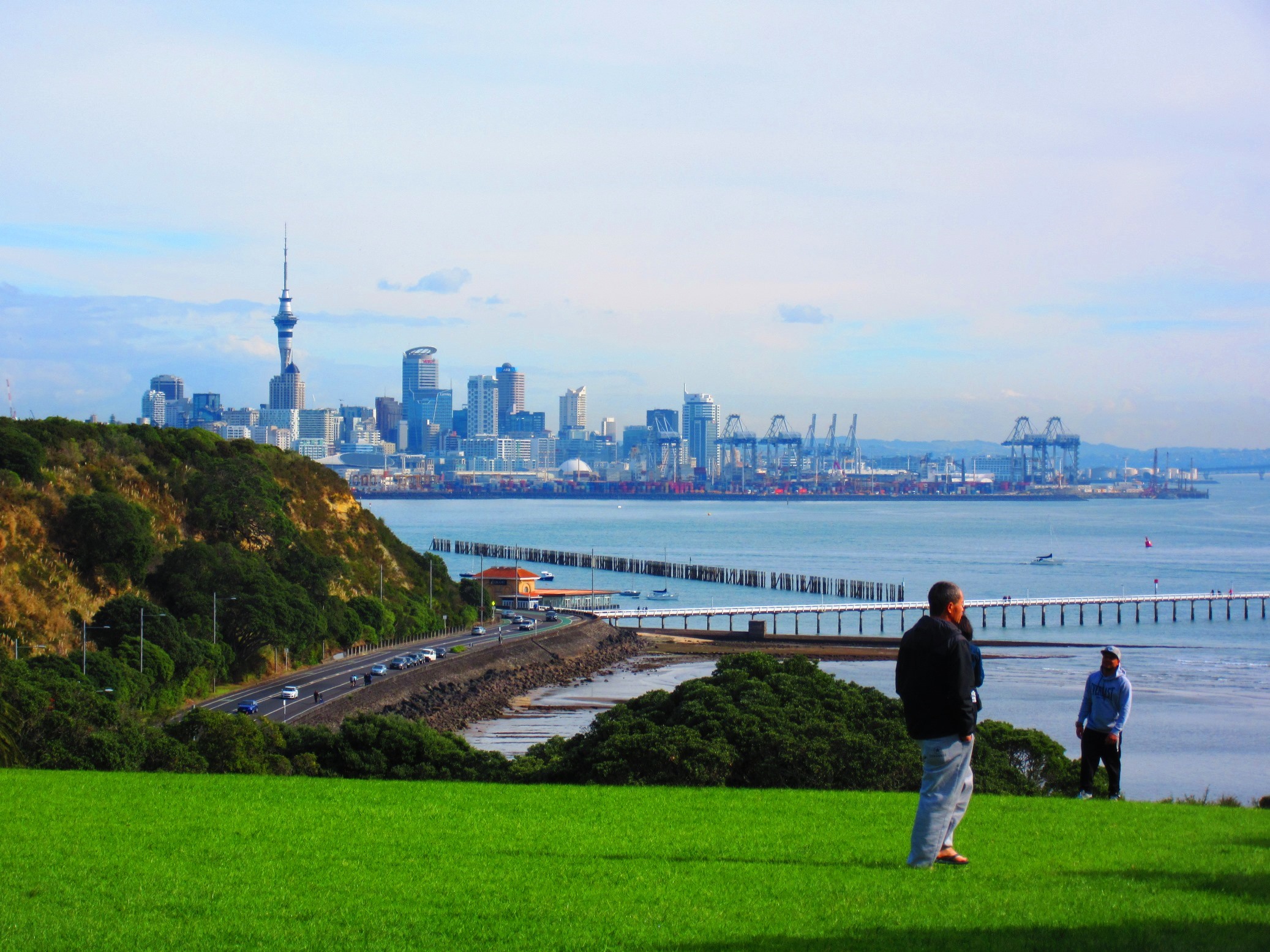 Five days. If you have only five days to spare in Auckland and you are visiting for the first time, what would you do? Time is of the essence, so it’s best to plan your trip very well. It was our experience, which you will find useful should you end up in the same situation as we did. Those five days included the day we arrived and the day we left Auckland. It would seem too short for a New Zealand trip. That is why I didn’t waste any minute in exploring the beauty that New Zealand’s North Island can offer. I saved my energy at night so that I would have the whole day to go as far as my two feet and pocket can take me, figuratively speaking, that is.

View of the city centre.

To summarize my past New Zealand blog posts in one article, I would like to share with you my whole itinerary so you get a clearer picture of how my trip went. The trip was a prize for winning the Globe #wonderful Blog and Instagram competition. Out of the six winners, four of us travelled together in June of 2016. We made our own itinerary and there were times when we did our own activities.

We were complete strangers and we were only communicating online prior to the trip. We first met each other at the airport for our 12-hour flight, co-sponsored by Philippine Airlines (PAL), to Auckland, New Zealand with a brief layover at Cairns, Australia. If you are taking a similar trip, here is a suggested itinerary that is not too heavy on the budget.

Located in Queen St., in the heart of the CBD.

With traffic and the distance from the airport, it was already dark when we arrived in Grand Windsor Hotel, which was co-sponsored by Agoda.com. The location is on Queen Street, right smack in the city centre. After leaving our things in our rooms, we proceeded to walk a few blocks away to the wharf, passing by Britomart and the Ferry Building.

We turned to another street which was going uphill and passed by the Food Alley, a food court featuring various cuisines. I remember my friend Thelma, who is based in Auckland, mention this in our chat, so we went inside for our dinner. We chose the Chinese cuisine because they have rice and two of us can share in one serving (NZD 11.90 or USD 8.63 per serving). There was also a juice stall nearby and I tried their Kiwi Orange juice (NZD 4.50 or USD 3.26 for the small cup).

After dinner, we passed by a convenience store. Since we could cook in our rooms, we decided to buy rice and eggs for our early breakfast the next day.

We started the day very early in the morning, waiting for our bus to pick us up. But as soon as it did, we made a brief stop at the Sky City to pick up other passengers who booked for the tour, too. The entire day was fun and memorable. We arrived in Auckland late at night.

Our third day was an exploration of Auckland. My former officemate and her sister met up with us. They were supposed to just drop us off to a destination but they eventually decided to tour us around the city. But a place as big as Auckland, we had to pick only the ones we liked to explore.

It started off with a meet up at St. Patrick’s Cathedral at the heart of Auckland. It traces its rich history since the early 1840s and is a repository of heritage and liturgical treasures.

Our next stop was Mt. Eden, a natural and historical landmark. The lush crater of the dormant volcano is covered in beautiful greens, with the view of downtown Auckland at the horizon.

We wanted to see some beautiful outdoor spots that we went briefly to the Parnell Rose Gardens before proceeding to the Michael Joseph Savage Memorial Park. We had a pleasant picnic-style lunch at Mission Bay, enjoying the sea breeze and the birds surrounding us.

The afternoon was another exciting exploration as we went to the Auckland Domain. We wanted to enter the Auckland War Memorial Museum but we thought we would have needed an entire afternoon to roam its interiors so we decided to walk towards the Wintergarden.

The air was becoming colder as we drove to Devonport and enjoyed the sight of the sails. We then heard mass at St. John the Baptist Catholic Church in Parnell. It was a small church, which made the service even more intimate. The parishioners seem to know each other there.

We capped our Auckland tour walking around Queen’s Street, visiting the shops and having dinner at Nando’s along Customs St. Auckland’s night scene is quite relaxing, especially near the docks. There’s an energy but a pleasant one.

Another angle of the geyser with the pool of water underneath.

Rotorua is such a surprise. For one, we went through the Kaimai-Mamaku Forest Reserve where certain portions of the upland were covered with white. I really felt the New Zealand winter as I saw the frost and felt the chill air. But as we arrived in Rotorua, we felt the heat and smelled the sulphur that was emitting from beneath the ground.

The wonderful thing is the geysers in Te Puia. It erupted non-stop. Because of the fine weather – the blue sky, the chill air, and the heat from the geysers – the smoke blended well to look like a dancing tower. I also love our tour of the lakes and the forest. Rotorua has many serene spots where one can blend with nature and take advantage of the tranquillity. In fact, when we went around Rotorua, we found so many interesting things to see and do that one day was not just enough. We got back to Auckland late at night after the long trip through the highway.

Rows of sailboats at the Westhaven Marina.

Our last day was the day of our flight back to Manila. In the morning, we went to the Queen’s Wharf to see the carnival, bazaar and performances for the Queen’s Day. We then went to Countdown, a grocery store, to shop for chocolates and goodies to bring home to family and friends.

We also walked along Queen’s Street before we brought our things to the hotel. Lunch was at Wynyard Quarter, enjoying the docks, a generous serving of oysters, and taking snapshots of the Marina.

Even with just five days, you can still enjoy the best of Auckland and its nearby areas. New Zealand is a country worth exploring. It’s a great place to pick for your adventure.