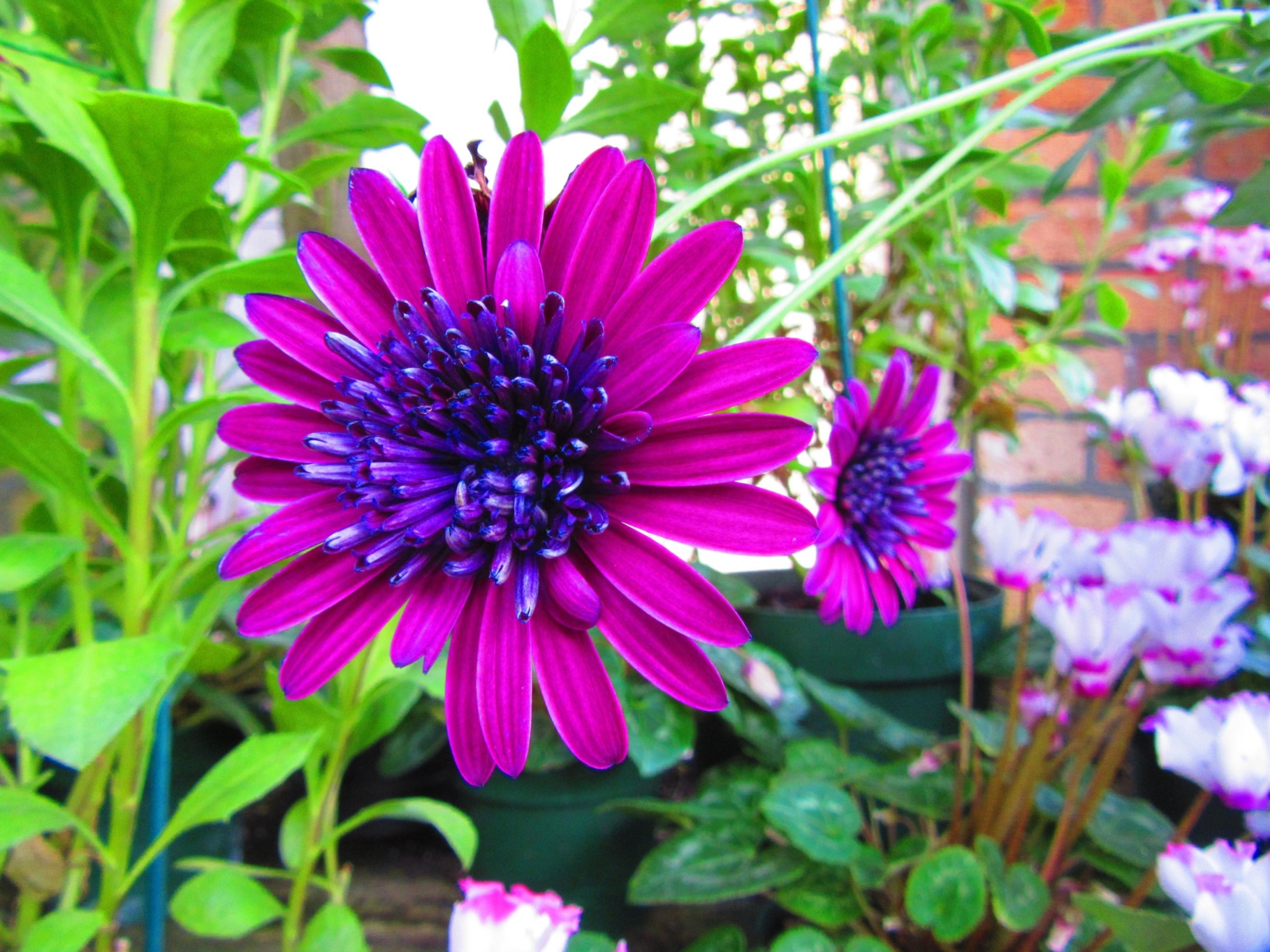 Auckland is a city that is full of open spaces and greens. Gardens and parks, which are often called domains, abound in this city. One example is the Mount Eden domain. Because of its culture and environment, as well as its stability, infrastructure, healthcare, and environment, Auckland is recognized as one of the most livable cities in the world by Monocle, EIU, and Mercer. But it’s intentional. The Auckland Council has made a plan that is founded on its vision of becoming the World’s Most Livable City.

With one whole day to spend exploring this beautiful city, we spent majority of our time visiting gardens within the vicinity. Of course, these weren’t the only places we visited in the city within that day, but if we were to spend more time in New Zealand during our trip, we could have allotted a day or even just half a day in each of these stops.

It is in this place where I found a striped or two-colored rose. Parnell Rose Gardens is officially named as the

Dove Myer Robinson Park, in honor of the longest serving mayor of Auckland’s who was in that position for 18 years. Inside the park is also found the Nancy Steen Garden.

Parnell Rose Gardens boast of about 5,000 rose bushes, not to mention other trees, flowers, and plant species. I spotted some yellow roses, white roses, red roses, and pink roses of different hues. Then somewhere in the greens and thorns I saw the white rose with red stripes. Or was it a red rose with white stripes? I really don’t know.

It’s easy to go to the rose gardens. If you are coming from the city centre, just take Quay Street, then turn right to The Strand and immediately turn left to Gladstone Road and you’ll see the park at the left side of the road. Entrance is free, so you can come here as often as you want and can stay as long as you want to enjoy.

If you happen to be in Auckland on a November, don’t miss the Parnell Festival of Roses where you will get to take part in the festivities – live shows, performances, art displays, and stalls – right in this property.

As we headed to Mission Bay, we took Tamaki Drive which continues from Quay Street that went off the road and ascended to a street called Hapimana. At the very top is a large area, around 49 hectares of greens and other attractions found at the hilltop at the edge of the bay.

The memorial of Michael Joseph Savage.

The sunken pool in front of the Michael Joseph Savage Memorial.

This is the Michael Joseph Savage Memorial Park, named after the first Labour Prime Minister of New Zealand, who also happens to be the founder of the Welfare State. A memorial for him – an obelisk overlooking a pool and sunken garden is built in this area.

It is such a wonderful place to view the Waitemata Harbor and nearby islands, such as Rangitoto. The picturesque city skyline of Auckland can also be enjoyed from this vantage point, along with the scenery of houses built high on cliffs and hills.

The city centre as seen from the park.

The view at the other side of the park.

When we got there, we saw a group having a picnic and another group holding a wedding photoshoot. We roamed around, loving the beauty of the park. There I saw a cute baby crawling at the garden, his father trailing behind him, letting him be on his own. Businessmen in suits were also roaming the garden, taking photos of each other.

Flowers at the garden.

More flowers to see at the MJ Savage Memorial Park.

We could sit by the grass all day, looking at the bay, watching the sails go by, and anticipating for the sun to set at the horizon. There is no admission fee to enter the park.

Auckland Domain is the oldest park in this city. It is 75 hectares wide and built on a dormant volcano cone of Pukekawa Volcano. Atop the hill of the domain is the Auckland War Memorial Museum.

The facade of the Auckland War Memorial Museum.

A fountain that doubles as a tribute found in front of the museum.

In one area within the domain, you will find two glass houses. This is the Wintergarden. We entered one of the glass houses, which displayed several beautiful flowers of different species and variety. After we had our fill, we crossed the courtyard where a sunken pool with fountains and some marble statues are found.

A marble statue at the Wintergarden.

The fountain and sunken pool at the courtyard between the two glass houses.

At the other side is another glass house. But once you enter this second house, you will feel the change of temperature. It’s because this glass house is kept constantly warm for the tropical plants displayed inside — palm trees, pitcher plants, and other plants that looked so familiar, some of them we have in our own backyard.

Inside the Wintergarden glass house.

Are these bell peppers?

We returned at the courtyard in the middle of the two glass houses. Behind one of its walls is the fern garden which looked like a mini-jungle and very exquisite.

The Duck Pond beside the Wintergarden.

Exiting the fern garden, we crossed the same courtyard once again which led us to the duck ponds and the Wintergarden Pavillion Cafe. Since the Auckland Domain and the Wintergarden is free of charge, we took a few moments taking photos of flowers and plants and other beautiful spots we passed by.

14 thoughts on “Garden Hopping in Auckland”