10 Things To Do in Auckland 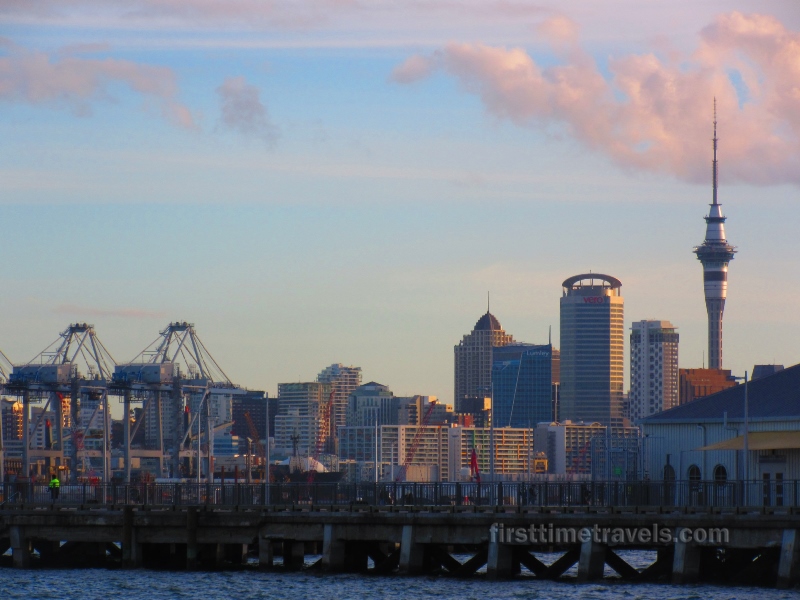 So, I have detailed the various attractions in Auckland that we have visited. Now, I have put together a summary of 10 things you can do in this city for a short period of time. You may opt to stay a bit longer in every landmark. Others, we totally missed out visiting but I’m including them here in my list as they are something I feel that every traveler in Auckland should try, if given the luxury and flexibility of time.

Roam around the streets of Auckland and you can find many things to do.

Once you arrive at the airport, there are brochures and magazines available, especially those with coupons that offer special rates and discounts for travelers to New Zealand. Use some of them in any of the activities below.

If you are an exercise buff, get out of your hotel, take a jog within the city, or climb one of the peaks in the city. The summits are great places to exercise, commune with nature, relax, and see the entire city. You can try Mt. Eden, the highest natural elevation in Auckland, but if you prefer to take on the shorter peaks, One Tree Hill and Mt. Wellington are your second choices. There are about 48 volcanoes in Auckland and these are dormant. Now, some of these have been made into domains and parks, so they are conducive for exercise.

The crater of Mt. Eden as viewed from its summit.

2.) Sail Away or Watch the Boats Sail at the Harbour

Are you into sailing? Or maybe you want to try it for the first time? Or, if you are not much into it, maybe you want to watch the sails dotting the harbour? The Westhaven Marina, Viaduct Harbour, and Wynyard Quarter are great places to start where you can find lots of boats for rent or just for photo opportunity. But if you want a better ambiance where you can sit comfortably and enjoy the view of the sails from the distance, then Mission Bay and Devonport are your next bet. But if you just want to feel the sea but wouldn’t want to rent a sailboat, you can take the ferry from the Ferry Building to Devonport, or go to the nearby islands of Rangitoto, Motutapu, Waiheke, Ponui, and Rakino.

Sailboats as seen from Devonport.

Boats parked at the Viaduct Harbour.

3.) Encounter the Animals and Other Wildlife

The one thing we missed was having some wildlife encounter in the city. You can allocate about half a day to visit Kelly Tarlton’s Sea Life Aquarium, where you get to see the penguins, and another half to explore Auckland Zoo, where you will meet some endangered creatures. You can also do some whale watching safari, or if you are with kids then the Butterfly Creek would be another option. But since you’re in New Zealand, why not try some of the farm tours or farm encounters?

Birds soar freely around the city.

New Zealand is rich in history and culture, given the marriage of Maori tradition and the ways of the European settlers. How we wanted to know more of the country’s story by visiting the Auckland Museum. We just passed by the museum but was never able to enter it as we needed probably at least 2 hours just to see what’s inside. Another place I wanted to visit was the Howick Historical Village which I think would be an interesting destination to explore. There’s also the New Zealand Maritime Museum and art galleries that depict the art and history of New Zealand.

Auckland has lots of great restaurants. From Mission Bay, Devonport, Queen Street, Wynyard Quarter, to Parnell and other suburbs around the city, you will always spot a good eating place. For some budget meals, which you can share, and variety of cuisines, head to the Food Alley along Albert St. Don’t miss trying some catch from the sea (shrimps, oysters, crabs, fish) and find the best fish and chips in the land.

The many cuisines in Auckland.

Food as many as this can be shared.

Get a closer look at flowers and plants in the many parks and gardens found around the city. Albert Park is one of the most popular parks found in the city centre. The Auckland Domain is by far the largest, where you will find the Wintergarden and the duck pond. Mount Eden also has a garden and playground area. If you want some great sceneries and picturesque ambiance, Auckland has something for you in every corner of the city.

Go playful in the park.

7.) Buy Souvenirs at the Shopping Areas

So we were only able to shop in Queen Street. But there are other shopping areas in Auckland, which may even offer the same goods at lesser price. Postcards, shirts, keychains, magnets, dinner bells…name it and the souvenir shop has it. There’s Ponsonby and the Newmarket. One friend suggested Onehunga to me. But if you want to bring some food, such as chocolates (Whittaker’s) and cheese products, then you can definitely count on Countdown, which has stores in different parts of the city.

Queen Street has many shops.

There are malls as well as boutique shops around Auckland.

A quicker way to see most of the city is to take the Hop On, Hop Off bus. It comes in various packages, depending on the route and the number of days you want to avail it. But if you are tight with your budget, you can still take the Citylink buses. You just have to research well on the routes and the landmarks, so it’s a bit of time-consuming and a lot of effort.

Go on a pub crawl. Sample the drinks of New Zealand. Or simply enjoy a cup of coffee. Sit around and watch the daily scenes found in the city, whether it’s daytime or nighttime. I remember that Saturday night when I slept late because I could hear the music below our hotel. Apparently there was a bar behind it and I could even see it from my hotel window.

The Wynyard Quarter has many pubs, bars and restaurants.

Creative coffee shops are many in Auckland.

Walk at the edge of the Sky Tower. Play a game of fortune in the Sky City casino. Go kayaking or paragliding. Learn to paddle board or to kite surf. Auckland has plenty of adventures to offer you. Check what else you can do in this city that you haven’t done before.

The Auckland Sky Tower by day and by night.

← Lakes and Redwoods of Rotorua ← 10 Things To Do in Rotorua