20 Travel-Related Books In My Shelf 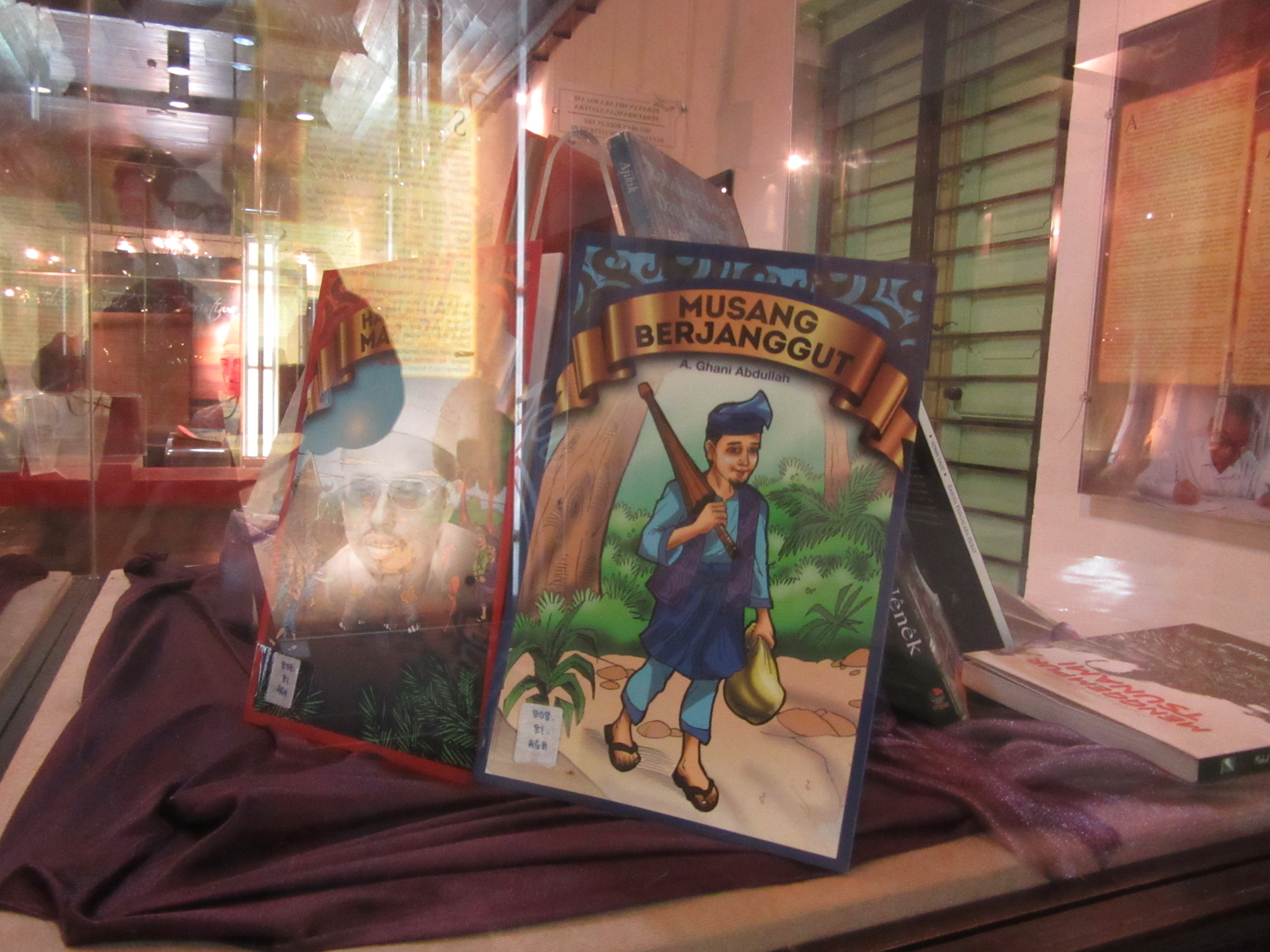 It seems that my thirst for travel is not just limited to actually going out and exploring the world. It also extends to my other interests, such as my postcards collection and the books I keep in my cabinet. I’ve found that apart from travel guides and language books, I have also accumulated a number of travel-related books like travel memoirs and travelogues.

Some of these books talk about the author’s soul-searching experiences wherein they also end up being on the road and in foreign places as they try to find meaning in life. There are books that dwell more on adventures, where they take you to the thrills and dangers of the writer’s travels. Others were stories of the authors getting on the road because circumstances imposed it upon them. The rest were written in a documentary way wherein the writer travels to do some research or find answers to questions.

Many of these reading materials have inspired and encouraged me to keep chasing my dream of traveling the world. But a number of them has also opened my eyes on the challenges that lay ahead. The good thing is that all of the authors of these books have taken me with them in their journeys, without spending a lot.

Nevertheless, my shelves are full but I’ve only picked out 20 travel-related books that I would like to share with you. They give you a glimpse of the place, including the people encountered along the way. Some of them I have already finished reading from cover to cover, others are half-way through, while the rest are still waiting for me to pore over its every page.

1.  Under the Tuscan Sun by Frances Mayes

After watching the movie, I got interested on the book. Luckily, I found one in a bargain store that I immediately bought it. I love Mayes’ storytelling skills. Her words expand my vocabulary, yet, at the same time, tug the heart. She makes every scene very descriptive that I could almost imagine myself in her house as she set out with the restoration project.

2.  A Year in the World by Frances Mayes

Mayes has truly captured my imagination that I had to buy her book A Year in the World. This one took me to Spain, Portugal, France, the British Isles, Turkey, Greece, Italy and northern Africa. She shared some poetic lines, notes on menus, and letters she has scribbled during her journeys. Here, she made mention of her other book, Bella Tuscany, which I also bought. I even grabbed a copy of her first novel, Swan.

3.  The Camino (A Journey of the Spirit) by Shirley MacLaine

I always visit a local bookstore that sells books on bargain and one of my awesome finds was this book by Hollywood actress Shirley MacLaine. As I was reading her book, I could imagine her journey like a movie in my mind. It was an intense physical challenge, not to mention a spiritual one, to MacLaine given that she was at her 60s when she did by herself this pilgrimage that spans from France to the Western end of Spain.

4.  Fumbling (A Journey of Love, Adventure, and Renewal on The Camino de Santiago) by Kerry Egan

Another Camino traveler who started out just to experience the pilgrimage and not really as a devotion was Kerry Egan, who walked the Camino with her boyfriend. It was a struggle for her walking miles of challenging roads and paths, not to mention the heat and dust. It was a journey to her inner self as she took the pilgrimage still bearing the loss of her father a year earlier.

5.  Honeymoon with My Brother by Franz Wisner

Here’s another bargain find which really brought humor to an unlikely circumstance. Wisner retells the tragic event of his canceled wedding and how it led him to take the honeymoon with his brother instead. The honeymoon became a long-term travel that made them quit their jobs to go around the globe honeymooning with the world.

6.  How the World Makes Love by Franz Wisner

Wisner’s funny presentation on his failed wedding, but successful honeymoon experience, got me to buy this other book. He traversed oceans and countries for new adventures and to search for an answer to everyone’s favorite topic: love.

7.  The Geography of Bliss by Eric Weiner

If Wisner was out to know the mysteries and intricacies of love, Eric Weiner, through this book, went gallivanting around the world to find the happiest place on earth. Happiest, not on Disneyland’s terms, but in the sense of contentment, bliss, and positive mood.

When talks went around that this book made it to the top of the New York Times bestselling list, almost everyone grabbed a copy of Gilbert’s masterpiece. That included me. It was a story of self-discovery and how the three places she went to gave her their respective gifts that help her examine the various aspects of her self. Of course, I didn’t pass up the opportunity to watch the movie version of this book.

9.  Lois on the Loose by Lois Pryce

From drama to adventure, Lois on the Loose was a breath of fresh air as she did the unthinkable: biking from northern Alaska to the southern tip of South America. Her escapades (and escapism) plus her motorcycle had me imagine her as some sort of a daredevil. It reminded me of another book I read, which I only borrowed and, sadly, not fond in my shelf, is The Motorcycle Diaries by the revolutionary Che Guevara.

10. A Year in Provence by Peter Mayle

The chapters were from January to December and it was like spending one whole year in Provence, France as Mayle detailed life there, including the people, the local customs, and the seasonal changes. The book was acclaimed as the “Best Travel Book of the Year” in 1989 by the British Book Awards and was adapted into a TV mini-series.

11.  Chasing Spring (An American Journey Through a Changing Season) by Bruce Stutz

Stutz journeyed across the USA on his old Chevy sedan for three months. He experienced the arrival of spring through different places and circumstances. His book reminds us that season changes do not just happen to nature around us but also to nature within us.

When I first saw the title of the book, I found it strange. As it turns out, Gough also found it peculiar as she heard it as part of the lyrics to a song. Gough set out on a road trip as she moved from Ontario, Canada to California, USA, narrating the events that happened during her journey and recalling past travels she has done in other countries. Interestingly, Gough started her narration, as indicated on the first page of the first chapter, on the day of my birthday.

13.  Travels with Barley (The Quest for the Perfect Beer Joint) by Ken Wells

If Wisner traveled the world in search of answers to love and Weiner was bent on finding where happiness resides, Wells, on the other hand, went around the USA to find the mythical Perfect Beer Joint. It’s an interesting journey, and an interesting read. As one comment from book author Michael Lewis went: “Any author who can talk his publisher into paying him to drink his way across America deserves to be taken seriously.” Hmmm…that gives me an idea.

This one is not a travelogue but a teen novel about a teenager who traveled across countries to deal with challenges around her and within. As Wittlinger puts it: “The idea of the ‘journey’ novel during which the actual traveling echoes an inward journey is not new, but it’s effective, I think, because it’s so often true.” I second the motion.

15.  Around Asia in 1 Hr (Tales of Condoms, Chillies and Curries) by Yeoh Siew Hoon

Siew Hoon, a seasoned travel journalist, starts her book with: “Before I wanted to be a writer, I wanted to be a tour guide. I was young and naïve then and I wondered why anyone would pay someone to travel and do nothing but write about it?” And there was no turning back for me as I flipped one page to another. I tt was not just her adventures across Asia and Australia, most of which I have visited myself, but also her thirst for stories behind the landmarks and underneath poster photos that made me relate to this author.

If you have 30 Days in Italy, what would you do? The 30 short stories featured in this book may just give you an idea. Each author told their respective stories on their experiences in Italy from burglars to foster families to an Italian winter to an afternoon with Frances Mayes. It was a good read, partaking in the experiences of 30 authors.

Not content with 30 short travel stories, I have this thick Chicken Soup for the Soul book that combines various stories of adventure, inspiration and insight to celebrate the spirit of travel. It was exciting to read narrations about living one’s dream, making a difference, finding love on the road, and the kindness of strangers.

18.  Around the World in 80 Treasures by Dan Cruickshank

I first bought this book before I found a DVD of the BBC show of the same title. BBC permitted the publication of the book as Cruickshank, who also hosted the BBC special, shared his findings when he documented 80 world treasures. I can use this as my basis for a travel bucket list. I’ve only been to Borobudur, Angkor Wat, Angkor Thom, Golden Elephant of Ayutthaya, Great Wall of China, Forbidden City, Summer Palace, and Terracotta Army. And there’s more to visit.

19.  The Routes of Man by Ted Connover

This is a book I got from another blogger. The author documented how roads are changing the world and the way we live today. Visiting several countries, Connover explored highways and roads and how they connect places, people, cultures, and time. My favorite part is the epilogue where he used several road-related figures of speech. “I guess because roads are the best metaphor we have for talking about life,” he wrote.

20.  Shadow of the Silk Road by Colin Thubron

Thubron retraces the path of the Silk Road, taking local transport and riding camels and donkey carts, for eight months. From Xi’an in China, he made his way to 7,000 miles across China and the Middle East until he reached Antioch in Syria. It was not an easy journey, yet he was able to flesh out stories or insights from people he encountered along the way.

These books are great companions for armchair traveling. Not only do they take you with them in their journey, it also inspires you to get on the road and travel their paths yourself. But if time, resources and circumstances will not permit this, their prose are enough to give you a glimpse of the larger world outside your own.

Interested to read more blogs about books? Check this #LMMLinkup!

*All photos I posted here are mine. I embedded the quotes on the images to provide a graphic presentation of the words.

76 thoughts on “20 Travel-Related Books In My Shelf”