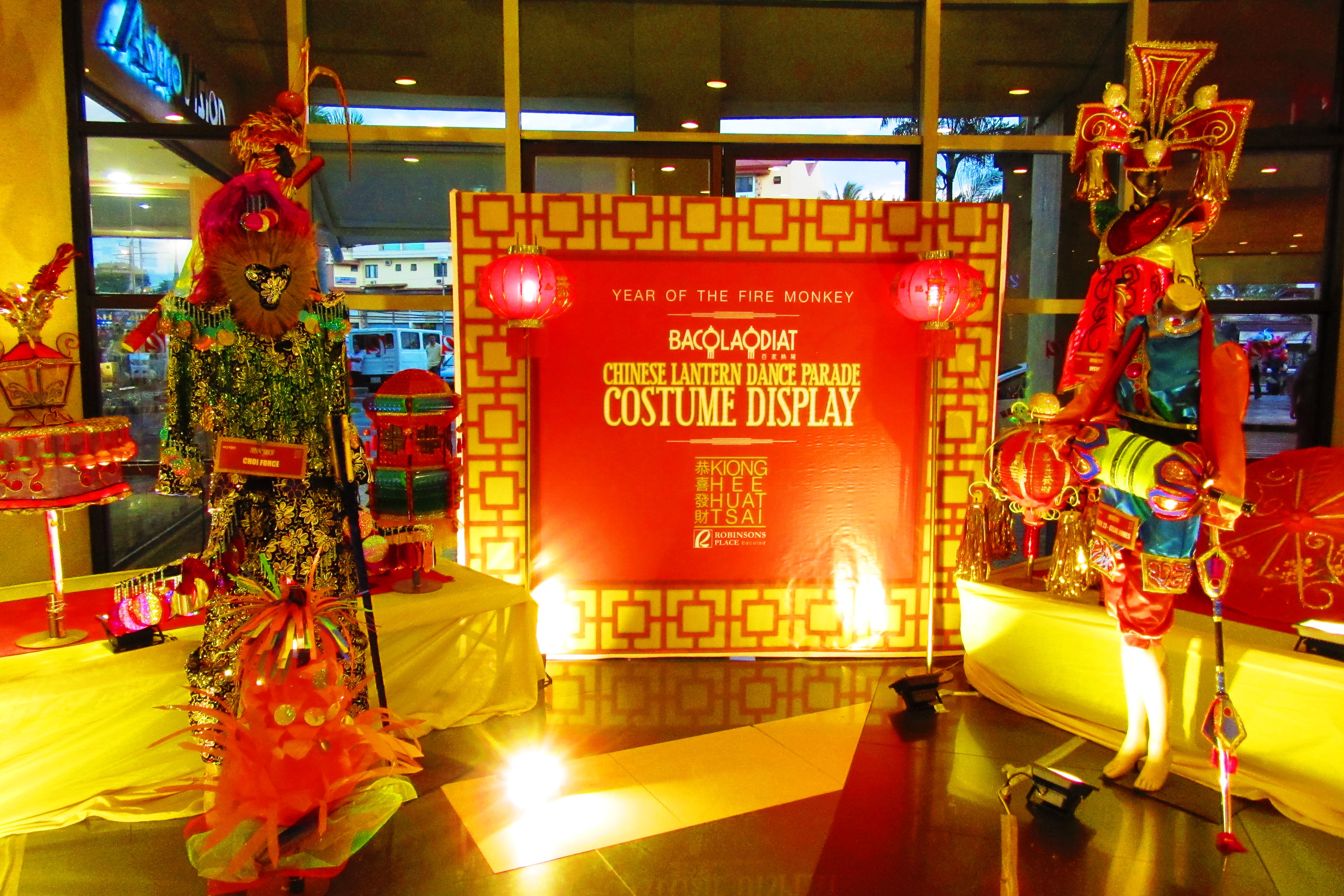 The Chinese New Year is one of the celebrated occasions in the world, especially in Asia, and definitely in parts of the Philippines. Bacolod City, on its part, celebrates it through the Bacolaodiat Festival. It is a conjoined word from Bacolod (the City of Smiles in the Philippines) and Lao Diat, which is a Fookien word for celebration.

Various activities are lined up for the Bacolaodiat. From February 5 to February 8, there are parades, shows and other attractions. You can see the Bacolaodiat page for the full details. Below is the schedule of activities.

Yesterday, the first day of the celebration, my sister and I went to Lacson St., wherein a portion of it, from fronting the Capitol Lagoon to 11th St., was closed for the festivities. Eateries line up the sidewalk and various products were up for sale. There were stages in different points of the closed area, where sponsors held their respective shows.

At the Capitol Road, there were booths featuring Chinese lanterns, watermelon carving, palmistry, and many other traditions that can be traced back from old Chinese practices.

While the rest of Lacson St. was more of a Masskara Festival than a New Year’s celebration, with grilled chicken and chicken innards throughout both sides of the closed street area, Yuan Thong Temple along Burgos St. was really of Chinese feel.

There were Dharma words, wishing papers, blessing rice packets, incense, wishing wells, and other pure Chinese traditions. Temple volunteers gave us a small packet of rice and some incense as blessings.

Incense and blessing rice were given out to visitors.

I remember the Chinese New Year adventure that my friends and I had two years back in Binondo, Manila’s Chinatown. People were dressed in red, a lucky color among the Chinese, and Chinese food were a craze. Three years ago, when I was still working in the wasla Hotel, we did our own Chinese New Year festivities inside the hotel, particularly in Mabuhay Palace, the hotel’s Chinese Restaurant.

As the Chinese tradition spreads across the globe and Chinatowns sprout all over the world, variations of the Chinese New Year celebration has also evolved.

A snake display at Lacson St.

The Chinese New Year is celebrated is the Lunar New Year in the Chinese calendar. It is often referred to as the Spring Festival. In fact, this is celebrated for 16 days, starting with the New Year’s eve and culminating to the Lantern Festival. Some trace the origin of this celebration to an old Chinese mythology about a beast who said to be eating children. Villagers offered food to appease the beast. But one villager found out that the beast was afraid of the color red and firecrackers. Thus, that was how some of the practices began.

The New Year also marks the change in the animal zodiac. There are 12 animals in the calendar and they are associated with the five elements: wood, water, fire, earth and metal. The year 2016 is the year of the red fire monkey. In my travels, I found out that Chinese calendar of the traditional Lanna culture of Thailand has replaced the pig with the elephant.

The food prepared at the streets of Bacolod are grilled chicken and chicken parts, a local delicacy.

During the celebration, traditional Chinese foods are prepared. There are hot pot, meat dishes, fish dishes, fruits like Mandarin oranges, noodles, sweets,  dumplings, and taro cake, to name a few. Red packets or red envelopes, often containing money wherein the amount is an even number, are given out to children or younger people.

Others exchange gifts or visit family members or relatives. Larger families make this a time for their reunion, especially during New Year’s Eve. Preparations for the New Year is also observed by cleaning the house.

During New Year’s Day, there are lion and dragon dances, offerings to ancestors, firecrackers and fireworks displays, lantern exhibits and parades, and so much more. Lanterns, paper cutouts, New Year paintings, and spring couplets are placed for decoration. New Year markets are often set up, just like what we have in the Bacolaodiat.

The vibe along Lacson St.

How about you, how does your place celebrate Chinese New Year?