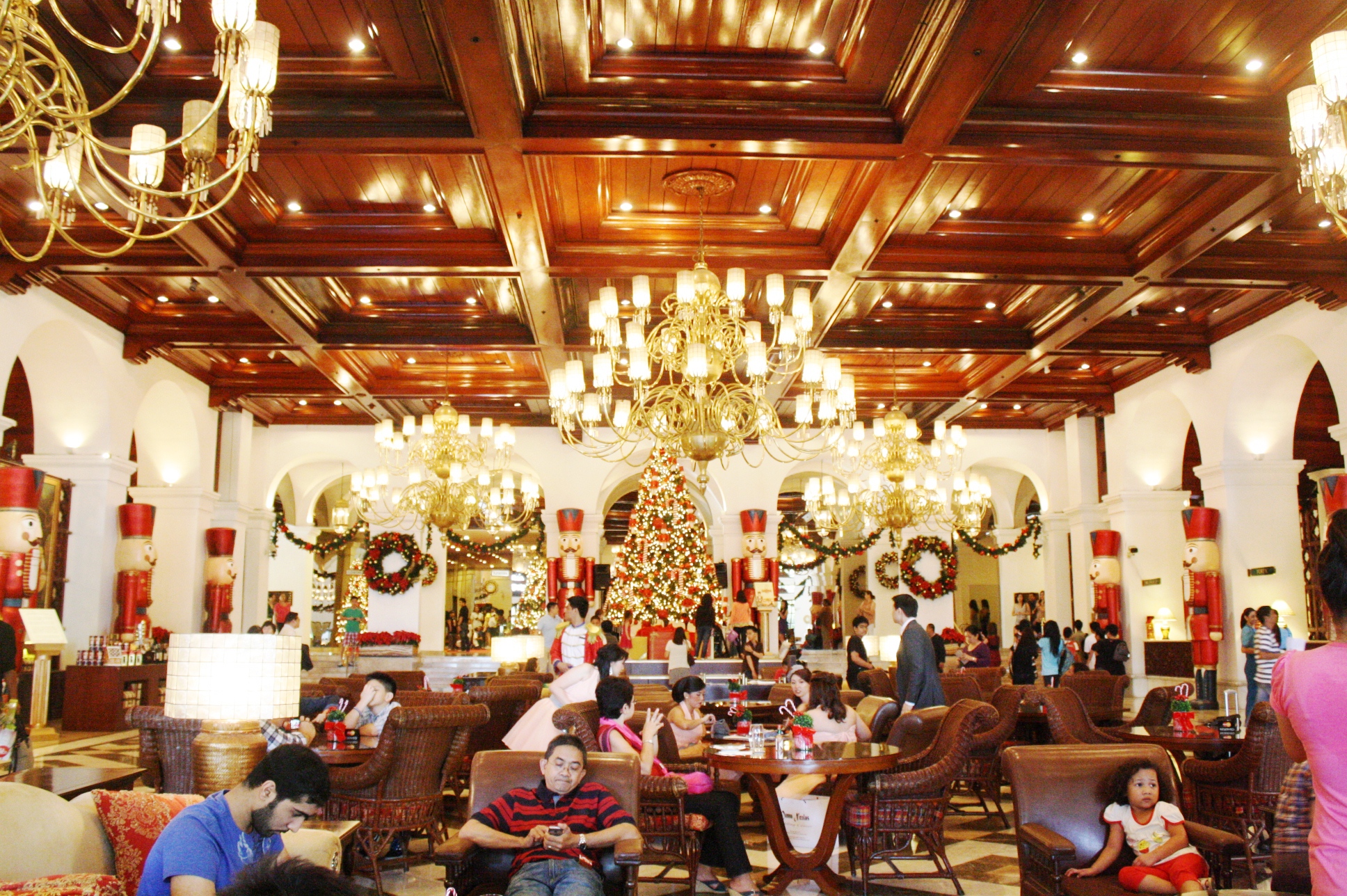 One hundred years seem to be a pretty long time. When you enter the grand lobby of the Manila Hotel, it gives you a feeling of nostalgia as you remember your childhood memories here or imagine Filipinos a century past donning their ternos and barongs, dancing under the same beautiful chandeliers.

But when you view the pool and dine in its outlets – Café Ilang-Ilang, Champagne Room, Mabuhay Palace, and the Tap Room – you’ll feel so much into the present, given its modern designs, equipment, facilities and a wide array of food offerings.

No, I won’t entice your palate with Manila Hotel’s menu, like the Cote du Beouf. Rather, I’ll fascinate you with the historic suites located in this Grand Dame of the Philippines. I myself was awestruck when I entered the MacArthur Suite, home of the famous General Douglas MacArthur during World War II.

The hallway gave way to a series of doors leading to various chambers within the suite. First, I entered the master’s bedroom, with a foyer that has a sofa where the general must have stretched himself reading the newspapers of his time.

The bedroom has a door adjoining to the general’s office. Old photos hung by the side of his desk, while behind the desk was a glass cabinet that kept his books, mementos, and his general’s hat. Ornate chairs are found before the desk for his visitors. A quaint dutch lamp fills the side table. From the general’s chair, one can view from the window the port and Manila Bay, a strategic location, I might say.

Another door joined the small office to a dining room. I presume MacArthur’s generals and lieutenants frequented this room, either to report the scenario on the ground or to strategize their next moves. A tiny kitchen could be found at the side of the dining room, where servants could prepare the food and serve them easily.

Next to the dining room was the expansive living room. He probably hosted some top-level guests here or spent a relaxing afternoon while watching the bay. There was another chamber at the end of the hallway that has twin beds, for his entourage or family members.

Apart from the general himself, personalities, like former US President Bill Clinton, also stayed at the MacArthur Suite.

From the fifth floor of the old wing, I proceeded to the 18th floor of Manila Hotel’s new wing. I had to take a small private elevator from the 17th floor to the floor above. As I entered the top floor, I was amazed by the antique decors that filled the hallway. Wooden religious statues and carvings, old jars, and ship lamp post hanging on the wall are historical treasures that add value to this spot in the hotel. Most of all, it provided a breathtaking view of the metropolis.

The floor only had two rooms – the Dr. Jose P. Rizal Suite and the Presidential Suite. The suite named after the Philippines’ national hero had a few chambers. The living room was large enough to host a party. It also has a great view of the bay and the beautiful sunset.

I didn’t linger at the Dr. Jose P. Rizal Suite because I was dying to see the Presidential Suite. As I walked the inclined carpeted platform of the suite, I was filled with anticipation. What I saw next took my breath away. It was a private pool, with greens on the side, light streaming from above, and a grand view of the walled city and golf course below, as well as the skyscrapers that filled Metro Manila’s skyline.

The master’s bedroom is, well, presidential. A bed net was draped by the bed, similar to the one at the MacArthur Suite master’s bedroom, which emits an old-fashioned opulent look. The television set was huge, giving a theatre feel to the occupant. There are two other chambers with private toilets, a common toilet for guests, a living room, a kitchen, and a servant’s quarter.

This is one accommodation fit for royalty. Heads of states have stayed in this room. It’s one for the privileged. I guess I’m lucky because even though I never had the opportunity to stay in this luxurious room, I had the privilege, no pun intended, to take a peek on the grandeur of Manila Hotel’s special suites.

One thought on “A Peek into Manila Hotel’s Suite Life”