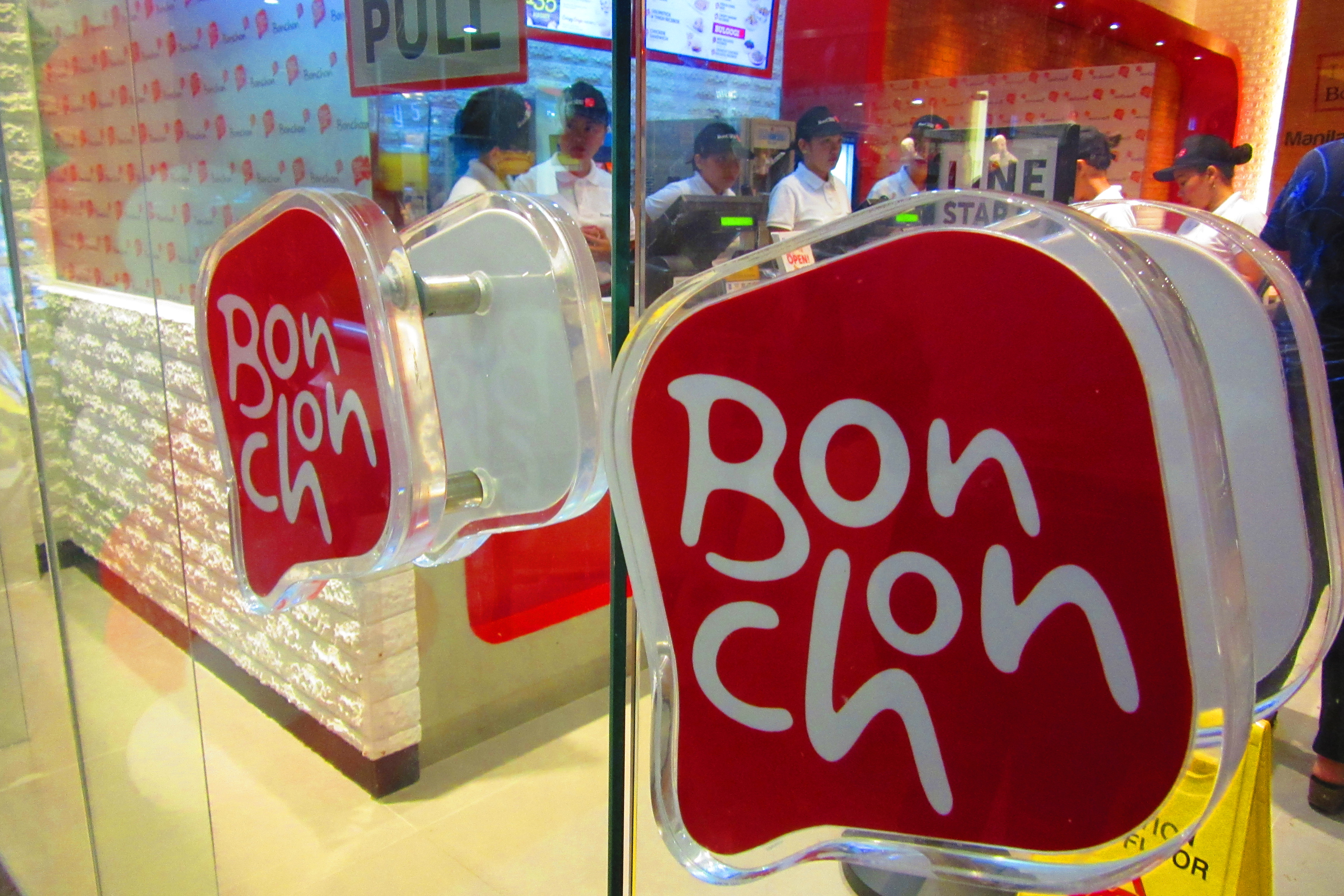 No, we’re not getting enough of yummy chicken delights in Bacolod City. While we boast of a Manokan Country (“manok” is the Filipino word for chicken) where delectable grilled and barbecued chicken abound, we still welcome other chicken treats – fried, roasted, simmered, glazed, or cooked in any other way.

Imagine our excitement when we heard that the famed BonChon, which is a hit in New York for its Korean style of frying chicken, has finally set foot in the City of Smiles, Bacolod. Before BonChon came to Manila, my friends and I were like little girls giggling with excitement when we saw the banners proclaiming its opening in the Philippines. Once I made my first bite, there was no stopping me. So when my sister and I had a trip early this year to Manila, I had to bring her to BonChon to try their crispy glazed fried chicken.

BonChon, which literally means “my hometown” in Korean, is known for its Korean fried chicken that’s super crispy yet light and non-greasy, with hot moist juicy meat, and sauced with its addicting flavors. From its Seoul, BonChon opened branches in New York where its crispy chicken secret earned major media and industry accolades. It similar success in other US cities such as San Francisco, Boston, Virginia, and New Jersey set the stage for the restaurant chain’s international expansion in Bangkok, Manila, Jakarta, and Singapore. At four years of operations in the Philippines, BonChon has grown 90 stores in the country, with a strong presence in key cities such as Cebu, Davao, Baguio, General Santos City, Cagayan de Oro, Boracay, and now Bacolod.

Bacolod is BonChon’s 91st store in the country.

I’ve tried this local shop in one of the alleys of Seoul, South Korea, that was selling fried chicken. From afar, the aroma already delighted our senses, so my traveling companion and I decided to try their product. We entered the small store, ordered our chicken and we were munching non-stop, raving about it to our friends when we returned home to the Philippines. Such is the Korean stamp of frying chicken.

And that was even just a hole-in-a-wall eatery in Seoul. More so with BonChon that has even made Korean fried chicken even better. What’s even more lip-smacking about BonChon is its flavorful glaze that wraps around the crispy chicken skin.

BonChon all over the world.

“The secret of eating BonChon is to eat the meat with the skin because the flavor is wrapped around the skin,” reveals Anna Ramos of BonChon. Hmmm…chicken skin… sounds sinful, and I’m not even a big fan of it, but…(there’s the big BUT), I would forego my indifference over chicken skin as long as its BonChon chicken.

The four flavors to choose from are: honey citrus, soy garlic (my preference!), spicy, and the now crunchy garlic sauce. Solo diners may enjoy Ricebox Meals that include the world-renowned chicken with a rice and drink, with the option to upgrade to the Seoul Fried Rice, which is the best accompaniment to BonChon chicken.

Chicken is available in a wide range of handheld food items: Crispy Chicken Sandwich, or for a hearty snack, the Snackwich in Double Garlic and Double Spicy.

Not only chicken products are prepared in a crispy flavorful way. BonChon also has other food offerings: the brand’s take on the English classic of Fish and Chips, Crispy Squid Rice, and the raved-about Fish Taco which was inspired by the California food truck mishmash of Korean and Mexican. The Seafood Platter is a sampler of the best of the sea, perfect for sharing.

True to its heritage, BonChon serves classic Korean bulgogi, which is available in two ways: the traditional Beef Bulgogi Rice; and the BonChon-style Crunchy Chicken Bulgogi Rice. They also have Bulgogi noodle soup as a side dish, which appealed to my taste buds.

For a fresh option, there is a choice of the Oriental Crispy Chicken Salad or the classic Caesar Salad, as well as the well-loved refreshing House Blend Premium Iced Tea.

Families or groups of friends can also enjoy the Team BonChon Group Meal which includes a good sampler of BonChon favorites for four people. As a sweet ending to a BonChon meal, the desserts are a must-try. Ko-Yo (or Korean Yogurt) strikes the perfect balance among tart, sweet, cool, and creamy – served in alternating layers with home-baked graham pie crust, and offered in Mango sans Rival, Blueberry Torte, and Banoffee Pie variants. Or have a Crispy Crepe: crispy dough filled with fruit preserves and finished with delicious toppings — Apple Cinnamon or Mangoes and Cream. Add a scoop of Ko-Yo to make it Crispy Crepe Ko-Yo a la Mode.

Can’t get enough of chicken? Grab a bite of BonChon chicken and you’ll love it!

BonChon is located in the North Wing of SM City Bacolod. To get to know more about BonChon’s menu, visit http://www.bonchon.com.ph.