Cooling It Off At Don Salvador Benedicto 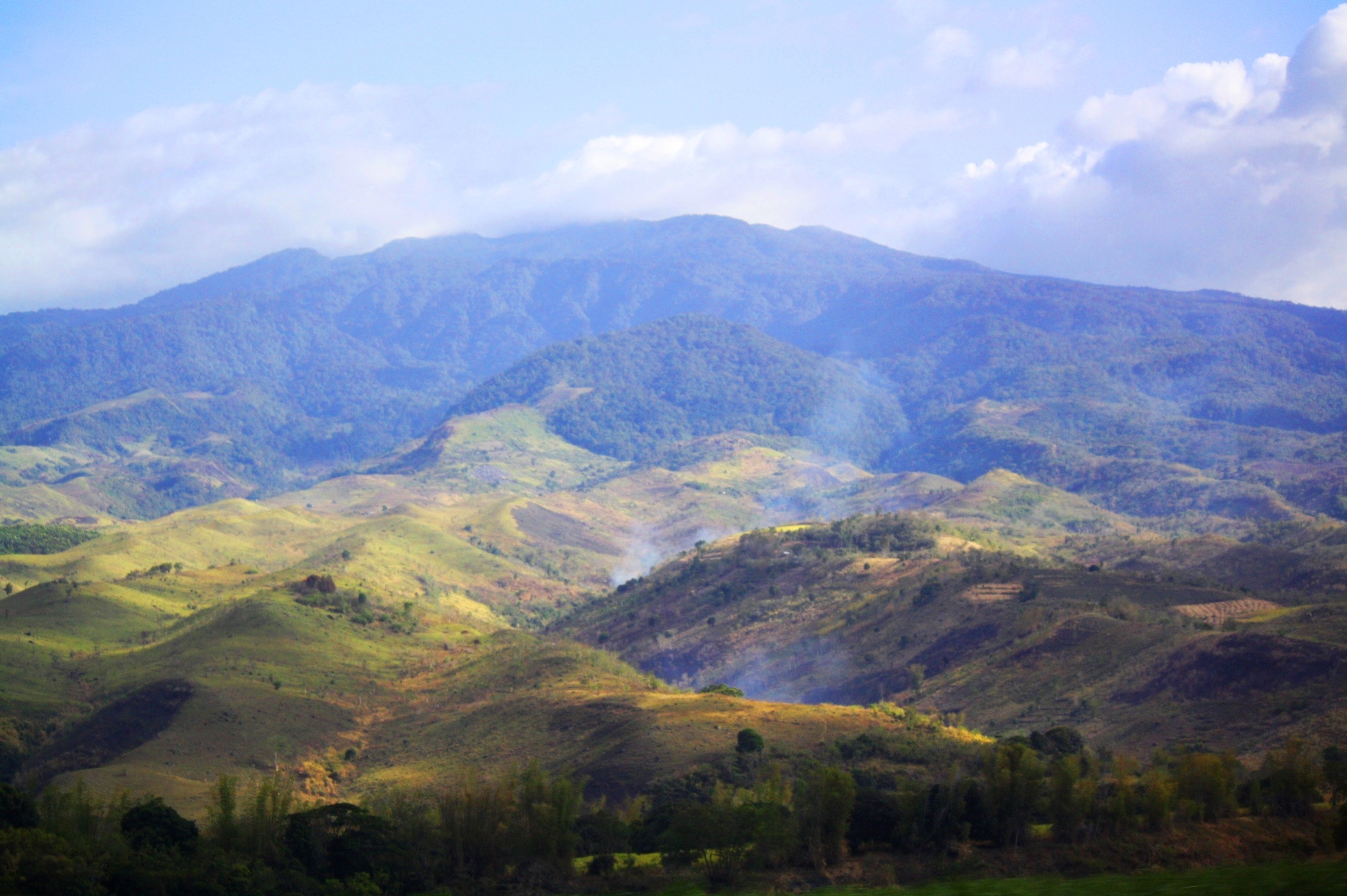 Since I moved back almost two years ago to my home province of Negros Occidental, Philippines, I have always been eyeing a day trip to Salvador Benedicto, or often referred to Don Salvador Benedicto or DSB. This upland town is dubbed as the summer capital of the province because of its cool weather. I wanted to drive there and explore the place but never got around to actually doing it because I wasn’t familiar of the roads.


Last Holy Week on our way back from our Siquijor trip, we opted to go through the eastern coastal side of Negros Island from Dumaguete City, Negros Oriental to San Carlos City, Negros Occidental and onwards to Bacolod City via Salvador Benedicto. That was the only time I got a glimpse of the mountainous beauty of the town, with the cool breeze whipping to my face, walls of wild ferns dotting the slopes, rice terraces, and pine trees lined up along the highway.

Mountains and rice terraces are among the common landscapes you’ll see when DSB.

Recently, I joined my DOT-accredited tour guide friends Artie Lacson and Maricar Dabao, who invited me to relax and unwind in one of the resorts in Salvador Benedicto. If, during my holy week trip, I saw the place from San Carlos City to Bacolod from late afternoon to early evening, this time, I was able to appreciate the scenery in the morning from Bacolod to Salvador Benedicto.

From Bacolod City, one can get to Salvador Benedicto via Murcia, and it can only be about 45 minutes to an hour by private vehicle. You can commute by taking the Ceres bus from the south terminal. Look for San Carlos City via Salvador Benedicto on its sign board.

Who is Don Salvador Benedicto?

This is a question of some of the travelers who find about the place through internet. The man behind the name was the late Vice Governor of Negros Occidental who was instrumental in the establishment of the Revolutionary Government of Negros Island Barangay Igmaya-an when the Japanese  occupied the Philippines in World War II.

As we entered the boundaries of the town, we stopped at the KM 30 road marker. Our driver placed the car on neutral and it went backwards, uphill. They say that this is part of the gravity hill or magnetic hill. I searched the internet about this and watched a video explaining the phenomenon, only to find out that the myth of a gravity hill is busted and optical illusion as the main explanation. Still, it was an interesting experience.

Eventually, we proceeded on our journey and the zigzag roads began. We passed by resorts, viewing decks, fruit and flower stands, and a billboard featuring the zipline adventure. We stopped by one of the stores along the highway selling vegetables, root crops, fruits, plants, mushrooms and other food items. I bought a kilo of fresh sweet potato (or kamote, in the local language) at only P20 (about USD 0.43) and a bottle of honey at P150 (app. USD 3.26).

Pine trees along the highway.

We then went to Balokon Spring Resort (READ my post here) for lunch and some relaxing time. After a few hours of swimming, eating and enjoying the good weather, we continued with our road trip.

Artie and Maricar brought us at the St. Francis Eco-park, which turned out to be closed at that time and operation is still on hold for maintenance and rehabilitation of the place.

The fish pond at the St. Francis Eco-park.

As we entered the compound a grotto came into view and a statue of St. Francis seated at a bench could be found across it. Located at Km. 53 of Sitio Codiawan in Brgy. Bunga, Salvador Benedicto, the Eco-park boasts of its organic pool, which was empty by the time of our visit, and organic products.

The forest with St. Francis at the foreground.

There is a forest nearby as volunteers can help plant trees in the Eco-park. There is also a fish pond and you can even fish for tilapia at a certain fee. We didn’t stay long and bid our adieu as we decided to go back to Bacolod.

The statue of Mother Mary at St. Francis Eco-park.

From the highway, we stopped at a view deck with signs indicating that the Malatan-og Falls is nearby. Or so I thought. From the deck, we saw lush mountains at the horizon and in their midst is a tall waterfalls. Though we could see it from a far distance, the falls still exude an exquisite beauty that can render one breathless.

If one wants to see the falls up close, it is about 30-45 minutes of trek downhill. We weren’t up to it at that time and were content with some photo opportunities. We also bought some sweet potato chips and other food products being sold by the vendors at the view deck. We also purchased a kilo of avocadoes, also at P20 only.

Malatan-og Falls is discernible from the deck.

A closer look at the waterfalls.

Further along the highway, the statue of the Lion came into view. There was another view deck which was developed by the Lion’s Club. We made a brief stop so we could take some photos of the rice terraces and the scenery. Below, we could see religious statues and the Santuario de San Padre Pio.

The lion watching over the highway.

The religious statues, which seem to be part of a way of the cross.

It was a fulfilling day trip to Salvador Benedicto. On our way home, we made a side trip in Murcia wherein we had ice cream at the Hilltop Restobar and a visit at the Catholic Ming Yuan College, which I will talk in detail in my succeeding post.

15 thoughts on “Cooling It Off At Don Salvador Benedicto”