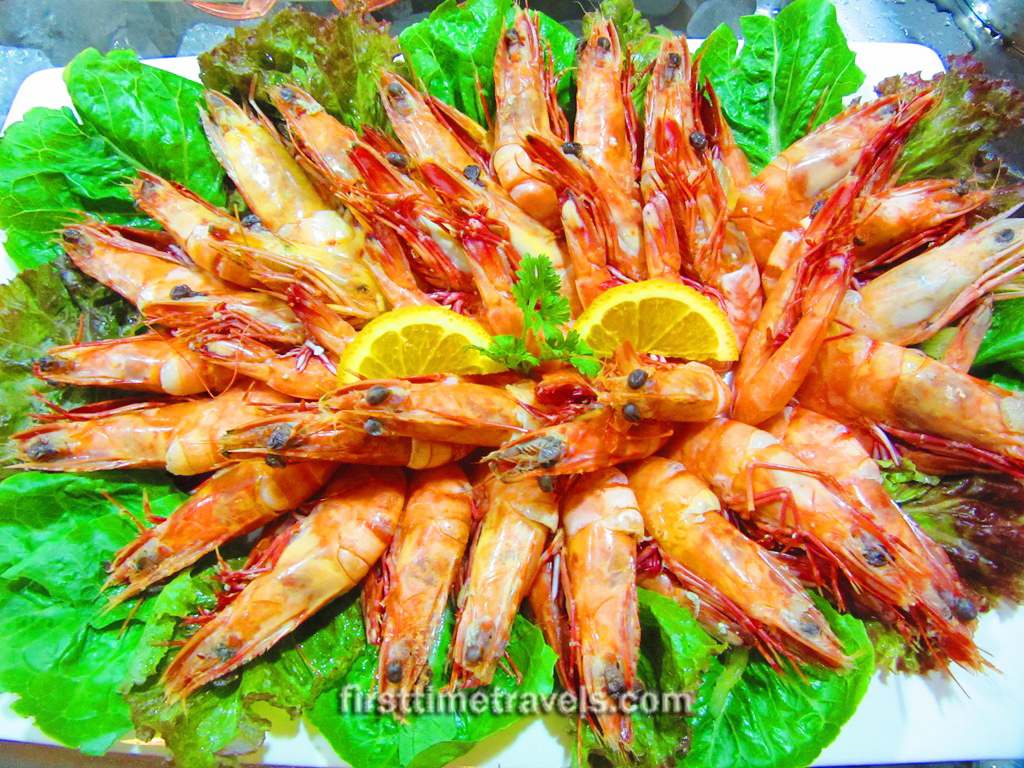 Home sweet home. It truly is. That’s because home is Bacolod, the capital of the sugar bowl of the Philippines. It is known for its delectable food, especially desserts.

I’ve already written some fine eating places in the City of Smiles in my previous blog post Eat is Bacolod. Ever since I came home last June, I’ve visited and tried several restaurants in the city. As they were too many, I was planning of doing separate posts for each. But since the Masskara Festival is just around the corner and many travelers will be coming over, I decided to put them all in one post.

Take your pick and have fun eating!

Sunday lunch is fun when shared with the family and what better place can there be than to be in Pepe’s. Its restaurant at the second floor of the Azotea Building was a good location, providing a good view of Lacson St. that leads towards the boundary of Bacolod City and Talisay City. There were parking spaces but limited as we were not expecting a lot of people to be heading to Azotea Bldg. the same time as we did.

When it comes to food choices, they have great grilled food menu. The one I had was the finely cooked Baby Back Ribs which was just so sinful as every bite and chew melted in my mouth. After a hearty meal and a good conversation, we capped our lunch with dessert.

The restaurant staff afforded us with a warm hospitality although some orders had to be followed up from time to time. Prices are reasonable as they range between P100-P200.

I’ve heard about Mely’s from our mother several times. She’s been raving about it. So, one Sunday after church, my sister, cousin, niece and I headed to Mely’s for a filling lunch.

Luckily, we were able to find a parking spot. But Mely’s was full at that time and we thought that our luck must have ended at the parking. Not so because a waiter who welcomed us informed us that they can open one of their function areas at the adjacent building and prepare a table for us.

The restaurant has full glass windows, allowing light to stream in while enjoying the garden view outside.  As we were seated, the staff directed us to the main restaurant where we can choose for the food we could order. The food served were mainly Filipino dishes and I opted for a chicken binakol, a soup with coconut water and meat. We ordered other dishes as well from the “turo-turo” set-up and also from the menu board. The price range was around P100-300 per dish but it can be shared by 2-3 persons.

One of the premiere Japanese restaurants in the city, L’ Kaisei provides a relaxed ambiance with its airy interiors. The food are amazing, too. I tried the sashimi, my litmus test for every Japanese restaurant, and the fish are fresh and tasty. The price are reasonable. Plus, parking is not a problem in this restaurant. If you’re commuting, it is right along the main street of the city where several jeepneys ply the route.

Entering Café Uma, I was instantly drawn to the wall that featured magazine clippings of old Negrense life. Plus, you will be amazed by the miniature trains and trucks that carry sugar canes.

But not only the artful ambiance will attract you to Café Uma (“uma” in Hiligaynon means farm, which is often referred to haciendas in the province) but also, and more importantly, its food fare. A dish may cost around P100-300. They are Filipino food, so you get the Ilonggo taste of kansi (bone marrow soup), and adobo, which will sweeten your palate. They also have delicious desserts!

A sister restaurant of Café Uma is Trattoria Uma which serves Italian cuisine. The pasta are delectable with the right mixture of seasoning and herbs. Food dishes may cost from P200-P400, depending on your food option. I personally liked their ministrone.

At the other side of L’ Fisher Hotel is L’ Sea, which serves dimsum and Chinese delicacies. They have mixed vegetables and noodles. I think we tried a shrimp menu which was very delicious.

Café Bob’s is known for its brick oven pizzas. But it is also sought after because of its pasta, desserts, and gelato. And at the back of the café, they have their deli where cold cuts and different kinds of cheese are sold.

I like the interiors of Café Bob’s. They sometimes display artworks in their support to local art. Their prices are affordable, given the quality and taste of their food as well as the wonderful ambiance they offer.

I liked the dimsum in Hong Kong Kitchen because they are tasty and mouthwatering. Try their vegetable dishes and pair them with the yang chao. My mother is not a big fan of this place but when I tried the food, I wondered why. We probably don’t share the same food preferences.

I was a bit curious about charcoal chicken so we tried Peri-Peri. It was full when we got there. They have a large space and we were accommodated at their bar area. They had a special promo at that time that afforded us unlimited soup and unlimited drinks.

Sadly, the soup was a bit overcooked. Even the chicken and the pasta, I was not satisfied. It was such a pity because I was expecting so much from them as the concept of charcoal chicken was a bit interesting.

I think this one tops my list. My sister is not so much into fish and shells. But, oh boy, the kinilaw and the baked scallops were just so amazing! I swear we will go back to Chikaan to try their other dishes. And to think that at that time we were trying to run after time. It took time to cook but we still made it to our deadline.

If not for the price, Museum Café would be definitely my no. 1. Also, this is the best ambiance I ever had. There were artworks everywhere and live jazz music was being played. My favorite is the salad that came with our rice meal. There was no vinaigrette but only oil and some salt. But because of the good mix of vegetables and fruits, it was the superb salad I’ve ever tasted! I would concur with media outlets to declare this as the no. 1 restaurant in town (if you have the budget, of course).

Their cordon bleu were okay. So was the chili garlic shrimp. But the chicken is a bit dry. Still, dining at Cookies and Crumbs is a great experience. The quiet, private corners are inviting. Price range are also reasonable and affordable.

A Taste of Italy at The Ruins

The  ambiance is perfect. The murals inside the restaurant would make you feel you are in Italy. Then outside our window, the lighted Ruins of the mansion makes you forget you are in the Philippines. It takes you to a different place and era when you dine here.

So we ordered gnocchi alla varesina, salsiccia and bruschetta. It even looked tasty. But as we took our bite, the salty aftertaste stayed on our tongue. It never got any better. Spoon after spoon, the saltiness overpowered the flavor of the food. We had to order a P100 worth of bread just to downplay the salt. The price was also a bit steep. But it would have been acceptable given the location and the Italian recipes. Yet, the salt sure made us leave our dinner with unhappy tummies.

I’ve been seeing a lot of Greenoz branches all over Bacolod, Talisay and Silay.  I’ve known Greenoz as to having one of the largest pizzas there is.

We dined in its store in Alijis and ordered a pasta and a pizza (of course!) They didn’t disappoint us. You’ll see the pizza being prepared and you can even watch them. Price is very reasonable, too.

Coming from Sharyn’s and making a U-turn at Hilado St., we chanced upon Sofia Bread and Pastries. It seemed pretty new. Their cakes looked tasty. We bought some breads,which were good. They run out of their pasta offerings that day. We could have taken our snacks there if those were available. I like it’s interior design with interesting posters and quotes on the wall.

Right next door to Sofia’s is another bakery. It’s the B&C (or BNC or Bread and Cake) Korean Bakery. They have free tastes and they have all kinds of Asian breads — there’s kopi roti, goroke (or croquette), lamington cake, and so much more. The pastries are interesting as some I’ve never seen them before. They also have a branch at the 2nd floor of Lopue’s East.