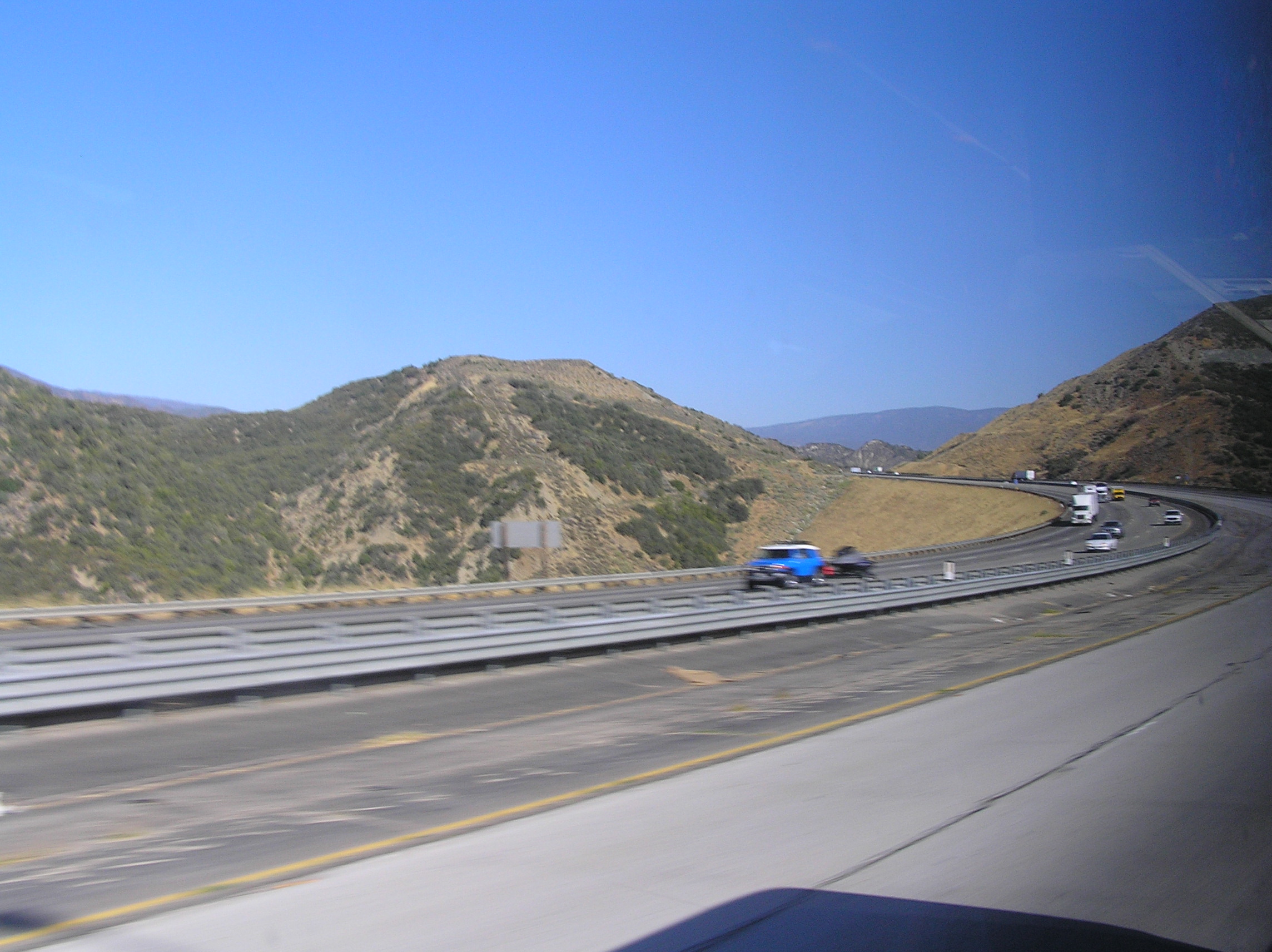 I woke up one early June morning feeling restless. It was my last day in LA and I had to be in San Francisco before the day is over to catch my flight back to the Philippines. This was probably one of those moments when I wanted to do something outrageous and mind-boggling.

Trying to budget my cash-on-hand and wanting to see California minus its glamour and neon lights, I decided to take the Amtrak train from LA to San Francisco, all by myself. The trip I was to take was nine hours and was divided into three legs – a thruway bus from LA Union Station to Bakersfield, a train ride to Emeryville, and another thruway bus to downtown San Francisco.

Views like this one were something I was hoping to see by taking the Amtrak.

Others might have thought I’ve gone bonkers given how tight my schedule was, but it was something I had already set my mind on. Of course, there was some anxiety on my part as I would be traveling alone but I braved through it and trusted my guardian angel to be by my side during the entire trip. Traveling alone in unfamiliar surroundings, especially when it’s your first time in a new country, seemed a dreary thought but I shook my apprehensions away and readied my belongings.

My friend who generously accommodated me in her LA apartment for five days volunteered to bring me to the Union Station. We dragged my heavy luggage as we took the subway at downtown LA.

We were at the Union Station by 6:30, an hour before the designated schedule. We walked to the counter to show my online reservation. I asked the guy manning the counter if I would have any difficulty with my luggage or if I need to check it in. He took one look at me and my bags (there was a trolley bag, a backpack, and a shoulder bag) and shrugged, “you’ll do just fine.” He also explained that there was one leg in my itinerary wherein checking in my luggage wasn’t an option, so it would be best if I would just carry them with me. Anyway, there would be baggage compartments where I could deposit my things.

I was the first one to arrive at the station. I sat on the bench as I waited for my bus. One by one, other passengers arrived. A lady sat beside me. She introduced herself as Marylou. I think she was in her 50s or 60s. Despite our wide age difference, we instantly hit it off and became fast friends. She animatedly shared stories with me. She came from Visalla (that’s where she said she was from) and was in LA to visit a friend. Grateful for this encounter and for having found a nice company in this journey, I asked her if we could sit together on the bus, to which she readily agreed. But when I found out that there were several empty seats on the bus, I decided to take the seat in the opposite row so we could have more room during the ride. The bus was indeed large with overhead compartments where we could store additional baggage and, more importantly, there was a toilet at the back.

Finally, we departed the station and took the nearest freeway. Since I got to see little as the bus entered the freeway I dozed off to sleep. I suddenly woke up in the middle of the trip and found myself staring at a beautiful lake surrounded by mountains. The scenic spot was very serene. I was mesmerized that it was too late when I took out my camera. I tried to read any sign that would tell me the name of the place and found a Vista del Lago signage.

Brown hills and mountains filled the landscape. There were small communities visible from the highway, one of which was found at the foot of Mt. Frazier. Less than an hour later, we entered Bakersfield. It’s a nice suburban area. Yet, progress seemed to be catching up with a Marriott Hotel beside the station as well as international fast food chains like KFC and A&W scattered around the area.

The train ride was smooth. Although there was more room on the second floor, where the dining lounge could be found, I opted to stay in the lower section with Marylou. I later found out that the lower part was reserved for senior citizens and the physically incapable. But there I was with Marylou, and the train conductor checking the tickets didn’t mind me at all, even when she got off at Hanford.

I’ve fallen asleep in most of the trip. I would often wake up to watch the scenery. It was a peaceful and delightful journey. Apart from mountains, we also passed by vineyards, orchards, strawberry farms, wheat and corn fields, ranches, cattle farms, rivers, junkyards, windmills, neighborhoods, and mostly depots. Yes, in the 410-mile stretch I’ve traveled, depots were everywhere. It was apparent that industrial parks and agricultural industries have been designated outside of large metropolis such as LA and San Francisco.

“So, this is California without the skyscrapers and the malls,” I thought. And I found the scenery very interesting. In fact, I would have loved to get down in some of the stops and explore each area, if not for a flight I had to catch later that night. We passed by cities and towns like Wasco, Corcoran, Hanford, Fresno, Madera, Merced, Denair, Modesto, Stockton, Lodi, Elk Grove, Sacramento, Davis, Antioch-Pittsburg, Martinez, and Richmond until we reached Emeryville, which was one station away from the last one – Oakland.

When I got off at Emeryville, I instantly located the bus bound for San Francisco. In less than an hour, we were crossing Bay Bridge, passing over Yerba Buena Island and Treasure Island. Alcatraz and the San Francisco city line came into view. We went around San Francisco in six drop-off points before we reached the shopping center. I even enjoyed the mini-tour around downtown, the financial district, and the wharf because I got to see other parts of San Francisco that I hadn’t seen previously.

Time passed by so quickly. In a few hours, I was in SFO checking in my luggage. But I was glad that in my short stay in the US, I was able to embark on an Amtrak adventure and all on my own. It’s something I would love to do again if I get to return to the US.

5 thoughts on “First-time aboard Amtrak”