First-time at the foot of Mt. Halcon 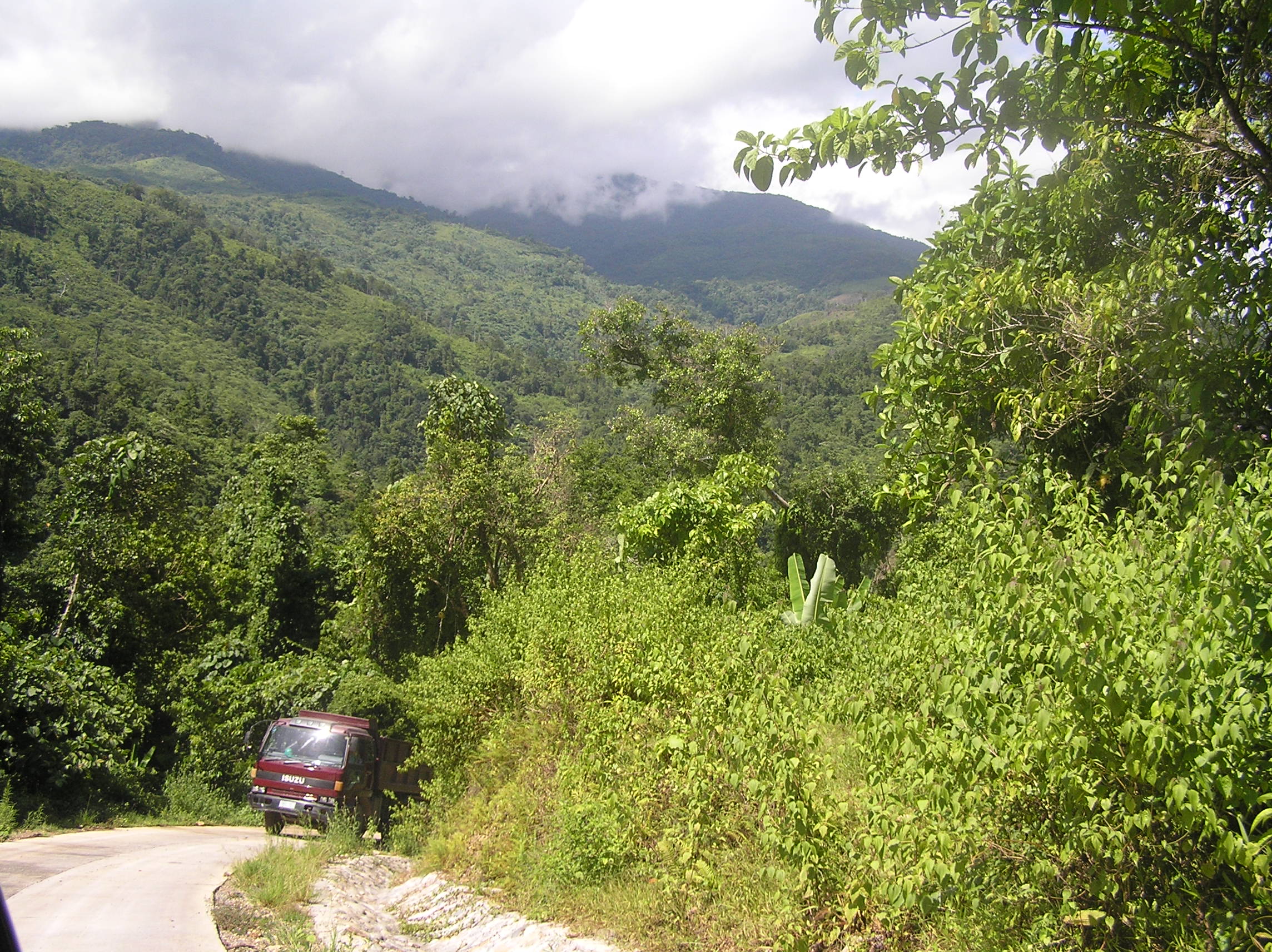 I have visited the town of San Teodoro in Oriental Mindoro several times. But I have not ventured anywhere near the foot of Mt. Halcon, where we have a possible site for volunteer vacations. The one I did there the last time was mangrove tree planting in its coastal area.

At Wednesday morning, I agreed to meet another non-profit partner for this project at the Batangas pier. I had to take a two-hour bus from Manila to get to the port, where a fast craft ferry travels to Calapan City, the capital of Oriental Mindoro.

The view from the place where I stayed in San Teodoro town proper.

Traveling in the province has its challenges. For one, jeepneys had to wait to be filled up before they set out to their destination. Often, these people, who live far from the city proper, had loads of stuff with them to bring to their respective towns. The jolly side was that although they didn’t know each other, passengers openly exchanged conversation as if they were long-lost friends. One inquired about the umbrella another passenger bought. However, the familiarity does not end there. The jeepney driver often brings passengers right at their doorstep upon request. Old people were revered like elders in the family, so they get special privileges, too. It was fun to observe the dynamics of the local people just by riding their mode of transport.

Another staff member of a partner organization was on his way so my companion and I waited up for him. It was 7:00pm and he hasn’t arrived yet. We decided to grab dinner at the local restaurants. Unfortunately, establishments in the countryside close up as early as 6:00pm and the restaurants could no longer offer us dinner. Starved, we went for burgers at a local stand along the highway.

The night was expectantly quiet as in most Philippine towns outside of the metropolis. It was after midnight when heavy rains poured. I was afraid that we might not be able to visit Mt. Halcon.

On the way to the foot of Mt. Halcon.

The day after, the sun finally came out despite threats of another impending rain. Our other companion has arrived who decided to stay in Calapan after failing to get the last jeepney trip to San Teodoro.

The adventure has begun. The municipal office brought us to the site. We went through a narrow rough road and passed through some small communities. As we went up, less and less houses were visible and trees and grasses filled our landscape.

A hut that we saw on the way.

After an hour of twists and turns through the mountain, we arrived at the foot of Mt. Halcon where we would set up a forest museum. It would be protected area from local and professional loggers.

Right at the foot, a small community of the Mangyan tribe, the indigenous people live there. A small school was the first thing we saw. Several houses dotted that piece of land. Carabaos, chicken, pigs, and other animals roamed around the area. There were people by the river, washing their clothes.

The school at the foot of Mt. Halcon.

We surveyed the area and found lush green surrounding the clear water running through rocks along the river. The rocks were beautiful and polished by the raging waters. The coconut trees swayed through the breeze. It was beauty in its natural form. It was a beauty I’d like the future generation would someday behold.

Our trip ended on this river as we headed back to town proper.

As we went back to town, the picture of the simple life there tugged my heart: children running around (and hiding from us); men and women exchanging stories like they have all the time in the world; and animals not threatened by human presence.

A Mangyan child looking out through the whole on their wall.

Mt. Halcon is their home. It is something we should preserve and respect.

7 thoughts on “First-time at the foot of Mt. Halcon”