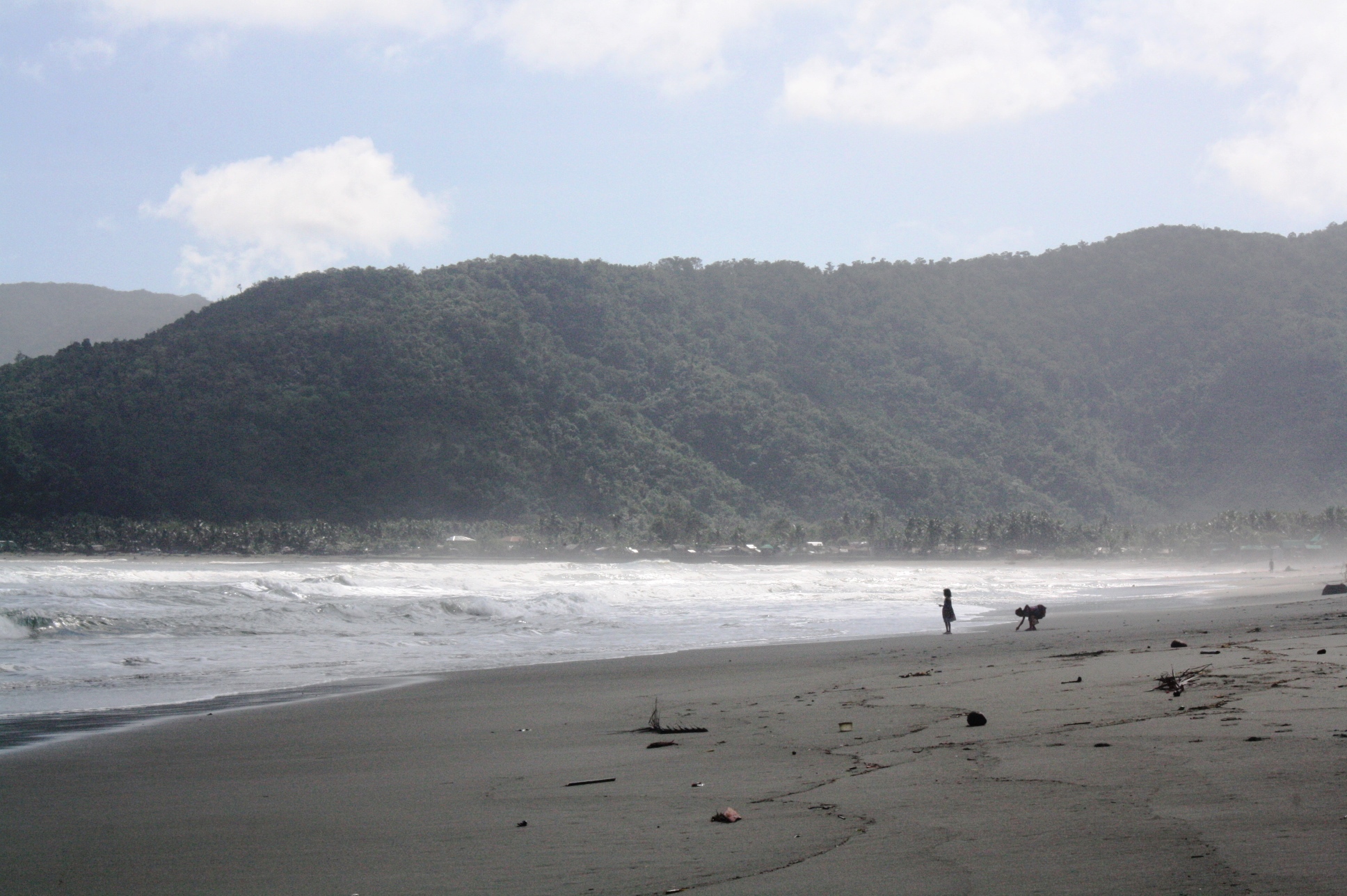 As the morning light slowly fills the sky and streaks of sun rays brightens the dawn, a breathtaking view of the valley with a thick white even cloud covering the villages down below like a blanket.

The van we were riding was a bit fast as we zigzagged the winding roads and I couldn’t take a great shot of the view I was just enjoying at that time. Except for the driver, everyone else was still fast asleep, unmindful of the swaying of the vehicle, as we were already seven hours on the road.

We were en route to Baler, Aurora, a place famous for surf lovers because of its towering waves. Aurora is a province in the eastern seaboard of the 7,107-island Philippines and it faces the Pacific ocean.

Gigantic waves are popular in Baler.

As our van made a pause before a narrow pathway, I automatically reached for my DSLR and clicked on the amazing view of the lake at the side of my window. We were entering the Canili & Diayo Dams. At the other side of the narrow strip was a jungle-like view with all the greens and trees.

The morning mist forms a cloud-like image that covers the trees and hills.

Small terraces of rice paddies also appear by the side of the road. We crossed bridges and went to more winding roads before we reached the beautiful town of Baler.

Baler has been known when a local movie was shot here. It recorded the historical events happened in Baler and it garnered several awards. Surfers and trekkers also ply this place, which is recently gaining popularity among local and foreign travelers.

One has to pass through this narrow bridge in the dam.

Baler has been our home for three days, where we had an enjoyable stay and pleasing adventures.