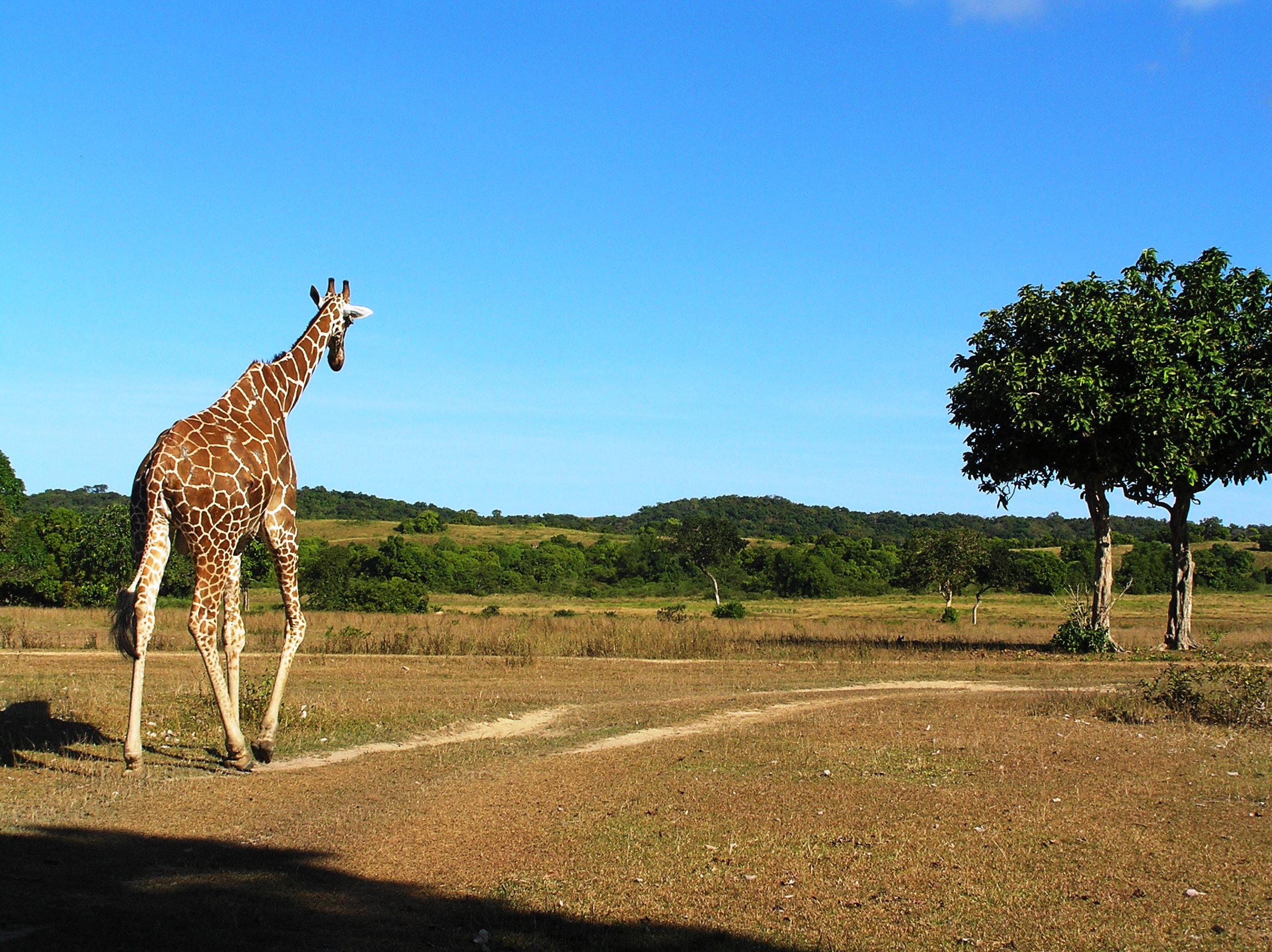 As Alex the lion, Melman the giraffe, Marty the zebra, and Gloria the hippo escaped to Madagascar and to Africa, we also had a little escapade of our own into a small island in the Calamian group in Palawan, called Calauit. It’s a wildlife sanctuary created by the Philippine government.

Since we had to catch the animals while they are out in the open at early morning and the boat ride takes three hours, we were scheduled to leave at quarter before 4:00am so we can be at the island by 7:00.

Everything was set and agreed the night before. The only thing was, our tour guide assigned for that day didn’t show up. With little sleep and with the not-so-usual waking time, we grumpily proceeded with the tour minus our guide, Fred.

Zebras take shelter under this tree.

Good thing that the van assigned to us took the initiative of picking us at the hotel. So, my friends and I, along with three other ladies from another hotel, went to Lambingan Bridge on a cold, dark pre-dawn boat ride. Rico, from our Coron Bay island hopping, was still the one manning the boat, together with two other men, which was a comfort since they all knew our itinerary and had our food and equipment packed already.  It turned out that we didn’t need Fred after all.

Going to Calauit Island on an early morning.

The pitch black sky dome was filled with glittering stars of all sizes. It was reminiscent of my childhood at the unpolluted neighborhood in Bacolod City, where the clear night sky was filled with constellations. For so many years, I miss the fun of looking up at the sky and locating the small dipper because living in the capital, where smog and neon lights fill the night, have dulled the luster of the stars.  Alissa, my friend who has lived in the capital for all her life, was amazed to see for the first time all the constellations that lit up Coron Bay. As the boat started to move, the water surface reflected the twinkle of the stars producing a magical effect in a somewhat damp and dark morning.

We have finally arrived in Calauit Island.

The water was still and so were the islands. Only slight movement could be detected. As the humid air smacked on our face, we dozed off to sleep until the heat of the morning sun and the rocking of the open-sea waves woke us up.

Finally, we have arrived at Calauit! I have heard of this island since my childhood. We hastily embarked on our safari tour aboard a caged truck with Rolly as our Caluit guide.

The truck we rode around the island.

The first animals we saw were the Calamian deers, where over a thousand of them were scattered around the island. Also found bonding with the deer was the “tagak”, or the white egret, usually found on top of water buffalos. We also saw a “bayawak”, or monitor lizard, roaming around.

Zebras roam freely in the Savannah.

Then the truck brought us to a wide opening, or the savannah, where the zebras were roaming freely. We saw a single giraffe. Rolly said that earlier that day, there were several other animals at the opening but as the day became warmer, they fled to the mountains to cool off. We excitedly fed Max, the giraffe.

We fed the giraffe in the island.

It’s wonderful to be in the savannah and seeing the animals enjoying the open space all to themselves, except for a few visitors.

The animals in the island were free roaming, except for a few that were caged, especially the sick ones, or those that need to be constantly taken cared of. Along with these caged animals was the python, which I believe should stay there where it belongs and not in the open where it can harm other animals or visitors.

The deers were so many scattered around the Savannah.

There were no lions in Calauit because of its predatory instincts that may be dangerous to other animal species. No elephants were also in sight because, according to Rolly, they feed on the same food as the giraffe.

We also saw porcupines, a bearcat which was sleeping on a tree branch, turtles, and other chicken species. We also visited a swampy area where the crocodile was residing.

It was good to see most of them enjoying their freedom in this island in Palawan.  I hope that more animals will be able to live their lives in their natural habitat. We have to learn how to co-exist with them and care for them.

One thought on “First-time in Calauit Island”

← First-time in Coron ← Highlight of 2009: My first-time travels