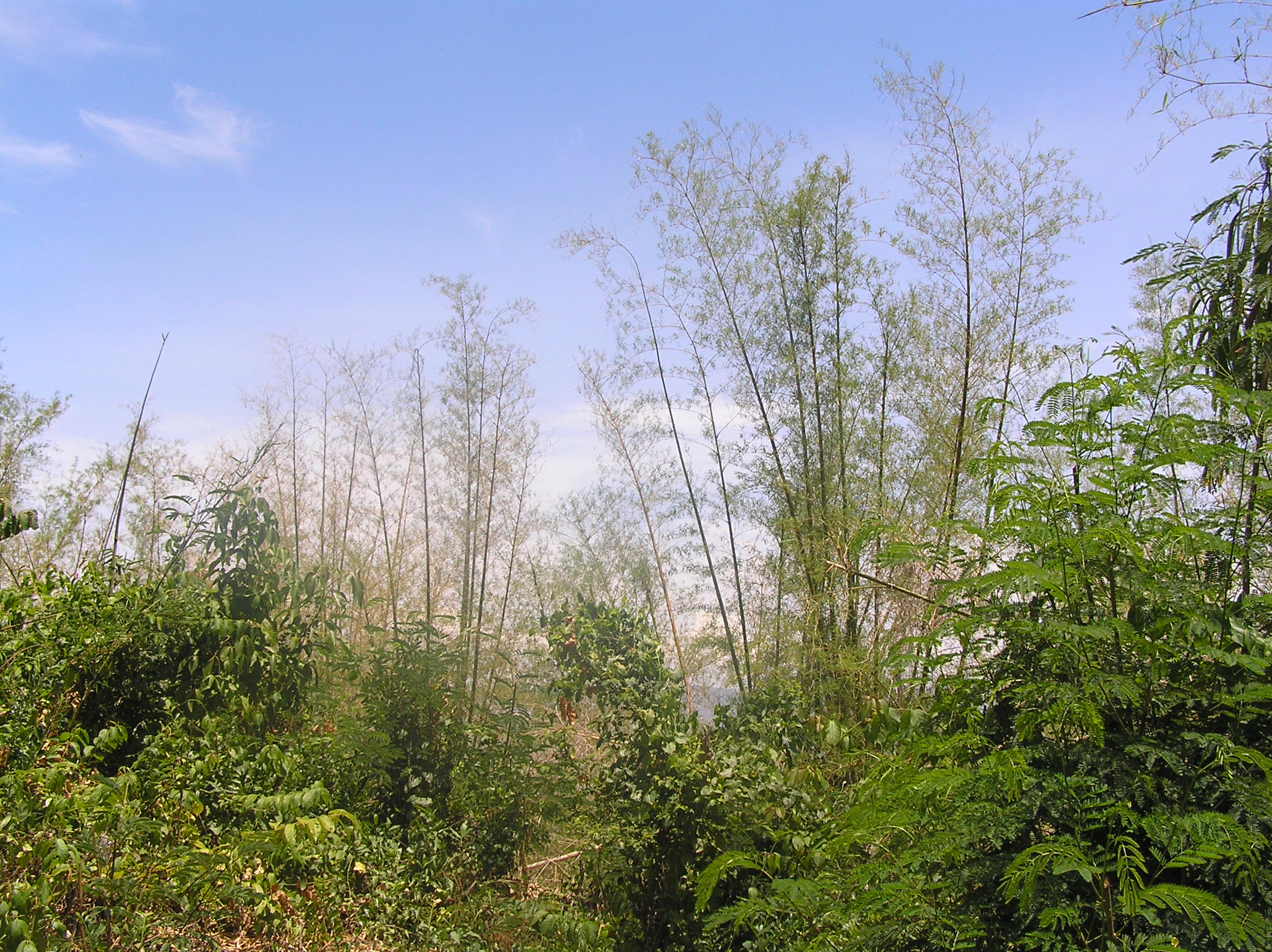 Jala-jala is the local’s term for paradise and for those living in the province of Rizal in the Philippines, they regard Jala-Jala as the paradise tucked away in their province.

Our office organized a volunteer activity that would take us to this little paradise. We had to meet up early morning last Saturday to embark on a three-hour trip to the other side of Laguna Lake, or more known as Laguna de Bay. We had to pass several cities in the National Capital Region, including the famous Antipolo City of Rizal, mountains and zigzag roads, and had to ask several times to ask for directions.

A small pond at the property.

The driveway at the entrance of the property.

Later on, the edge of Laguna Lake was visible. Rice paddies, cows grazing, rice grains scattered on the road being dried under the sun, fire trees in full bloom by the side of the highway, and farm signages became common sights as we traveled the length of the Manila East Road.

After awhile silence descended after the chatter as we dozed off to sleep. We never expected our destination to be that far. Finally, we passed by a power plant and a few minutes after we arrived at the MFI Farm Business Institute. Move over Farmville because we would be doing some actual farming. This was part of our volunteer work for our partner foundation that runs the farm.

Volunteers troop to the volunteer site.

As I got out of the vehicle, the view of the serene lake and Talim island caught my attention. I somehow understood why they call this place paradise. But I had to save taking pictures for later as our host had to brief us on what we needed to do at the farm. But before our orientation, they prepared for us some sweet delicacies they made and a local tea made from lemon grass and pandan leaves.

The sun was up while we traversed the bamboo area.

Then work came in. We were divided into groups. Some were assigned to prepare the vermi bed, wherein they handled worms, while others were asked to clear some areas for a nursery. Our group was tasked to widen the small trail that leads to the coffee plantation on the top of the hill. The trail was filled with bamboo trees and we had to make sure the pathway would be safe for farmers to trudge day and night.

The view of Laguna de Bay and Talim Island from our clearing area.

We did our tasks for more than an hour. Whenever I felt tired, I would just look out to the lake to draw out inspiration and energy.

After our volunteer work, we were treated to a delectable lunch of fried rolls and grilled chicken. And as a bonus, the farm offered their produce for us to purchase at very low prices. Each one of us bought kilos of mangoes and eggplant.

Carabaos graze the grassland and cool off in Laguna de Bay. The mountainous part is Talim Island, located within the lake.

Before we headed home, we went towards the lake to take photos. We saw carabaos enjoying a cool dip at the lake’s edge. It was a tiring adventure and it was for a good cause. We got to exercise our muscles and brought home fresh fruit and vegetable products, our souvenir from our short-lived trip to Rizal’s paradise.

4 thoughts on “First-time in Jala-Jala, Rizal”