First-time in Kochi: My Intro To India 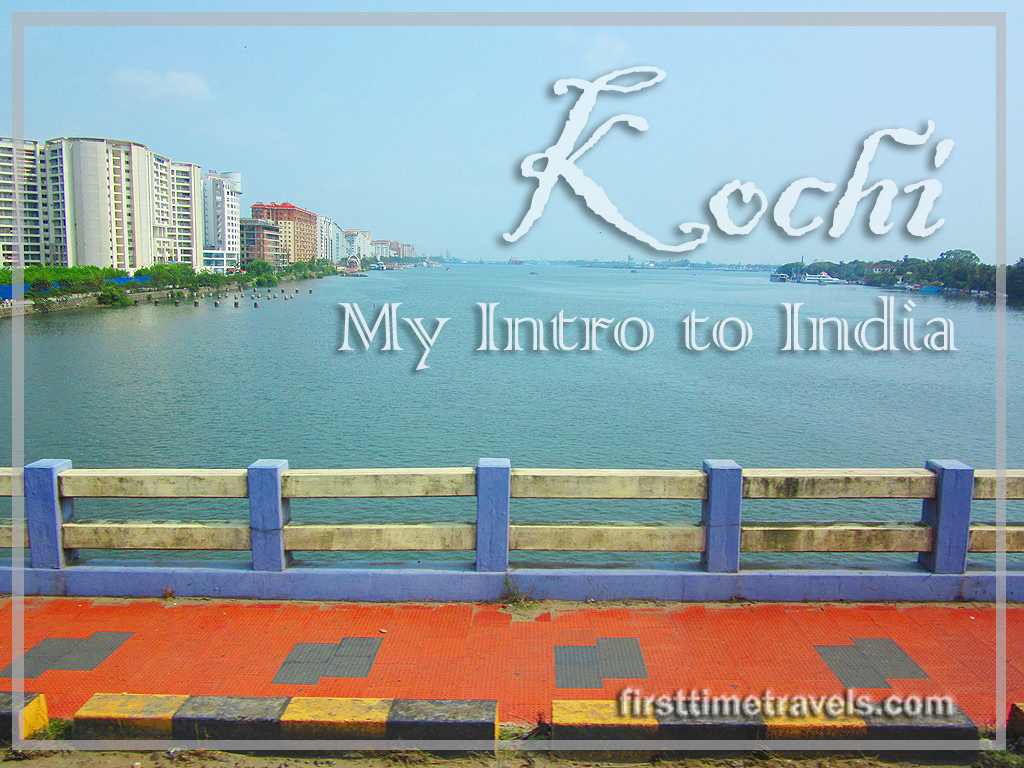 Kochi, the city where I spent my first few days during the Kerala Blog Express Season 4, was my initiation to India. The movies that were set in this country and the stories I have heard of this place somehow provided me with a picture of what was to come, something that would overwhelm my sensation.


However, learning from my past travels, I made every ounce of effort to throw the usual expectations out the window and tried to see India with fresh eyes. And so there I was, caught by surprise every step of the way.

Kochi played a pivotal role in introducing me to the beauty of the Indian state of Kerala; only that it was just a chunk on the surface because more breathtaking faces of the country were revealed as we delved deeper into the region. First, let us get to know more about Kochi or Cochin, as it is sometimes called (you will find some signage using either names interchangeably), where our Kerala Blog Express adventure began.

Kochi is a bustling city in the state of Kerala in India.

What to see in Kochi? Here are some places where you can start.

It was a few hours before midnight when we touched down at the Cochin International Airport, which connects Kochi with other cities in India, as well as to other countries like Malaysia, Singapore and more destinations. It is the gateway to Kochi and dubbed as the first fully solar-powered airport in the world, something that Kerala is proud of and one that is worth emulating.

I applied for an e-visa, which I was able to obtain within 24 hours after I lodged my application online. I went through immigration at the airport for my biometrics, and it was done so quickly.

Outside the airport, we were greeted with flowers and a warm welcome from the crew. But it was not just the hospitality that was warm. The temperature and the humidity were also quite high, despite the fact that I came from a tropical country where the sun shines all year round (except during monsoon and typhoons.) On the other hand, it was somehow comforting, knowing it won’t be a big adjustment from where I came from.

Cochin International Airport is fully powered by solar energy, the first in the world.

One of the main destinations in Kochi is the Fort Kochi, which bespeaks of a rich history, as seen in the remnants of the Portuguese, Dutch and British influences found in the architecture of buildings within its vicinity. Kochi was once ruled by the Maharaja. As a significant spice trade center, it was attractive to foreign fleets.

There is so much to see around Fort Kochi, which is accessible through the Ernakulam Railway  Station. You can tour Fort Kochi either on foot or by taking an auto rickshaw.

There are many shops, sights and heritage structures in Fort Kochi.

Aspinwall House, the heritage structure built by English businessman John H. Aspinwall in 1867 in Fort Kochi, was the primary location of the Kochi-Muziris Biennale 2016, along with other venues. It is an international exhibition featuring contemporary art, utilizing the old factory buildings and wharfs and converting them into an art haven. The third edition of this exhibit ran from 12 December 2016 until 29 March 2017. We were fortunate to visit and experience the art installations at the Kochi-Muziris Biennale 2016.

Aspinwall is the main venue for the Kochi-Muziris Biennale 2016.

Enter the pyramid and walk through the labyrinth of darkness.

The “Sea of Pain” by Raul Zarita is one of the attractions at the Kochi-Muziris Biennale 2016.

The other side of Aspinwall facing the water.

Within a few distance from the Vasco Da Gama Square and the Nehru Park for Children are rows of Chinese fishing nets. In fact, these are common sights around Kerala, and they have become postcard figures of the state. They are called such because it was believed to be brought to Kerala by Chinese explorer Zheng He.

Though they are lovely to look at, operating them is such a feat, requiring about five men to lift the net from the sea. Unlike the usual fishing practice in the Philippines where boats go to the deep, these Chinese fishing nets are fixed structures that are installed along the banks or in the middle of a body of water where there is not much tide.

Chinese fishing nets are commons sights in Kochi and throughout Kerala.

Kathakali, a unique performance using facial expressions, gestures, dance, songs, and elaborate make-up, is one of the cultural heritage in Kerala. The performance is usually taken from the Mahabharata and Ramayana stories. It was in Greenix Village in Fort Kochi where we had the luxury to enjoy Kathakali up close.  Other performances that we witnessed there were the Mohiniattam (dance of an enchantress) and Kalaripayattu (traditional martial arts).

Watching the Kathakali performance is enthralling.

I really needed to take a photo with these awesome Kathakali actors.

The St. Francis Church bears great significance to the history of Kochi. Built in 1503 in Fort Kochi, this is considered as the oldest European church throughout India. But more than that, it bore the remains of Portuguese explorer Vasco da Gama for 14 years before it was transferred to Lisbon, Portugal. I have read and heard a lot about de Gama in my history classes since grade school as he was also part of our Philippine history. One thing that caught my attention inside the church was a long cloth hanging from the ceiling, which served as a fan during the era when electricity was still not used.

St. Francis Church is an important landmark in Kochi.

Just near Fort Kochi is Mattancherry, where important structures could be found. One of these is the Mattancherry Palace or the Dutch Palace, which features intricate mural paintings of Ramayana and other mythological stories. Here’s a bit of a trivia though. The palace was built by the Portuguese and were only renovated by the Dutch. It was a gift to the monarchs of Kochi, who used the palace for their royal gatherings and celebrations.

The rear part of the two-story Dutch Palace.

Mattancherry is filled with shops and art installations, like this one during the 2nd edition of the Kochi-Muziris Biennale.

The Paradesi Synagogue is an active Jewish synagogue and the oldest one in the Commonwealth, given that it has been around since 1568. Though there are plenty of visitors who enter the synagogue during visiting time, its membership is decreasing and getting 10 men for its ceremonies is already a challenge. The synagogue is small, yet spacious. It is located near the Mattancherry Palace, since the land where the synagogue is built was provided by the Maharaja to the Jewish community.

A crowd gathers outside the synagogue as they wait for their turn to enter. Photography is not allowed inside.

You will pass through various shops from the Dutch palace on the way to the Paradesi Synagogue.

A store’s window shows the Star of David. This area is part of the Jewish Community in Mattancherry.

All in all, Kochi is an interesting place to explore. Apart from its heritage sites, it is also a bustling modern city. A metro rapid transit system is in the works and is about to open soon. There are also shopping malls and five-star hotels found around the city. Kochi has given me an interesting view of India. True enough, it has overwhelmed every bit of my sensation…in a very good way. But this was just the beginning, and there are still many veils to unravel before I get a clearer picture of why Kerala is called Gods’ Own Country. Just stay with me in this journey and keep reading my other Kerala posts.

This article is part of the over-arching post First-time in Kerala: God’s Own Country where you will find the other blog posts related to this trip. Get updates on the Kerala Blog Express at the http://keralablogexpress.com/ and check #keralablogexpress #tripofalifetime and #liveinspired in social media channels like Facebook, Twitter and Instagram.

3 thoughts on “First-time in Kochi: My Intro To India”

← A Joy To Fly With SilkAir ← Alappuzha: A Night In A Houseboat