First-time in Kerala: God’s Own Country 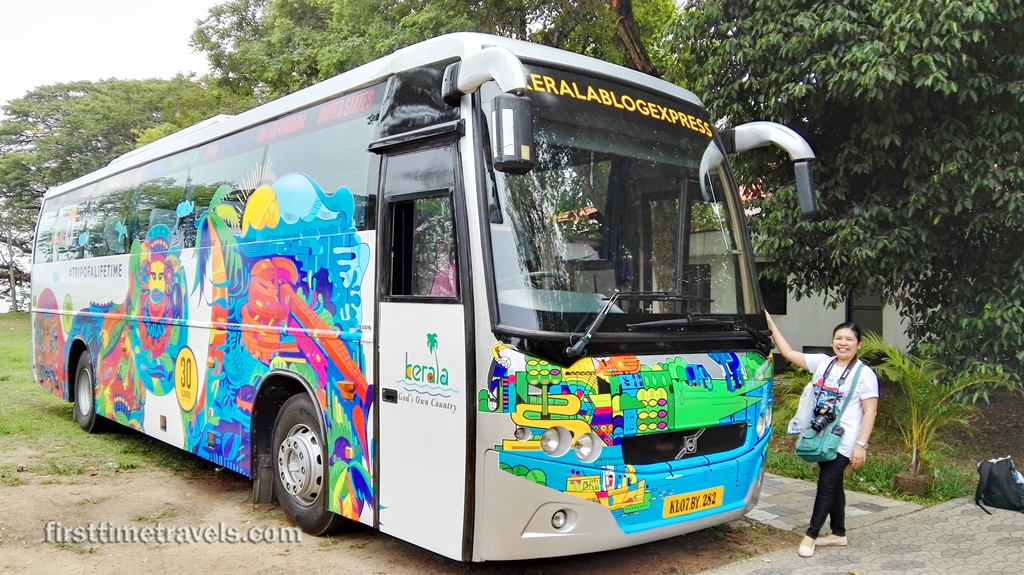 Kerala Blog Express Season 4, The Trip of A Lifetime, Kicks Off

The past weeks, I was mostly on the road, riding a colorful bus that was shared with 28 other bloggers from across the globe, along with the organizers and crew behind this trip. This is the 4th season of Kerala Blog Express. After two failed attempts, I have finally made it to this adventure. I applied the previous seasons but never poured the same effort as I did this time. What motivated me to take this more seriously are the many great stories from fellow Negros blogger, Jojo Vito, who made it to last year’s season.

Kerala, literally means the land of coconuts, is located in the southwestern part of India. The beautiful backwaters, where water from lakes, rivers and canals merge into one wonderful paradise, and its breathtaking mountain views, tea plantations, rich cuisine, cultural performances and spectacular sights make Kerala as one of the most sought after destination in India. I can even spell out K-E-R-A-L-A through the vibrant scenes I’ve seen during the entire journey.

K – Kathakali and the cultural performances

R – Rich cuisine with its wide array of spices

A – Amazing people…they always smile and wave back at you!

Kathakali is a Keralan cultural performance that tells a story through facial expression and gestures.

Still, there are many others who need to find their way to Kerala. Through the Kerala Blog Express seasons, more and more people now have Kerala under their radar. I feel so blessed that I am chosen as one of the 30 bloggers who get to experience and see God’s Own Country through my own eyes.

How it is called such has always been a mystery. There is a legend surrounding this Kerala tagline as “God’s Own Country”. With the abundance of its natural resources, it is believed that one of the Hindu gods threw an axe to the sea and the land that was formed out of it is Kerala.

For this year, the cast of this new season of Kerala Blog Express traversed the whole state from north to south to see the richness Kerala has. My adventure started on 19 March 2017 wherein I had to leave home at 3:00 in the morning to catch a flight to Cebu City where I would board my SilkAir flight to Singapore. Then, for 15 days, we went around the various attractions, stayed in many hotels and experienced the joys of this beautiful Indian state.

This trip has many firsts for me – my first in India, my first in Kerala, my first staying in a houseboat, and so much more. And though this is not my first fam trip with bloggers and media, this is definitely the first where I spent the longest time traveling with such a large group.

Kochi Marriott Hotel surprised me with this sweet treat. They’re all edible, by the way.

There’s more to share about this trip and a lot to write about. The whole contingent itself deserves a separate post. For now, allow me to share snapshots of this trip to provide you with a preview of what else to read in my blog about Kerala.

When you go to the highlands, views of tea plantations will greet you.

The breathtaking landscape below from the Phantom Mountain in Munnar.

This is one of the art installation at the Kochi-Muziris Biennale in Fort Kochi.

The Periyar Wildlife Sanctuary appeared mysterious when we arrived there on a misty morning.

Birds, squirrels and other animals can be seen even in the cities within Kerala.

This sadhya feast is a must try in Kerala.

Kerala is known for its breathtaking backwaters. You can stay for a night or more inside a houseboat.

Kerala is rich in spices of various colors, flavors, shapes, scents and sensations.

Located along the coast of India, Kerala also has plenty of beaches.

Train your camera anywhere and you will find postcard-perfect views like this one.

Zipline or go bamboo rafting in the upland portion of Wayanad.

My whole #KeralaBlogExpress Season 4 adventure, which was also part of our Kerala itinerary, includes: