Kozhikode: Fun under the Sun 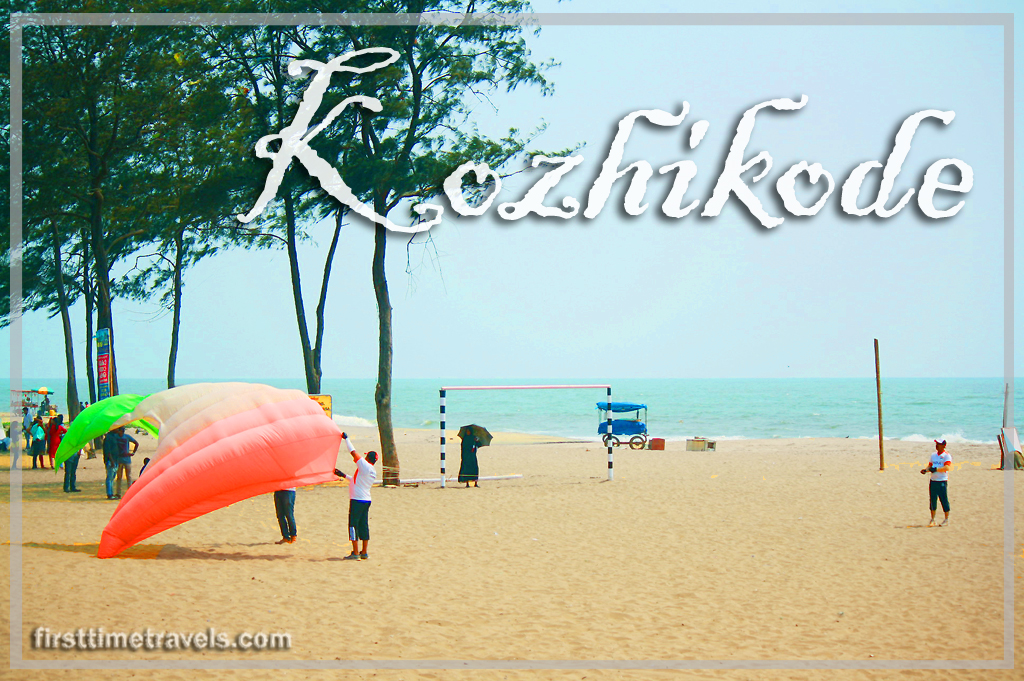 After experiencing the cultural heritage of Kerala, India in Thrissur (READ Thrissur: Art, Culture and Heritage) through the responsible tourism activities prepared by The Blue Yonder, we proceeded to the district of Kozhikode. History shows that the Portuguese explorer, Vasco de Gama, landed on this part of India’s Malabar Coast.


The town proper of Kozhikode is a busy area with various malls, offices, buildings, and commercial establishments. We only stayed for a day and a night in Kozhikode, which went by too fast as we did many activities in this 7th stop of our Kerala Blog Express Season 4.

The busy area of Kozhikode.

The bus station in Kozhikode.

An offshoot of our responsible tourism activities days prior, our brief volunteer work with Compassionate Kozhikode was an exciting project we did for the trip. It reminded me of my days when I worked full-time for non-profit organizations, such as Hands On Manila Foundation and Habitat for Humanity Philippines, wherein we brought together communities and volunteers to create a positive change in the societies we serve.

It was a warm Wednesday morning when we painted one of the walls of The Government Model Higher Secondary School, Mananchira in Kozhikode, along with other local volunteers. They called it as the Manichithrathoonu project. How I wanted to spend more time doing this but we had to go to our next stop. At that time, I wasn’t sure if we made a difference with the few minutes we did painting. But I want to believe we made an impact with the awareness we raised through mainstream and social media.

School boys watching us while we were painting posed with me after our activity.

My hands after our volunteer activity with Compassionate Kozhikode.

The wall we painted on that was finished by the local volunteers. Photo courtesy of Compassionate Kozhikode.

In their quest to promote Kozhikode Beach as a probable venue for an international kite festival, the One India Kite Team invited our group for a short kite-flying activity that gained some media attention. While we were under the scorching heat of the sun, my fellow bloggers and the One India Kite Team held on to the ropes as we raised the gigantic “Kathakali” and “Circle with Spikes” kites.

We did have fun flying those huge kites but I also looked around and found that Kozhikode Beach is a great place to hang around while in a busy city. The waves were quite huge, according to my standards, and it may not be a place where I would be able to swim, but see the venue as a perfect location where I can have fun with friends while enjoying the breeze from the Arabian Sea.

Kozhikode Beach is very accessible as it is just along the highway.

Bloggers with the One India Kite Team raise the huge Circle kite.

The kite was finally flown on air.

Kozhikode Beach is a good place to fly kites.

Nested in Iringal in Kozhikode is a crafts village filled with artisans that feature locally-made products and handicrafts. I went from one stall to another, but with 60 of them in total, I skipped some shops. I was on the lookout for souvenirs I can take back home, which is an innate culture among Filipinos. I saw a lot of accessories, bags, home decors, furniture, key chains, and types of clothing.

But it wasn’t just the articles on display that got my attention. It was also the artisans themselves, who were doing their crafts within the compound. One was weaving threads into textile while another was chiseling a piece of wood.

I definitely shopped a lot in this place, including a saree, because: for one, I liked the products sold here; two, they are affordable and value for money; and lastly and most importantly, it is a good way of supporting the local craftsmen and their industry.

The admin building of the Sargaalaya Arts and Crafts Village.

The hallway of the Sargaalaya Arts and Crafts Village.

The man-made lake at the Sargaalaya Arts and Crafts Village.

Elephants adorn the grounds of the Sargaalaya Arts and Crafts Village.

Some of the products:

The sun was about to set as we finished with our Kozhikode trip. The day went by too fast. We headed to our hotel at The Raviz with the sky already dark. Another day and another destination has passed and we were ready for our ongoing journey.

This article is part of the over-arching post First-time in Kerala: God’s Own Country where you will find the list of my blog posts related to this trip. Get updates on the Kerala Blog Express at the http://keralablogexpress.com/ and check #keralablogexpress #tripofalifetime and #liveinspired in social media channels like Facebook, Twitter and Instagram.