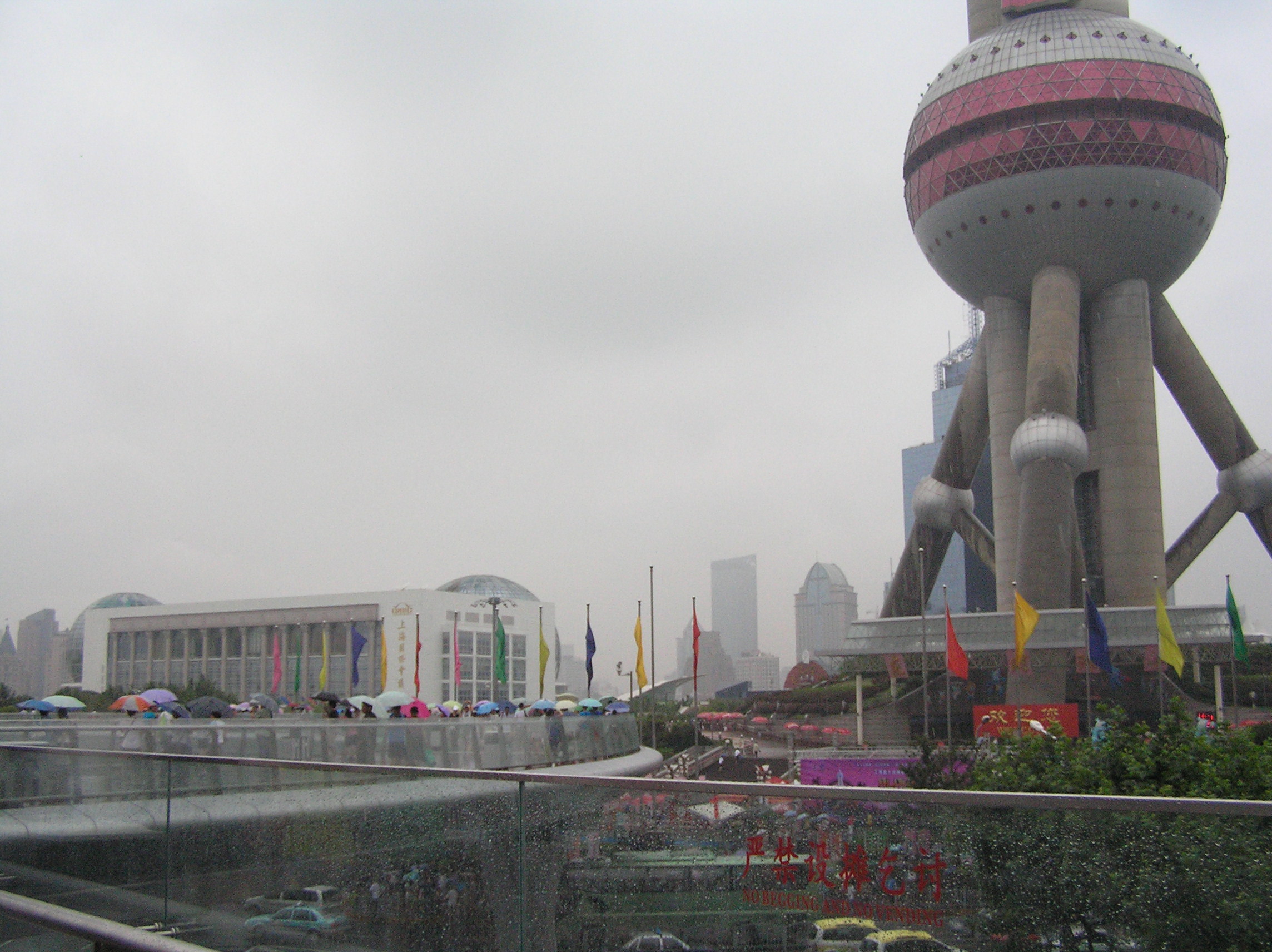 If you want to see the more modern face of China, Shanghai is the place to be. Everything seems to be on a rush in this metropolis. So, all we did was go with the flow of human traffic until our feet led us to the many highlights of Shanghai.

Despite its modern structures, it’s still a favorable activity to walk the cobble-stone alleys of the French Concession. In this area, we found several restaurants and shops. The Shikumen Open House was an interesting visit as we were brought to how life was lived in Shanghai during the olden days. The house was set up with antique paraphernalia. One room we visited indicated that it was used to be rented out to boarders.

We were there in the height of the FIFA World Cup final game between Spain and the Netherlands. Bars were already showing the early games while notices were posted of the big match set at 2:30am, China time.

This was also the site of the first national congress of the Communist Party of China. We walked around the square which used to be a village of those who were a bit well off in Shanghai.

It was fun crossing from one side of Huangpu River to the other with Shanghai’s modern bridges that could match other world renowned bridge structures.

One of Shanghai’s modern bridges.

Not to be missed in this metropolis is the Bund which gave us a great view of Shanghai’s skyline, including the Oriental Pearl Tower and its tallest building, the 101-storey Shanghai World Financial Center. We were able to view these buildings up close from its thoroughfares and also saw it from afar across the Huangpu River when its neon lights slowly lit up.

We took the sightseeing tunnel filled with high expectations. Sadly, there was not much to be seen there except neon lights supported by a monotonous one-liner voice over. Our only consolation was that it took us to the other side of the river in less time.

While the Bund was crowded with people posing with the modern skyscrapers at the background, the other side at Pudong was less populated. In fact, I found the glowing lights of the old buildings at the Bund more picturesque than the towering buildings that people take snapshots of.

The night view of the Bund.

And if it’s neon lights you’re after, Nanjing Road glows with life at night. For me, it was reminiscent of Hong Kong’s streets in Kowloon.

It was a rainy night at Nanjing Road.

We missed the temples in Shanghai as we were overwhelmed with the modern landmarks. But we didn’t miss the St. Peter’s Church in Luwan and it was new to us to find a mass held on the third floor of the church building.

Our first stop when we toured around Shanghai was the Yu Yuan Garden. There was a bridge zigzagging through a pond. There were many shops and the whole compound was filled with people. But our main purpose for going there was to try the xiaolongbao, or soup dumplings, at the Nanxiang Mantou Dian. There was a long line downstairs for take-out orders. When we got to the second floor, every table was filled and there were already people standing near each table, ready to take it as soon as the present occupants were done.

We waited for about an hour, ready to wrestle for a seat. And when we were finally seated, we still had to wait for 40 minutes until our order was served. That’s not to mention that the only available xiaolongbao was the crab (no more pork or beef).

The same experience could almost be said at Yang’s Fried-Dumplings. The store was located in a mall. We tried to order for take-out but we couldn’t find a place to eat so we decided to eat it in its tiny stall that consisted only of about eight to ten tables.

But we most enjoyed a meal at the QZ Hong Kong-Macau Restaurant in Maxi-Mall just beside our hotel. For ¥22-27 a meal, there was already rice, two viands, tea, vegetable, and soup.

We were fortunate to have a Nike factory outlet just across our hotel where we were able to buy quality products at great prices. We also spent an afternoon at the Ikea store where I availed of the Ikea Family card for future shopping.

When we couldn’t get into the Oriental Pearl Tower because of zero visibility, we hung out at the Super Brand Mall which was accessible by the circular walkway.

Known as the “Fake Market”, the Xiangyang Market was very accessible because it’s located at a subway station. But after we experienced the Silk Street mall in Beijing, the fake market failed in comparison in terms of bargaining.

The rush hour in the subway was like blood rushing through the various veins of the city. Imagine this, Shanghai has 11 lines in its metro railway, including the maglev. It was crazy but the metro was well-organized that you’d find getting from one point of the city to another very convenient.

Life in Shanghai seems to be in the fast line. In fact, our four days there went by in a zap. We could have taken the river cruise or visited nearby Suzhou and Hangzhou. But time has gone by and before we knew it, we were bound back to Manila.

One thought on “First-time in Shanghai”