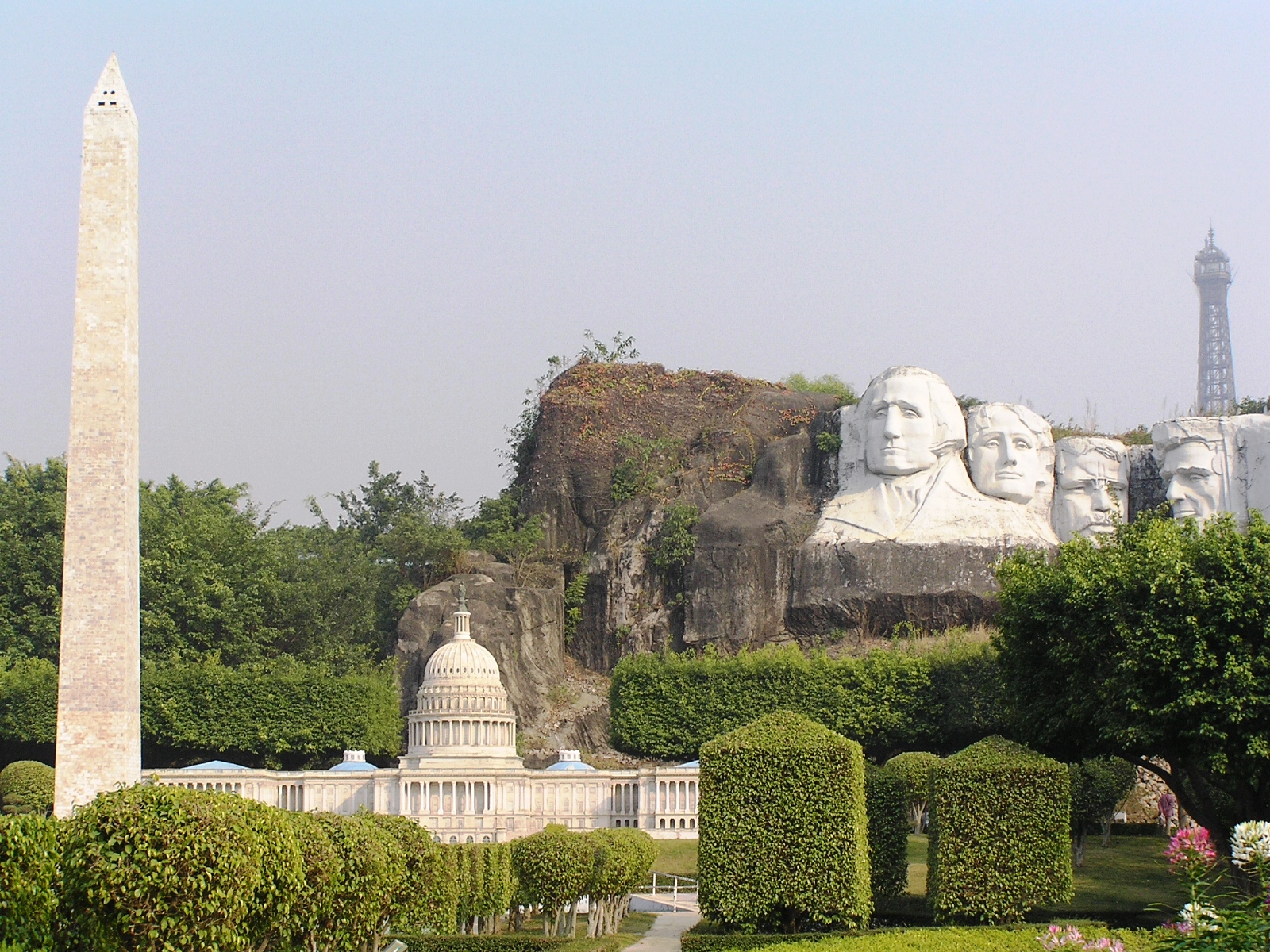 Just like my Chiang Mai trip, I also spent less than eight hours in Shenzhen, China. If you ask what can be found in this southern Chinese city, well, let me throw back a question: have you been around the world in 80 days? How about in a day? Sounds impossible? Well, I did, only that I toured the miniature landmarks. With only an hour’s train ride from Guangzhou, a day in Shenzhen is possible to visit the Windows of the World.

From the train station, it’s only one floor down to the metro station. It was convenient because the it’s a travel from end to end of the metro subway to get to the theme park. From the metro station, the exit to Windows of the World brought me to the Louvre Museum of France. Imagine my surprise emerging from the glass pyramid that also doubles as a metro entrance/exit.

The exit from the subway to the entrance of the theme park.

The next picture I saw just took my breathe away. Cascading waters, a fountain, flowers, and giant world-renowned statues greeted me. The tip of the Eiffel Tower at the backdrop gave a glimpse of what there is to come. For an entrance of ¥120 (about US$17.15), it was a bit pricey but it was worth every yuan.

One has to climb the entrance of the Windows of the World to see what the theme park can offer. Reaching the top of the stairs, the coliseum of the World Square with the giant globe, columns of different famous structures and a relief wall of famous landmarks came to view.

I loved the sculpture park where statues from various continents were displayed in a garden. Of course, I didn’t miss downtown Manhattan that still has the twin towers, along with the Statue of Liberty, the Washington DC and the Grand Canyon. I would have wanted to climb the statue of the risen Christ resembling the one in Rio de Janeiro, Brazil. There’s also the statues of Easter Island in Chile and the pyramid in Mexico.

My favorite area was the tourist sights of Europe. Vatican City was there, one of the places I plan to visit in my lifetime. Of course, there are the famous churches all over Europe, the colorful St. Basil’s Cathedral in Russia, Acropolis, the Colosseum, and Stonehenge, to name a few.

The pyramids of Egypt have a camel where tourists can ride and have their picture taken. Others can ride in the rapids at Grand Canyon, get wet at the Niagara Falls and take the elevator to the top of Eiffel Tower.

Of the international landmarks, Asia couldn’t be left behind. Angkor Wat stands grand beside Indonesia’s Borobodur, one of the places that I have been to. I’ve also visited Bangkok’s Temple of the Emerald Buddha and the Singapore’s Merlion. I think those were the only three places featured in the theme park that I have actually visited.

The Great Pyramid of Giza.

The globe, which opens up to a stage.

4 thoughts on “First-time in Shenzhen, China”