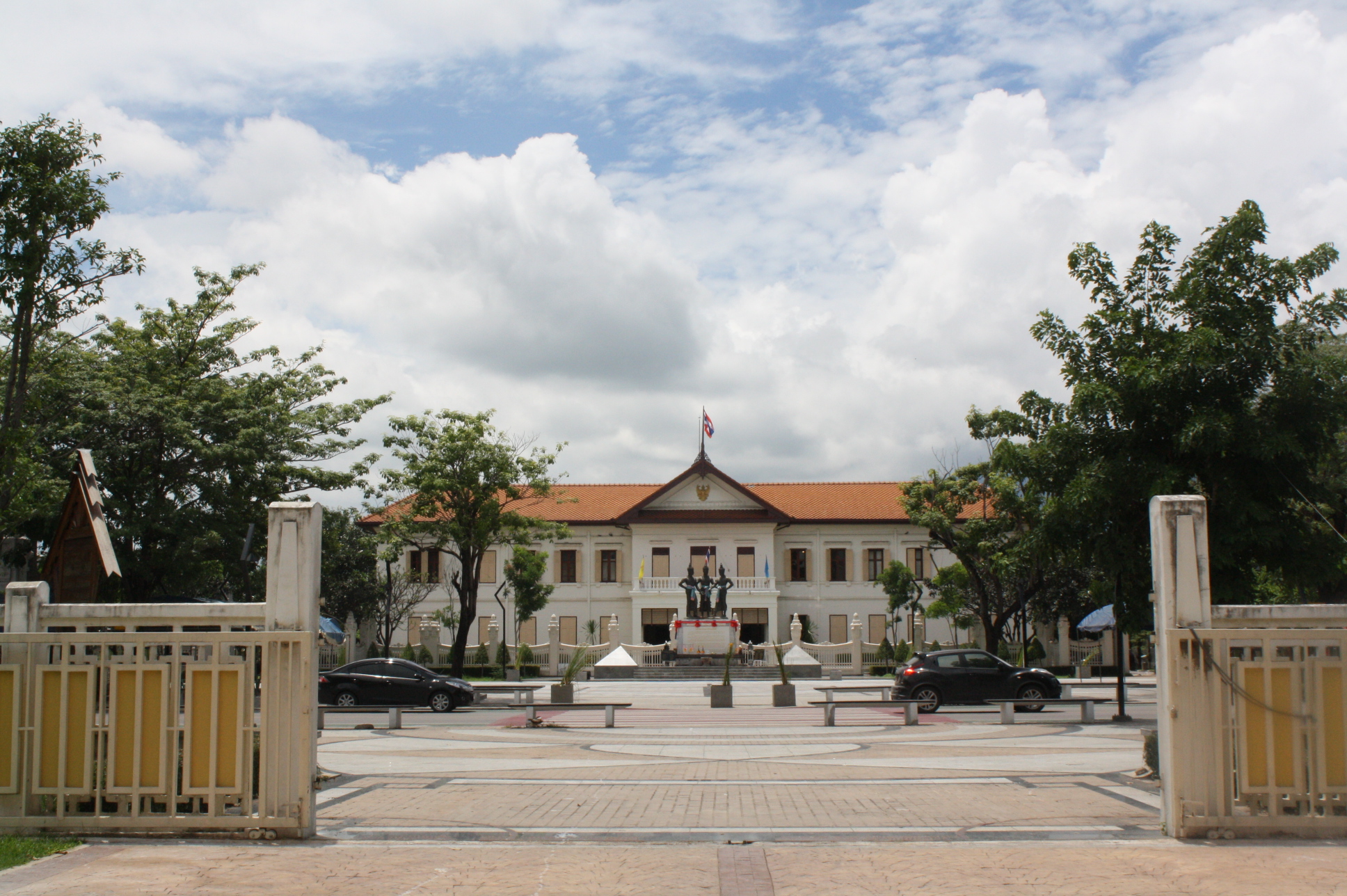 We couldn’t have been any wetter! It was the Songkran Festival and everyone was just throwing water on anybody. From Vientiane, Laos to Chiang Mai, Thailand, water sprinkled and splashed everywhere. Kids, friends, families –people from various ages went around town on pick-ups with barrels of water and water guns at hand. It was a sight to marvel!

I remembered the first time I went to Chiang Mai. That was eight years ago, I think. Though my friends and I were there only for the day, it was one of the most memorable travel experiences I’ve had.


Without any concrete plans, we entered a Thai travel agency and bought train tickets from Bangkok to Nong Khai and from Chiang Mai to Bangkok.  How to get from Nong Khai to Chiang Mai was something we had to pray for a miracle.

With our back packs on tow, we headed for Nong Khai to cross the border to Laos, where we stayed for three days.  On the day we were set to leave Vientiane, a Thai friend arrived informing us that rides going to the northern part of Thailand were full.  There we were with heads bowed down contemplating how we could cross the border back to Thailand and proceed to Chiang Mai.  Worse, we had to try other routes going there.  But if worse came to worst, we decided to go back to Bangkok even if we already had train tickets for our Chiang Mai-Bangkok route.

Keeping our fingers crossed we returned to Nong Khai.  There were no seats available in the train to Chiang Mai.  If we had to take the bus, we needed to go to Udon Thani where most of the bus terminals are found.  Good thing we were able to catch the bus leaving for Udon Thani at a nick of time.  When we got there, we had to transfer terminal where the buses bound to Chiang Mai are found.

As we got to the terminal, there were people waiting outside trying to get bus tickets.  There was only a single bus in sight, “So, how could all these people be accommodated?” we asked ourselves.  While still catching our breath and with our hearts beating furiously, we went directly to the ticket booth to see if we could ride the bus.  Good enough there were four seats more for the three of us.  Seated at the far end of the bus we couldn’t thank how fortunate we were to be able to make it to Chiang Mai.

The one thing I remember from my first visit to Chiang Mai were the old walls of the square.

We slept in the bus and when the sun slowly rose, Chiang Mai was already a short distance away.  Lady Luck must be smiling down at us for allowing us to celebrate Songkran in the second largest city of Thailand.  Anyway, whoever may have caused this beautiful thing, we were grateful.  Braving all the water-throwing, we walked around Chiang Mai all wet and grinning for that day, we were truly blessed.

The ruins of the old wall.

We spent the day in Chiang Mai joining the fun at the city’s square. With just less than 24 hours, we never got to explore it so much but we were content with the experience we had. It wasn’t that easy to get there but we found a way to join the exodus to this wonderful Thai city in the north.

People were on both sides during Songkran.

As a postscript, here are some information that you might find useful.

To get to Chiang Mai, there are buses or train scheduled from Bangkok to Chiang Mai. Even during this peak season, we were fortunate to get seats in the train as well as purchase bus tickets during the day of the trip itself. But to be a lot safer, book ahead of time.

Monks walking the streets were also seen during Songkran.

Buses and trains are available from Bangkok, Nong Khai, or nearby Luang Prabang, Laos, to get to Chiang Mai. You should book your trip way ahead of time to prevent competing with others who also plan to spend Songkran in Chiang Mai.

Would you believe that during this celebration, while Bangkok’s streets are deserted but up north, every nook and cranny of Chiang Mai is jam-packed?  Armed with various paraphernalia, people are ready to douse you with water.

During Songkran, traffic is bad in Chiang Mai. Have a water gun at hand to splash on other people as well. Remember, though, not to take offense when people throw water at you. It is some act of blessing and a religious ritual. Just be careful not to overdo it when you are the one doing the dousing. The town square is the best place to be and where most people gather during the day, especially during high noon, when the sun is in its hottest.

Aside from the revelry brought about by the occasion, Chiang Mai is popular to have the best night market in Thailand.  Colorful umbrellas are the main sight that graces the markets and the streets.  There are also temples in Chiang Mai that you can visit.

Lastly, take a few days in Chiang Mai. A day full in this city will only make you crave for a comeback. I’m still nursing that craving to this day.

I have returned to Chiang Mai twice after this first trip. One in 2010 and another in 2014. The trips were sponsored by the Tourism Authority of Thailand (TAT) and the Thailand Convention and Exhibition Bureau (TCEB), respectively. In both trips, I stayed in some of the posh hotels and resorts in Chiang Mai and visited the various temples. I also toured nearby attractions.

Photos here were taken during the recent trips as I never got to take a lot of photos during my first visit. Still, that first one was the most memorable trip to Chiang Mai I ever had.