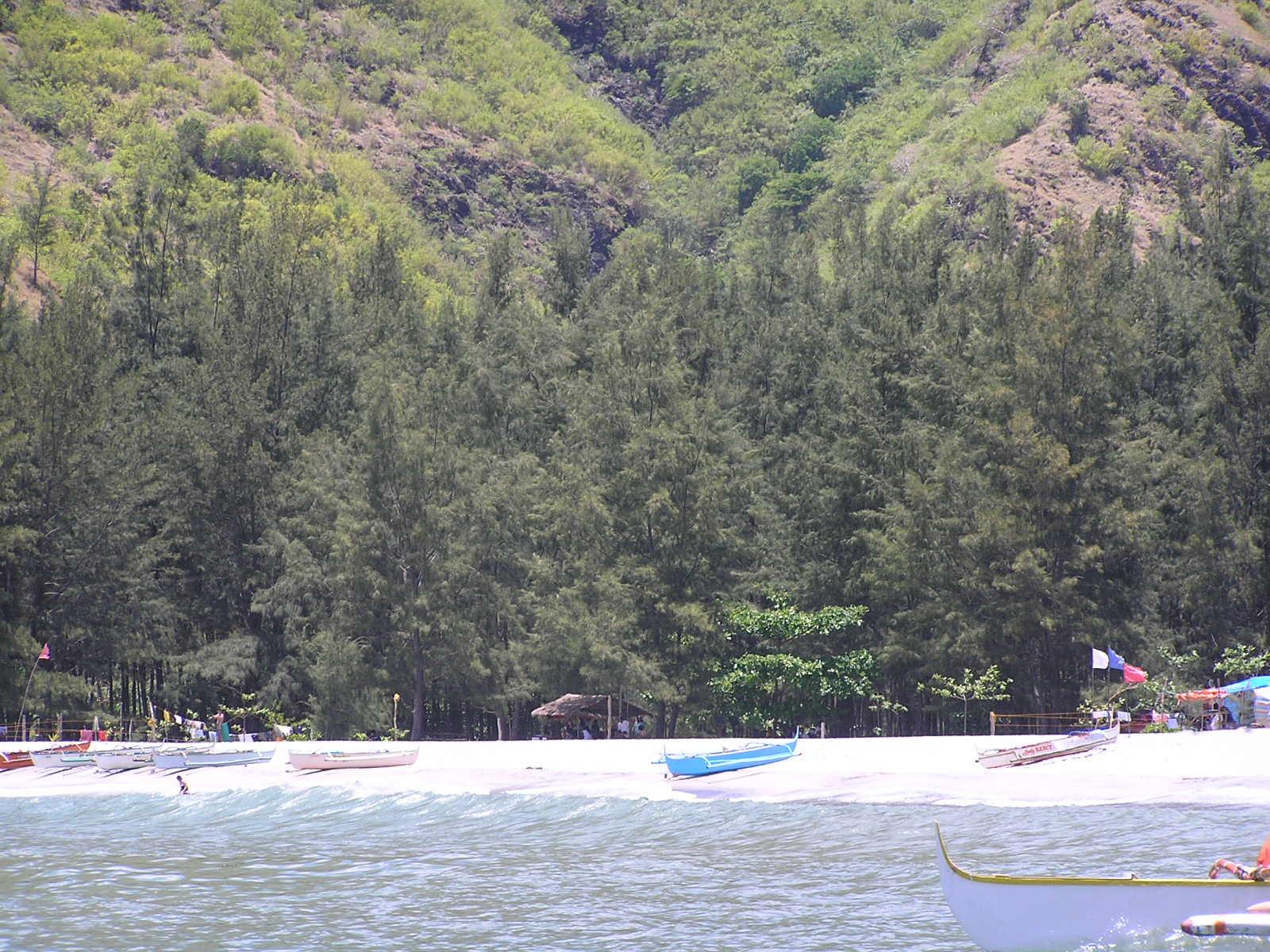 More and more Filipino and foreign tourists are finding themselves on the road towards the exquisite beach called Anawangin. It is in the province of Zambales, about three to four hours from Manila, the capital of the Philippines.

Those who want to venture to Anawangin have to prepare themselves for a rugged trip. But before I jump the gun, let me begin with how my first-time travel to this sought-after beach came about.

The cove and the beach.

It was another busy Saturday, and mostly everyone was out for work. I, myself, came from a volunteer event that morning. I was the last to jump a party of traveler-friends gearing for a weekend beach adventure. I was told we were going to Subic, where many beaches are found, only to find out that there was a change of plans as we were heading instead to another part of the province of Zambales. There were 14 of us in a single van. With so many stopovers and meeting places, we left Manila at past 4:00 pm, braving the traffic along EDSA before we exited the North Expressway.

It was a long drive and when we reached Subic, which used to be a US naval base before it became an industrial zone, it was already dark. Dinner and grocery took most of our time during this stopover while rain welcomed us at Little Villa Beach Resort in Pundaquit, San Antonio, Zambales. It was pitch-black when we got to our destination. As the rain continued its downpour, we cooped inside the rented one-room cottage allocated for the females in the group for a night of fun games, cool chats, and hard drinks until sleep consumed us all.

We woke up at Sunday morning with the sun visibly out. While some cooked and prepared our meals, others, including yours truly, went to the beach to explore the place. The swarm of people swimming at the seashore was just amazing.

We made plans and negotiated with boatmen hovering at the beach. The benefit of traveling with a group is that expenses are shared and they come cheaper. Only then have I realized that we were going to Anawangin, a nearby cove which has lately been frequented by travelers and has been popularized by postings in networking sites and blogs.

A pine tree-lined beach came into view. The serene lake just behind the beach was a delightful scenery. Tents were lined up beneath the pine trees. Some people were having a relaxing moment under these trees. No cottages were in site and many backpackers were hiking to and from the mountain visible at the beach.

The beach at Anawangin.

No drinking, smoking, or drugs were allowed at the beach. Garbage was not tolerated as well. This is probably why Anawangin remains pristine, beautiful., and untouched unlike its commercial counterparts. No noisy bars nor crowded restaurants in sight. Just the beach, the sea, the lake, the pine trees, and your tent, should you decide to sleep in Anawangin.

Although we only stayed for two hours there, I had my fill.

We went back to Pundaquit and ended the day by the falls. It was a brief getaway from the big city, but it was a pleasurable one.

2 thoughts on “First-time in Anawangin”