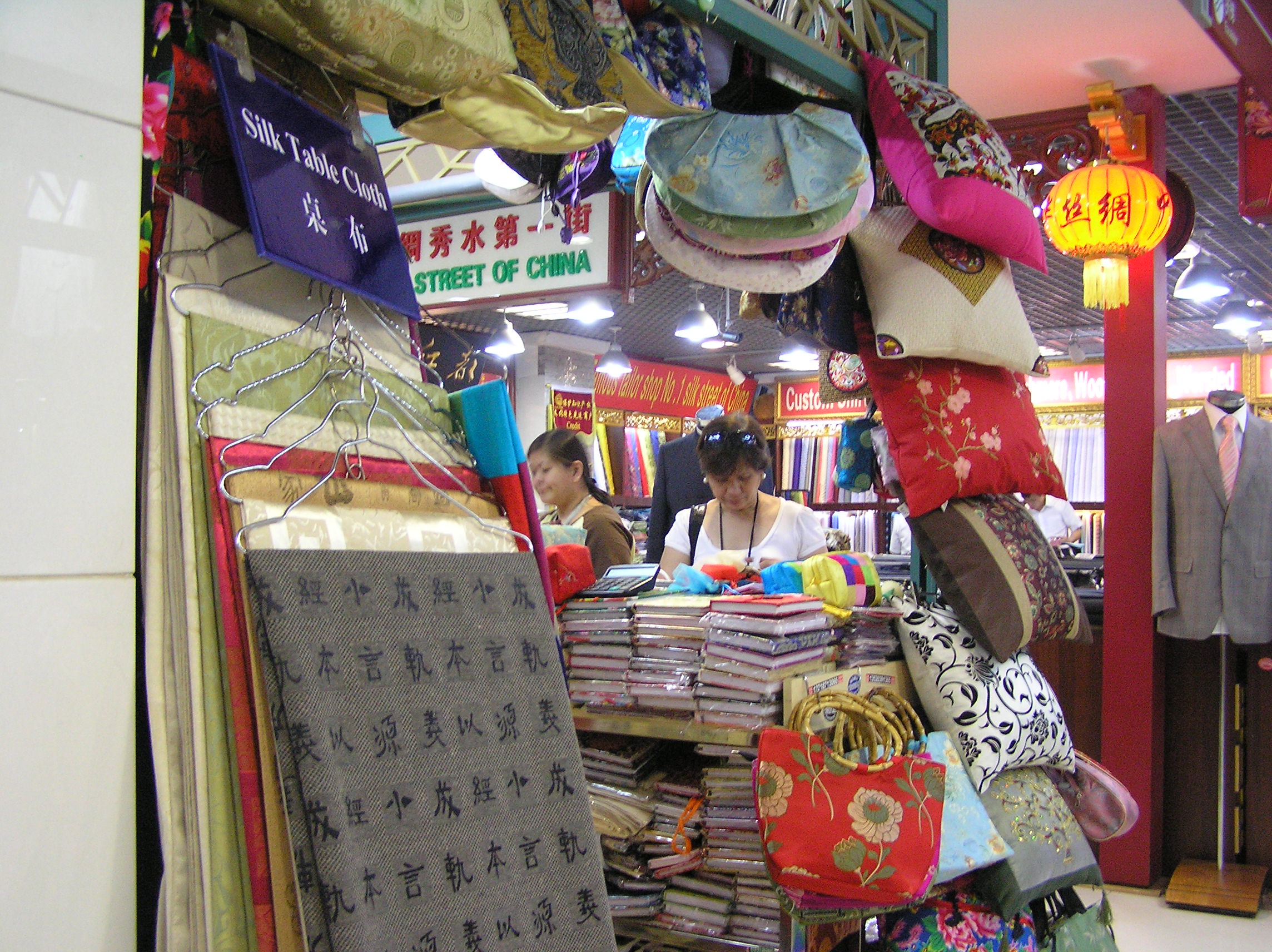 Silk Street Mall is neither your ordinary street nor your usual mall. It was something I’d find anywhere in the Philippines. Yet, tourists, especially those from Europe or the America, love to go to Silk Street Mall.

There were a bunch of kids who were having a field trip there. There were Spanish families donning their “Spain” shirts, proud as they won the FIFA World Cup at that time. Tired and weary of going around the mall, my friend and I sat on one corner while our other companions went inside more stores. By then, we saw a fat guy with white beard and all, that would remind you of Santa Claus. But instead of saying “Santa” out loud, my friend and I blurted in unison, “he’s from Finland!”

An announcement inside the mall.

The busyness of each alley, the interesting process of haggling, the different products you’d want to buy — they all suck you in that you’d either hate it or love it.

Well, I guess I loved Silk Street Mall over any shopping centers in Beijing or Shanghai. I have bargained some products and I found them rational enough compared with other cheap markets we’ve visited. In other words, if you’d want to go to Beijing for shopping, Silk Street Mall may be your best option.

We passed by this building on the way to Silk Street Mall.

I probably never realized it, until of late, but I have loved Silk Street Mall because I have spent practically one whole day going around the stalls, up and down its floors, scouring every product that I can bring home to my friends and family.

Yet, on one end, I hate it so much I do not dream of going back there. Don’t get me wrong, the place is terrific. But the mild and sweet Filipina in me is not used to the shouting and loud remarks of the vendors. It may seem ordinary for them, but their attitude can get under your skin. First, prices of goods are not displayed so you have to enter and inquire. Then, you try to bring down the price and they won’t agree. But when you start walking out of their stalls, they will yell at you as if you’ve just picked a fight with them.

Our ordered food in the food court.

Two Caucasian ladies were looking at something. The sales lady, in her broken English, told them the price. When the ladies turned away, she went after them. They told her they don’t have that amount, she shouted “you have that money!”and acted like a little child. Again the ladies said no, and she told them to go to the ATM to get money and even demanded that she accompany them.

The signage where we hailed a cab outside the mall.

That’s how far they would go just so they can convince you to buy their goods. Some of them who didn’t have their stall were going around the mall selling their goods at the basement and the food court area, doing it in a hushed, secretive way.

We left Silk Street Mall with me having mixed emotions. We were to leave Beijing a few hours later. I stared outside the cab window trying to absorb all the goings on at the streets. Silk Street was an interesting way to bid the Chinese capital good-bye.