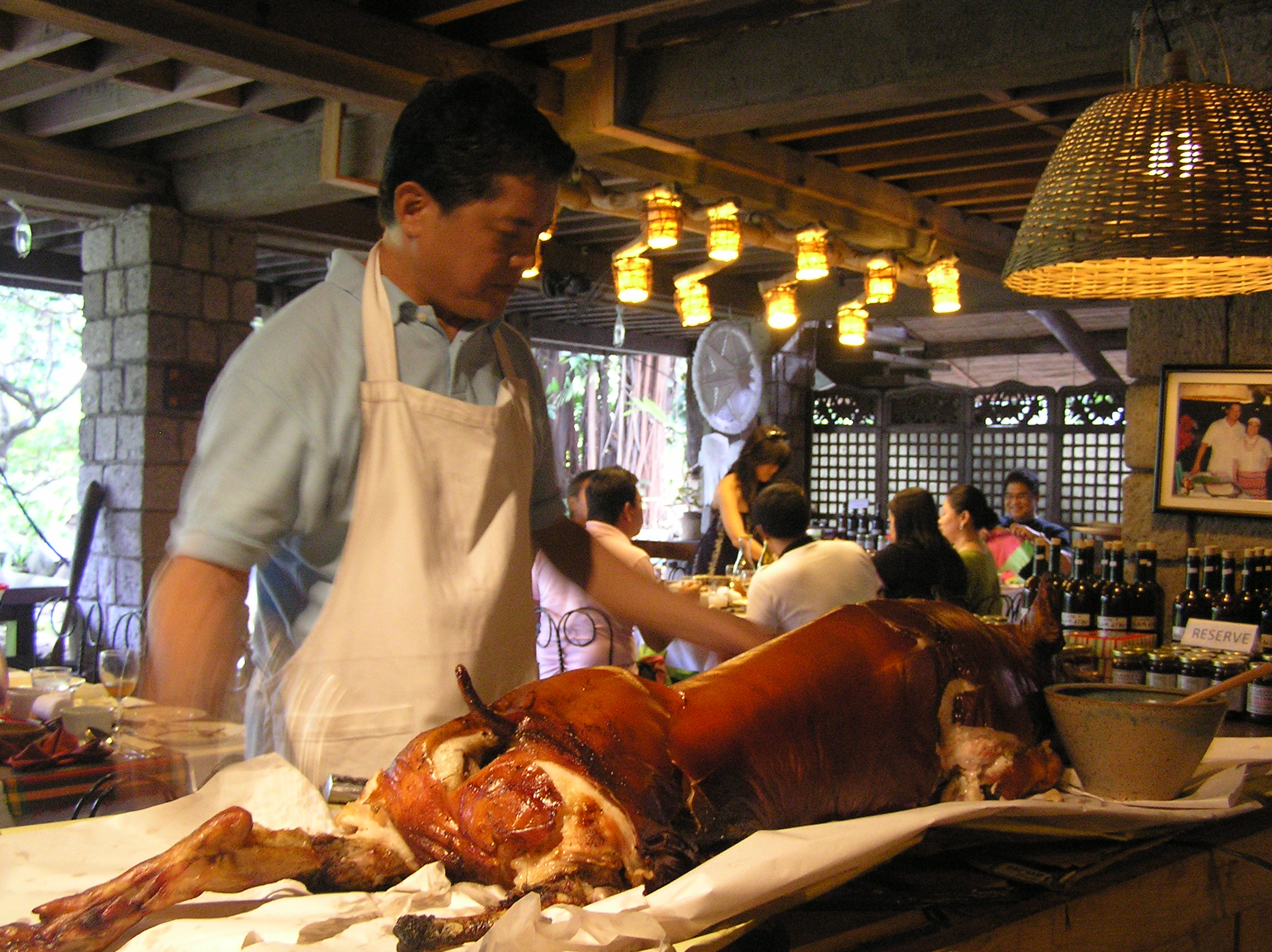 I’m back from hybernation. With the Christmas holiday rush, the Thailand Medblog Contest, the New Year hyper activity at work (which occupied most of my thoughts and every waking hour), job opportunities that got me thinking and reflecting, and the recent book launch by my friend Pam Pastor (“Paper Cuts” by Anvil Publishing), I finally got around to pay extra attention to my blog which I have placed on the sidelines. Now, expect me on a blogging rampage. Add to this is the Bloggers’ Build by Habitat for Humanity, where I work, which is scheduled just around the corner and will someday grace my blog page. And so, I’m back to the blogosphere. How I miss this world.

I have so many things to write about but I want to start off with a celebratory post of my five-hour lunch at Bale Dutung, home of the famous chef Claude Tayag. I’ve followed Claude’s newspaper column when I was still working for a PR firm. I watched him in one of Anthony Bourdain’s “No Reservations” episode at the Discovery Travel and Living Channel (which is now known as TLC). Being there eating his specialty in his very relaxing home was somewhat surreal.

One of our American Medblog contest co-finalists, Robert Schrader, was in town for his first visit to the Philippines. My other Filipino co-finalist, Ivan Henares, arranged for a day trip to Pampanga that included church visits, lunch at Bale Dutung, and the Giant Lantern Festival, which I featured in my previous post.

Our group, aboard a comfortable tourist bus, entered a quiet village in Angeles City in Pampanga. We stopped at a corner house screened by bougainvilla plants and ferns. As we entered Bale Dutung, we were welcomed by the sight of a giant Balete tree, a man-made creek, some art works at the garden, and a terrace covered in greens filled with people with cameras and spotlights. A television crew was on the second floor interviewing Claude.

The lower floor, which is the dining area, or restaurant, was packed with diners. His wife, Mary Ann, personally welcomed us and led us to two tables, one long and one short. Robert and I sat at the small table which we shared with a group of four friends, who was with us in the tour bus. The lady across me was so vaguely familiar that I learned she used to be my client at the PR firm. It’s such a small world after all. Before the first course was served, we were all chatting animatedly with everyone at the table.

The dining area had no walls that allowed the cool wind to pass through. From our table, we could see one of the kitchens, the busiest, I think. Large jars of vinegar were on one shelf. Their furniture was all made of wood. The lights were hung on a bamboo with giant corals shaped like snowflakes added as decors. Almost everything around us was made of local products — rattan, bamboo, hardwood, linen table mats, etc.

Mary Ann went to our table and explained about our drinks. She would do that every often and sometimes adding a story or two about the menu. In our glasses was a local citrus juice drink wherein the ice was made of frozen brown sugar. Interesting. We were given a pitcher of water and another pitcher of ginger drink. She said the drinks were a good way to cleanse our throat to prepare it for the meal ahead. We were also handed out frozen hand towels. The hardened rolled white cloth cooled us while the sun was streaming beyond the shaded part of the restaurant.

The plate of crackers arrived with four dips. Along with it was a plate of pickled vegetables and seaweeds. Then the Lechon Menu, which seemed to be a nine-course or twelve-course meal (I lost count!), finally began.

Our appetizer, a salad of ferns, finally arrived. Mary Ann said that sour food produces an effect in the stomach that enables the appetite to yearn for more. We were then served a vegetable spring roll with lemon coriander and Thai basil sauce covered with a large cabbage leaf. We weren’t yet starting with the main course so we took everything bite per bite, trying to get a taste of everything.

Plates were cleared and another served. This time it was a tiny bit of barbecued chicken wing with a small serving of yellow rice. As if this was not enough, we were given talangka sushi and hito and balo-balo sushi rolled on a leaf.

The heavy stuff kept coming in. There was the sinigang na lechon or the sour soup. And the main highlight: the roasted suckling pig which we all call as lechon baboy or, simply lechon, which usually graces Filipino parties and celebrations. We also had shredded lechon flakes on a tortilla. We were given steamed sticky rice covered with banana leaves shaped like a cone. And then, a plate of pork ribs with a tiny steamed eggplant with a slice of salted egg and tomatoes on the side. And if I wasn’t full enough, the sisig, a sizzling menu of chopped head of the lechon, was presented to us.

No wonder why we had to spend five hours there at Bale Dutung. With all these good stuff, you need to pace every course so you ca enjoy every bit of it. Finally, we were on the last course. Desserts! Hot chocolate drink, ensaymada, ube halaya, and the paradiso.

As we were catching our breath from all the food we’ve consumed, I tried walking into the small room art museum that displayed paintings of famous artists. I looked around the souvenir shop. I viewed photos displayed. Whew! This was madness, and it suited the occasion as we embraced the Christmas rush. Yes, this was a nice way to prepare myself with the holiday meals. And reminiscing that meal was a wonderful way to start my 2011 blog posts.

Sinful sisig luring me to the table.