First-time in the Ligligan Festival 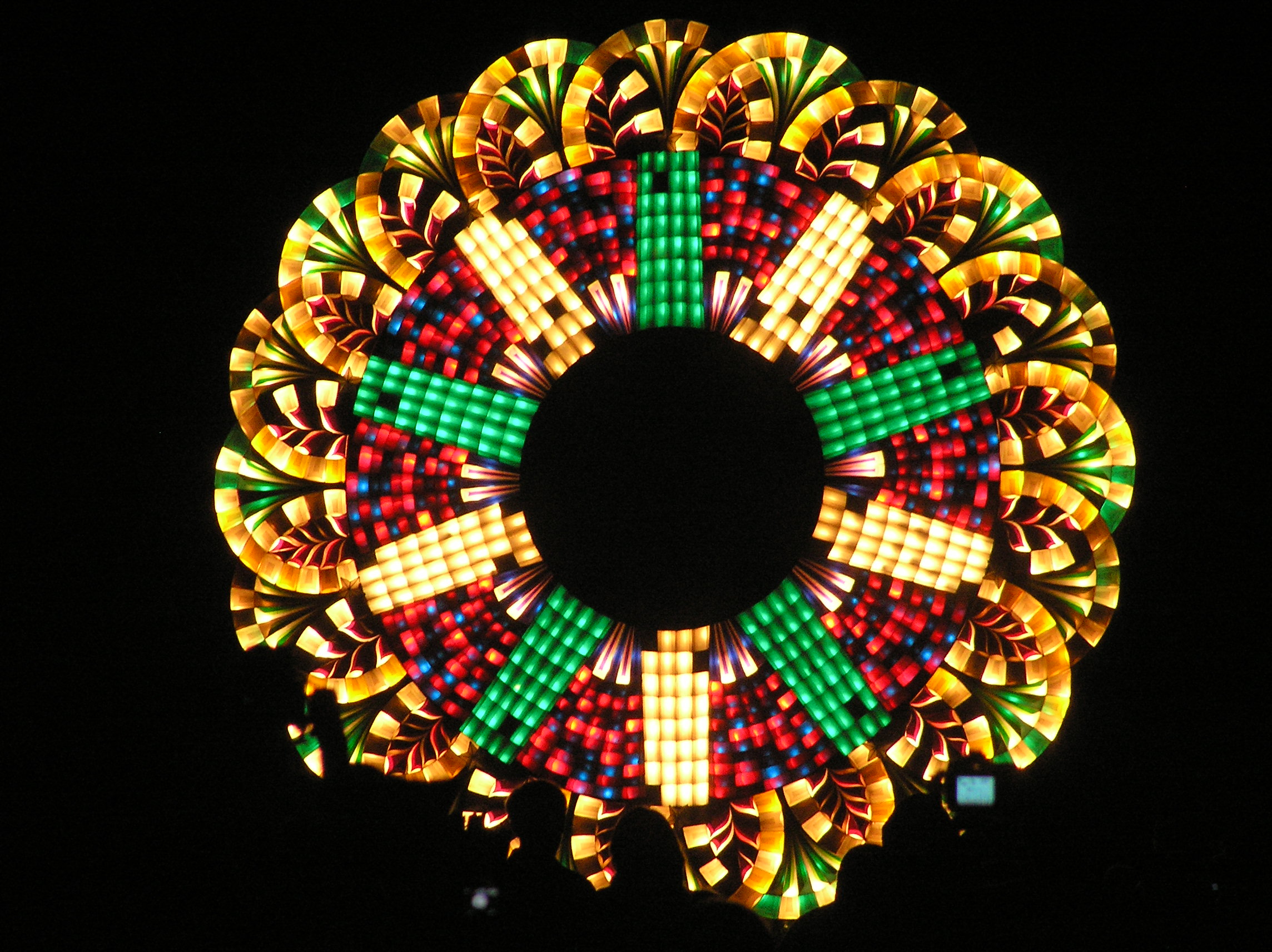 Apart from exploring the entire stretch of the Philippine archipelago, one thing I also want to fulfill is to witness the various festivals in our colorful and culture-rich country.

This year, I can tick off another Filipino festival, called the Ligligan Parul, or the Giant Lantern Festival of San Fernando, Pampanga. Together with an American guest, I joined a tour group organized by the Ultimate Philippines Tours.


We met up at a coffee shop in Makati one early Saturday morning to catch our bus. There were about twenty of us. The highlight of our Pampanga tour was the Giant Lantern festival.

After finishing our itinerary for the day, we proceeded at around past 6:00pm to Robinsons Starmills and braved the throngs of people inside and outside the mall who wanted to see firsthand the giant lanterns.

We proceeded at the open-air venue at the back of the mall to find a strategic position for us where we could see the lanterns and easily sneak out of the area by the second round of the competition. We waited under the starry night, although a drizzle threatened to ruin the night but never succeeded.

The program started with traditional dances by the local schools. The judges were introduced and a short history of the festival was shown. Finally, the time has come for the lantern show. The crowd took out their cameras to record this festive event.

Nine lanterns that were 20 feet in diameter stood before us. Each represented the nine barangays of San Fernando City. A barangay is the smallest political unit in the Philippines.

The Ligligan Parul traces its past to the old tradition of making a “farol” or the Spanish term for lantern, which was usually done during special occasions like Christmas or on feast days of saints or celebration after a victory in battle. The Giant Lantern festival started in 1908 and, at that time, the showdown of the lanterns was more on which barangay keeps the most number of light bulbs lit at the end of the competition. The modern-day festival was now focused on creativity and workmanship as each barangay makes their colorful bulbs dance to various music.

We watched the first round, wherein each barangay had a time allotted to show the dancing lights of their lanterns. We stayed halfway through round two wherein the lanterns were grouped into three to exhibit the many light formations of their lanterns. Because the competition was held at night and we had to travel back to Manila, we never got around to witness the last round where all nine lanterns would light up simultaneously and synchronize their light movement to a live brass band.

Sta. Lucia took home the bacon with its beautiful light formations that synchronized with the music and wowed the crowd. And San Fernando’s Christmas spirit lives on through its reachable stars in the form of the giant lanterns.

4 thoughts on “First-time in the Ligligan Festival”

← 10 Reasons Why Spend Christmas in the Philippines ← First-time in Bale Dutung, Pampanga