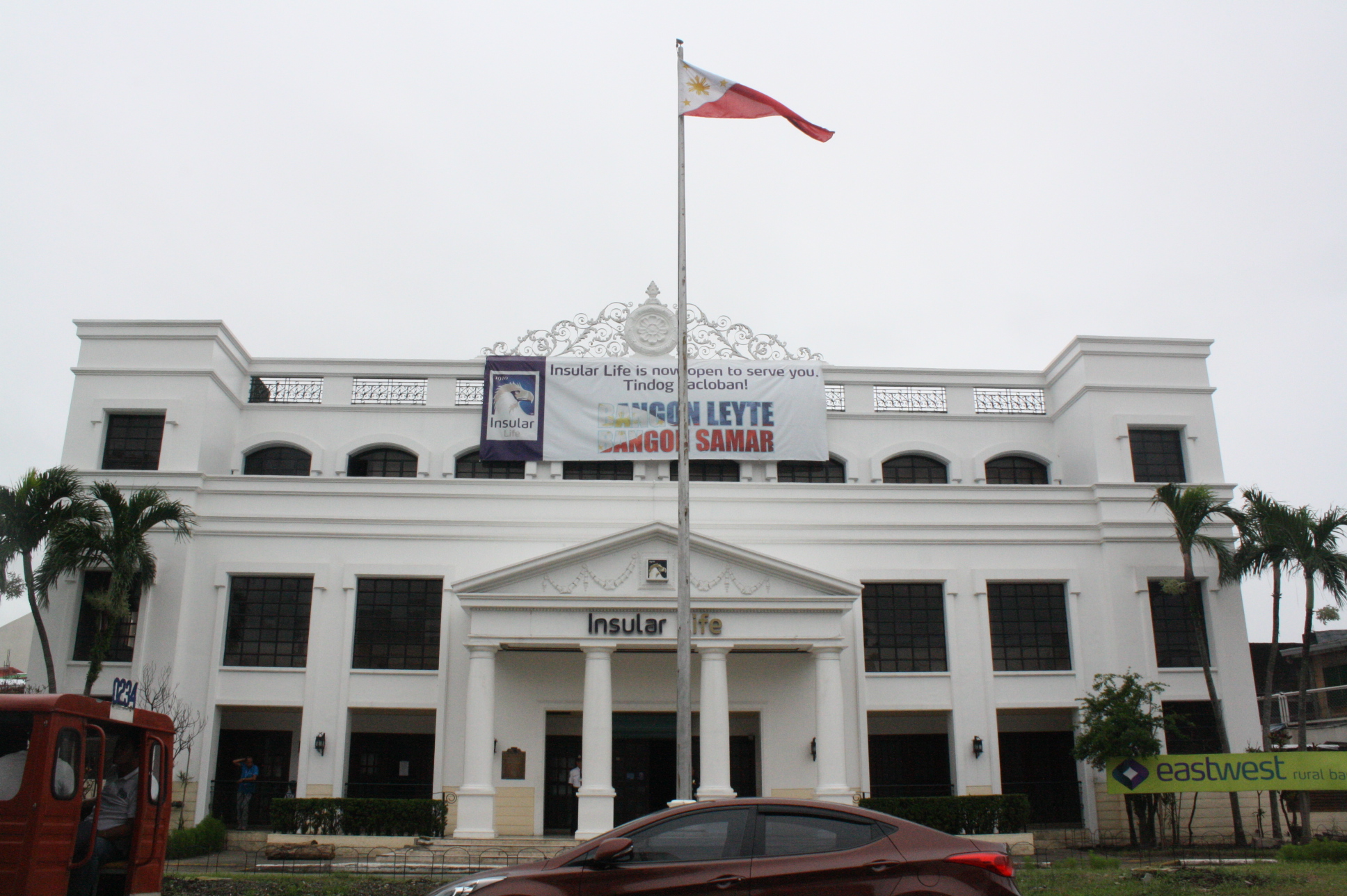 I have never expected that the almost year-long anticipation of my first trip to Tacloban would change at the last minute. Yet, it was for good, because with the recent onslaught of typhoon Yolanda that ravaged this city in the Eastern Visayas region, it would be hard to have an itinerary that entirely focuses on fun and relaxation, as most vacations would spell. Similarly, what brought me and my Tacloban-bound travel buddies together was our passion to serve communities through volunteering.

Almost two months after the disaster, Tacloban is slowly getting back on its feet. Many people fly to this city to help in whatever way they can. In the three days we spent there, apart from our volunteer projects, I found several things that made our trip extra enjoyable.

This unassuming three-story structure made history as it was the first hotel that opened right after Yolanda struck. It was spared from the damage of the super typhoon, proof that it’s safe to stay in Welcome Home Pensione. The President and many high-ranking government officials made this their temporary home during their visits to Tacloban.

Moreover, it is strategically located in the heart of the city, a walking distance to the Sto. Niño Church, the People’s Center, the Sto. Niño Heritage Museum, and several eateries and commercial establishments.

Since we were a huge group, we were able to book three rooms that housed 5-6 people per room. Although the rooms are air-conditioned, some of us opted not to use it because of the cold wind that was prevalent during the time of our visit.

This is the mini-garden inside the pension house. There’s a small hut at the left side, too.

The hut in the midst of the buildings.

Welcome Home Pensione has a computer shop, a small gathering area in its garage, and a nipa hut behind the main building. Rates are also affordable and apt for big travel groups.

The entrance of the pension house.

The only thing is, the pension house does not have any eatery or restaurant, which is not the main consideration because a few steps across the street is the Potluck Canteen where you will find home-cooked food.

We had Tom Yum, Salmon soup, Vietnamese spring rolls, crispy noodles topped with vegetables, twice-cooked adobo, and a lot more. It was like a feast, but with a large contingent, the food was just enough.

See through walls of the restaurant.

Located inside a subdivision, Village Chefs offers privacy and a homey ambiance to its patrons. A swimming pool outside the quaint restaurant looked inviting but the cool breeze made us stay indoors and enjoy the artful designs of its interiors. Some of the walls are surrounded by a net that gives us a view of the pool outside. Although situated in a posh portion of the city, the restaurant was not spared by Yolanda’s wrath. Its roofs were also flown by the strong winds and renovation are needed to get it back to shape.

It has beautiful interiors. And it’s packed!

Though the restaurant is not easily accessible it is surprising to find many diners during the time that we were there. At the next table was also a long one composed of the contingent from the University of the Philippines-Philippine General Hospital (UP-PGH) who are also doing some community work in Tacloban. They asked us why we were there and what our organization is all about. It’s nice to chat with like-minded people who also have the heart to serve.

This is a beautiful anecdote of our trip to Tacloban. As I was posting on my social media accounts real-time photos I took from my phone, one of my friends saw them and got in touch with me. To make a long story short, he was also in Tacloban at that time since he was already based there for almost a month. We met up after dinner along with one of my companions and fellow volunteer. Our common denominator was that we used to work together with another non-profit organization.

My friend brought us to a mobile bar, a delivery truck or a bigger version of a food truck, that was converted into a bar. The bar’s name is Na Ning and at that time, it was parked along Juan Luna corner Burgos St. They set up some tables and chairs along the sidewalk, played great music, and placed some lights that gave an ambiance of a bar.

Chairs, tables, sofa, lights and music — all enjoyed by the sidewalk.

One of the owners chatted with us. I learned from him that Na Ning was his grandfather. They used to have a place for the bar but because it was also destroyed by the typhoon, they opted to have a mobile bar instead. During the course of our conversation, I found out that he is the brother of someone I know, a member of the fraternity where my sorority is affiliated with. He and his sister also knew the Program Officer of Hands On Manila, where our traveling group are active volunteers. It was a small world after all.

The mobile bar is a novel idea and something I experienced for the first time. Sure, I’ve tried food trucks but this one, you can hang out and order your favorite drinks. Their bartender will even mix your cocktail drink in front of you.

A mini-reunion of sorts, plus we have a new-found friend. Photo by Abby Pacquing.

Later on, volunteers and workers from international organizations arrived and convened at the mobile bar. We were told that the previous nights they would even dance along the street. It was a creative way to bring back the energy in Tacloban and pump up its economy.

We were hoping to go back the following night and bring more friends but the truck was nowhere in sight as they are closed on Sundays.

San Juanico Bridge, spanning over two kilometers and connecting the provinces of Leyte and Samar, is the longest bridge in the Philippines. Although slightly damaged when typhoon Yolanda struck, it was repaired and it still stood majestically at the San Juanico Strait.

The longest bridge in the archipelago.

There are small islands and islets under and surrounding the bridge, which gave a touch of charm to San Juanico’s scenery. It also provides a good vantage point of the strait and a beautiful view of both provinces.

View from the bridge.

There are checkpoints on both sides of the bridge and stopping is strictly prohibited. But we couldn’t help ourselves and took a quick snapshot of San Juanico and its surrounding areas.

We decided to hear mass at the Sto. Niño Church, which houses the miraculous image of the holy child Jesus. Incidentally, it was also the feast of the Sto. Niño that day. The yellow exterior of the church reminded me of a church I saw in California.

Since the church was not spared by typhoon Yolanda’s damaging winds and rainfall, the church’s roof was heavily destroyed and it was only covered by tarpaulins when we visited it. The lighting system was also affected. Yet, the altar remained intact, a miracle, according to the priest, who turned out to be an uncle of one of our companions. It seems that our Tacloban trip brought to our paths people we’re interconnected with.

But the altar area remains unscathed.

An online friend I met through an ASEAN group of travel enthusiasts in Multiply owns Leyte Gulf Travel and Tours. Since she is a resident of Tacloban, I contacted her and grabbed the opportunity to meet with her again. We met at the Sto. Niño Church and she told me she would bring me to her place for dinner. Funny thing, when my companions asked me if she can recommend a place where they can eat, she recommended Calle Z Café, her place, where she was about to take me.

My friends followed suit and we all had dinner together. As I arrived at the café, my friend informed me that her guest was someone I knew. This is the good thing about social media, you’ll learn that some of your friends are also connected one way or another. Her guest is the wife of a former colleague of mine, who is working in the media industry.

We had an interesting discussion of what happened during the first days after Yolanda as we feasted over a dinner of bulalo (bone marrow soup), sizzling sisig (chopped parts of a pig’s head), and crispy tenga (pig’s ears).

Calle Z Café has an indoor area as well as an outdoor garden dining set-up, where we opted to have our meals. It has a rustic feel —  a house with a cafe below.

When we learned from one of our companions that there was a shirt store nearby, we rushed to the store a few hours before our flight. Wanting a souvenir piece that will remind us of our Tacloban trip, as well as help the local economy, we trooped inside the tiny store. The energy of excited buyers filled the small space and the owner and workers were overwhelmed by the influx of purchases and orders.

Though detached from the post, the signage still stood outside the store.

Not used to having these many customers, there were only a few shirts on display and available. So we ordered for some and opted to return to the store before we leave.

The designs were simple yet impactful. Many foreigners order their shirts a day before. At that time, a media crew also joined our frenzy and bought a number of shirts as well.

There is fun in volunteering and serving and there is also fun in having fun – eating, sightseeing, souvenir shopping. And who says you can’t have fun in Tacloban? In fact, some of my fellow volunteers became children once again when they biked in the rain. Those are the little things that bring color and laughter to our souls.

19 thoughts on “First-time in Tacloban”