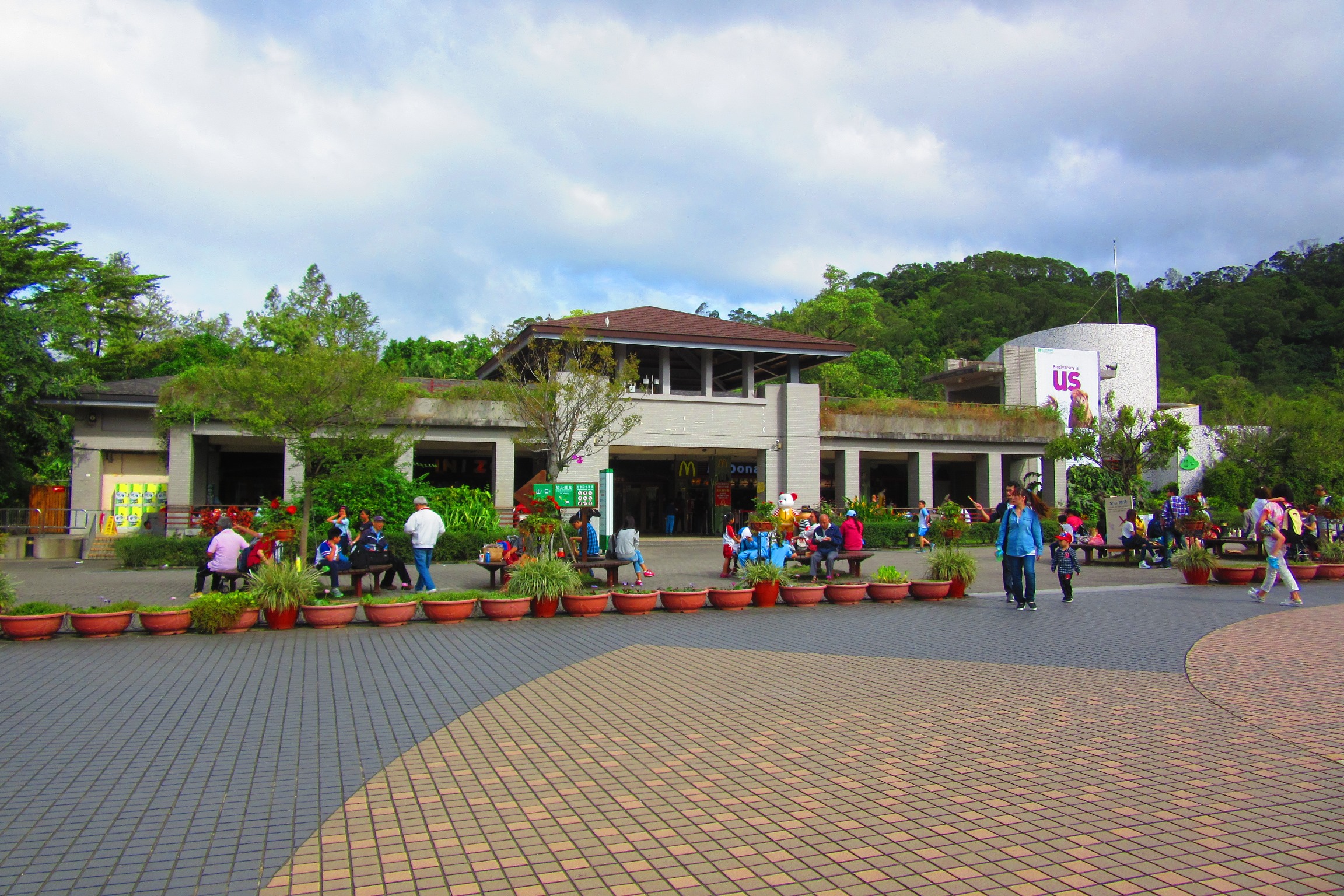 Our first order of business when we got to Taiwan was to see the panda. It’s not everyday that we see it as there are no pandas in the Philippines. I have seen it twice but I wanted to see it again. So off we went to the Taipei Zoo.

Taipei Zoo is one of the attractions in the city.

It was easy to get to the Taipei Zoo. From the Ximen MRT station, we transferred to the Wenhu Line going to the Taipei Zoo Station. We paid NT60 (about USD 2.00) each at the entrance and got our tickets.

Taipei Zoo is accessible by MRT.

As we entered, there was a square where people converge. A stage could be seen where events are usually held. Feeling famished we lined up at the fast food chain at the shop inside the zoo. I took the liberty to go to the visitor center to get brochures and maps.

A large open space for visitors.

Immediately we went to the Giant Panda House where I was able to capture the panda’s antics. Right beside the building is the shuttle train station so we decided to take it to tour the entire facility. The ride costs NT5 only and one can pay in cash or use the Easycard. The Easycard is accepted in the MRT, buses, other transport services, convenience stores, department stores, and supermarkets.

The shuttle train took us to the Bird World Station. From there, we walked around the zoo stopping first at the Africa Animal Area and the Australia Animal Area. There we spotted the hippopotamus, the white rhinoceros,  hyenas, lion, giraffe, baboon, gorilla and other primate families.

The shuttle train took us to the Bird Station.

We moved on to the Desert Animal Area where the camel, wild ass and addax could be found. We skipped the Asian Tropical Rainforest Area and Insect Valley and instead went straight to the Koala House, which was our last stop.

Of course, the giant pandas and the koalas where our favorites. They looked like stuffed toys because of their cuddly appearances. Our trip to the Taipei Zoo was mission accomplished. It will take years before I’ll see again the giant panda. Hopefully, sooner.

4 thoughts on “First-time in Taipei Zoo”