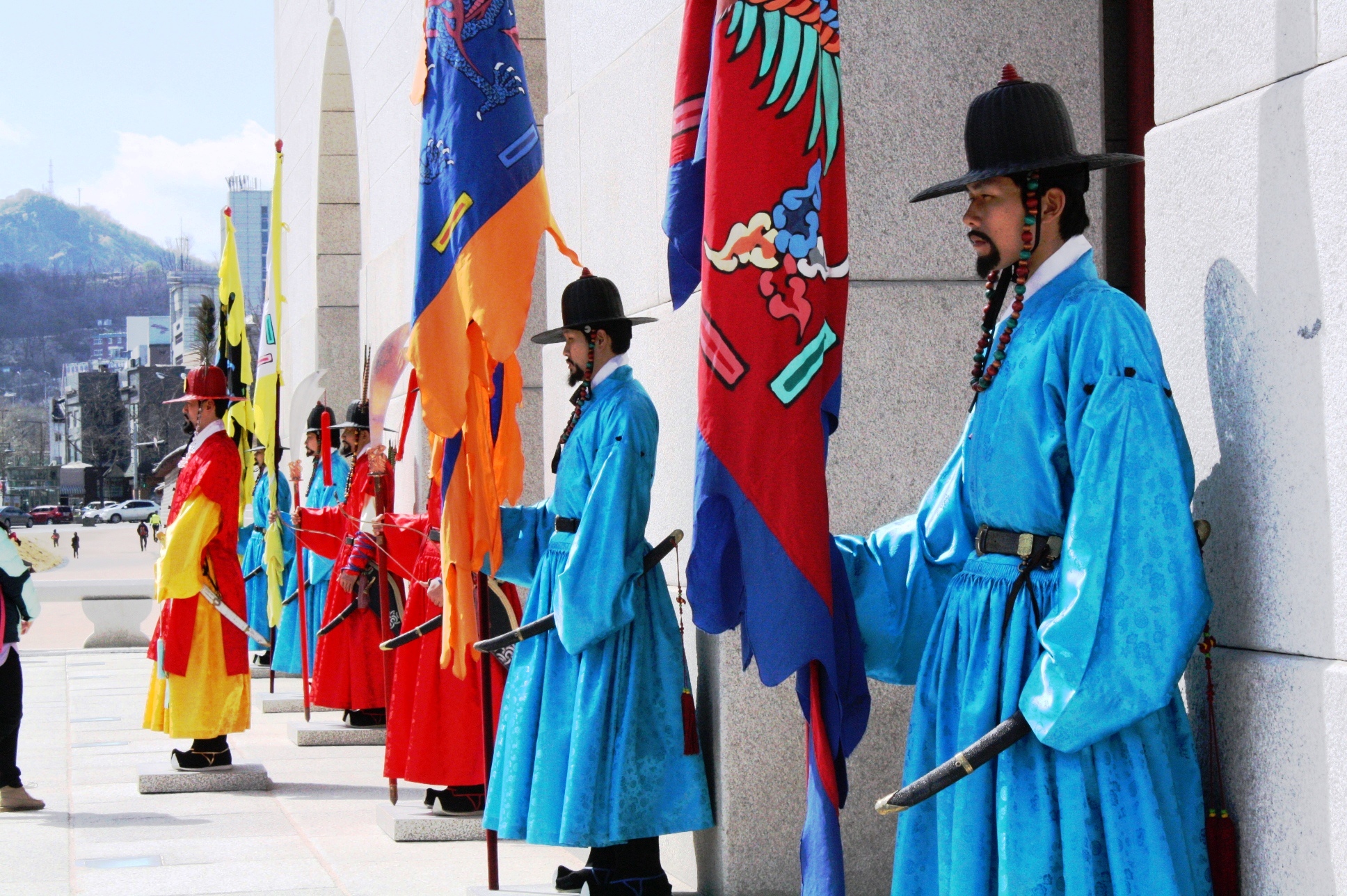 It was a trip to remember and one that should be in the books. My cousin-friend , Corr, and I flew to Seoul, South Korea with mixed emotions. For about four months, we were planning our trip with excitement and enthusiasm. With some influence from Koreanovelas and K-pop, we’ve wanted to be in the city where there’s love “Gangnam-style” and hopefully find some “oppas”.

A foggy South Korea greeted us during our arrival.

But the North Korean declaration of being in a “state of war” with South Korea seemed to have tipped the balances and caught us off guard. We didn’t want a war, but we mostly didn’t want our trip to be ruined. Despite fear from our loved ones on the impeding threat, we pushed through with our plans. I was decided to go by myself, yet I couldn’t help but monitor the news as our trip neared.

A glowing sunrise partly enveloped by the morning fog.

What was even more challenging was the red-eye flight. We flew at past one in the morning and slept for a mere four hours (or less) on the plane. Good thing that everything seems to be in place in South Korea. Though we arrived early in the morning at Incheon airport, we experience any hassle, especially in going to Seoul. With thorough research and the help of friends, already identified where to exit (gate 5 or 12), where to wait for the bus (5B or 12B), and which bus number (6002) to take.

Credits go to my colleague, Eunice, who’ve been to Seoul twice, and to Big Choi, the guesthouse she recommended to us. Big Choi’s website has specific instructions how to get to his place from Incheon airport and I’d like to commend him for that.

The ride from Incheon to Seoul was long but fast. As we braved through the expressway, the rising sun glowed behind the fog, indicating that our stay won’t be that easy after all. Our April trip, which is supposed to be in time for spring, is a bit early for the cherry blossoms to bloom than we expected. The winter chill is still in the air and the cherry blossoms are still but bud on the trees.

No leaves nor flowers in sight at the cherry trees. A bird takes refuge in its branches.

Nevertheless, Big Choi’s Guesthouse hard to find. It was in the vicinity of Hongdae and Hongik University. So when we arrived while everyone else was still abed, we just dropped our bags and started our exploration of the city. (More of the Hongdae neighborhood in my succeeding posts.)

Seoul is filled with coffee shops and beauty stores. But let me talk about that at length in a separate post. Going around Seoul is easy, especially by using the subway. A single journey ticket costs ₩1,150 (app. US$1) with a ₩500 deposit for the card. There are nine major lines and seven other lines in the subway so you have to know where to get off, transfer, and exit. One can also opt to take the bus and see more of the city.

There are signs everywhere to help you around.

In terms of budget, beauty products are really affordable. Food is a bit expensive, according to Filipino standards. A meal in an ordinary eatery may cost from ₩5,000 (app. US$ 5) and up, but it can be shared by two people. Seoul’s street foods are clean and delicious, although some are really spicy, which we tried during our four-day stay.

People flocked at Gwanghwamun on a Sunday afternoon.

South Koreans, in general, are polite and trustworthy. I would say that I never felt any intimidation of danger while in Seoul (notwithstanding the North Korean threat). No beggars to hound you in the streets or pickpockets to be wary of. In shops, I can feel that trust dominates in the air. We met old people along the streets and the subway and they were all grateful for the assistance we’ve extended to them. (Yes, Filipinos are hospitable and helpful). The only catch is that not everyone can speak and understand English, so language can be a bit of a challenge but can be overcome.

You can walk around Seoul easily. You’ll even find lots of birds on the streets.

Seoul is a tourist-friendly city. You can easily walk from one area to another, so prepare those rubber shoes and boots for a lot of walking. There are signages everywhere and tourism information offices in most of the public places where travelers frequent. On top of that, there are tourist information volunteers garbed in red who roam around tourist areas. We met them in Myeondong, Namdaemun, Insadong and many other places, and they were a big help to us.

A tourism information volunteer is ready to assist you.

I’ve known friends who’ve been to Seoul before and returned, and many of them still want to come back. I have a feeling that I will be joining that list. Yes, I hope to go back to Seoul and explore its vicinity as well as other cities in South Korea. When would that be, that is the big question.

Check out also my posts on the Seoul Hop-On Hop-Off Bus, the Trick-Eye Museum, Myeondong and Spring in Seoul.

3 thoughts on “First-time in Seoul”

← Pilgrimage to Tagaytay ← First-time in the Trick-Eye Museum