First-time to walk in darkness 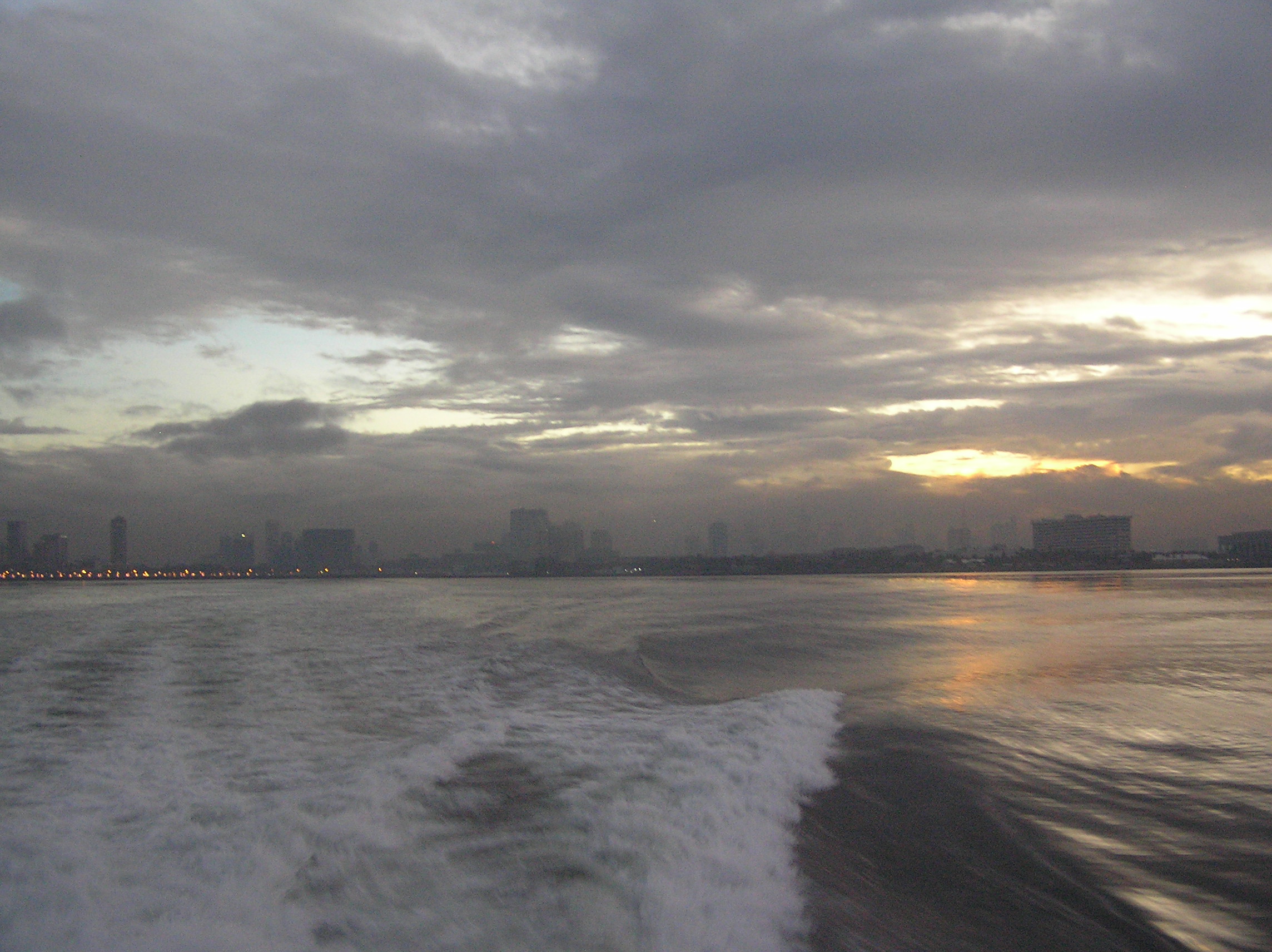 Nothing can compare to my walk in pitch black darkness. Going back to Corregidor Island five months after visiting the island may not hold any novelty to it. But I guess this historical landmark never failed to amaze me.

Our trip was something different. I was with several travel bloggers hosted by Sun Cruises, represented by Mr. Bobby Aquino, and we went there when there was a marathon at Corregidor. We left Manila while it was still dark and we boarded the ship filled with runners on their complete gear, water bottles and backpack. While on board, Bobby took us at the bridge where I saw for the first-time how they maneuvered through Manila Bay. The radar revealed several tiny fishing boats surrounding us that I have never paid attention while on deck. Without that apparatus, I imagined how dangerous it would be if we bump into one of those boats.

As we landed at Corregidor, the runners were filling the pier. We were a minority. But some of my companions were excited to be visiting the island for the first time and to also cover this marathon event. Bobby took us first to the Corregidor Inn, the best and only hotel in the island, for a filling breakfast.

Aboard our tram, and with our comic tour guide, we visited the many landmarks in the island. We visited some points that I have never been before, like the Battery Grubbs that had a breathtaking view of the bay. And while we went around the island, some runners were also filling the road. While in my previous trip we only passed by the topside barracks, this time around our guide allowed us to climb the building. I saw a pool inside the building and I could imagine the soldiers enjoying a day in their quarters.

When we got to the lighthouse, I climbed it as I never did before and saw the whole view of Bataan and Cavite. I realized that the last time I was here I wasn’t able to explore the island as I should.  There at the top of the lighthouse, as I leaned on the railings, I saw three planes flying by. I thought of the time when the island was a military stronghold and the sound of flying jets would have alerted those on the ground.

A marathon in the island.

We also explored the Filipino Heroes Memorial. The last time I was there, the sun was too hot that we decided to stay inside the tram. With another opportunity to be back in this place without me knowing it, I grabbed the opportunity to check out the old photos and paintings inside the mini-museum, and the relief images of heroes and historical stories outside. Our guide also took us to the Kindley Airfield where the Mindanao Garden of Peace was located. There was a different story there altogether and we saw the photos of the survivor of the Jabidah killing.

The tunnels before we entered the pitch-black one.

The eerie part was when we took the Malinta Tunnel and we were led to one of the small tunnels. Our guide asked us to turn off our flash lights. Darkness descended upon us and we took every step grappling and trying not to trip over. Good thing I was wearing my glow-in-the-dark baller ID, which was our only reference or sign of movement. This experience was nothing compared to the previous lights & sounds show I had in this tunnel.

We had to wait for our ship back to Manila along with the other runners. We hang out around the hotel, which was fully booked at that time, and an idea crept into each one of us. We’d want to spend a night in Corregidor. Maybe one of these days, one of us will have the courage to do that. We were tempted to do some zip lining but the sky was downcast and we had a few minutes left before we board our ship. We were grateful to Bobby and Sun Cruises for giving us this wonderful trip pro bono. It was a different experience when you go back to a place and being treated like a VIP with all the privileges and the opportunity to look closely to landmarks I’ve skipped before.

This post is part of the Lonely Planet Blogsherpa Blog Carnival #21 with the theme of “Going Back“, hosted by Natalia of the No Beaten Path. The carnival will be up in April 2011.

2 thoughts on “First-time to walk in darkness”