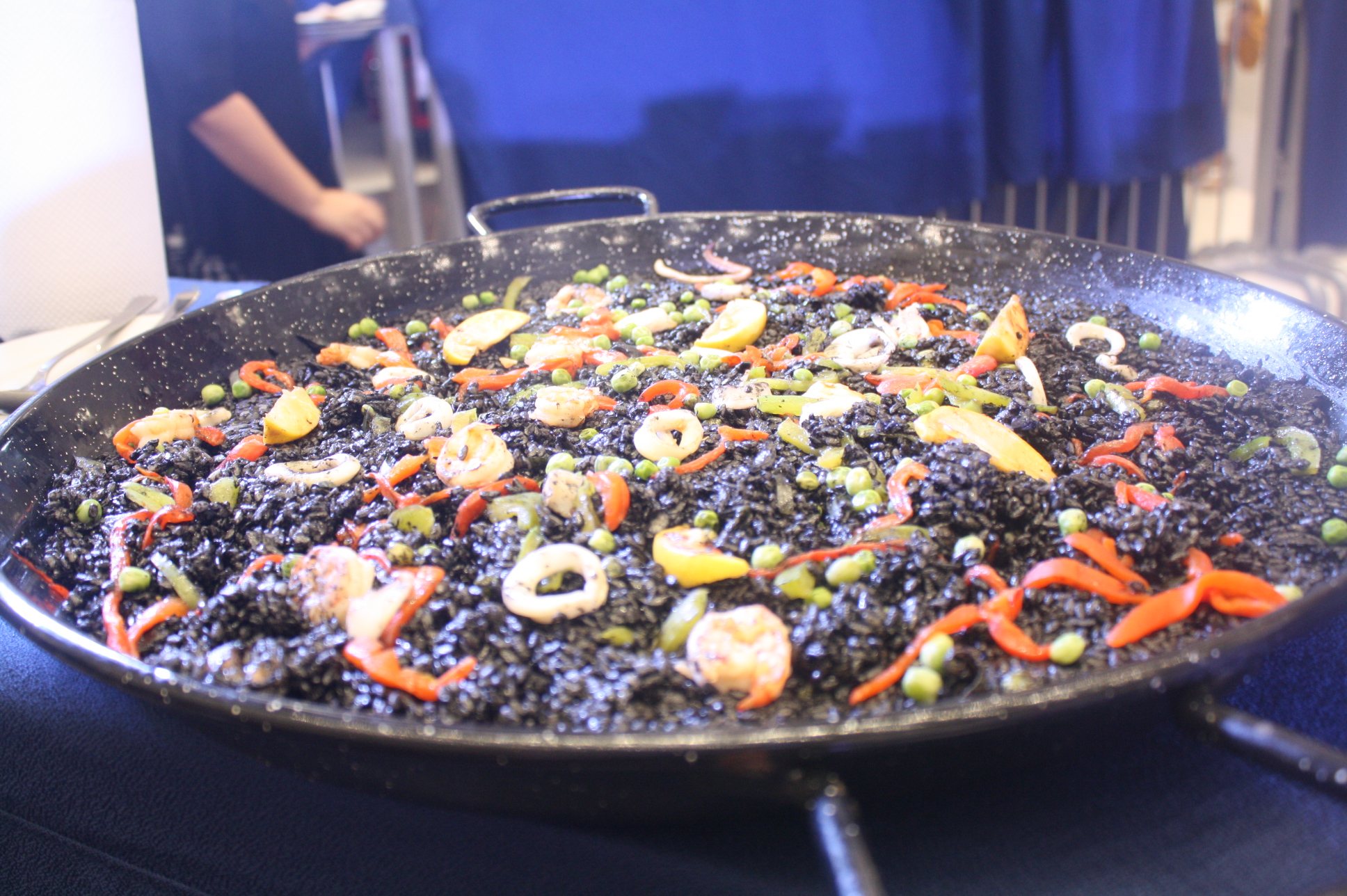 The last time I feasted on a paella, it was the Festival De La Paella Gigante held last August 2013 at the Casino Español de Manila where I had fun with friends watching how rice and other flavorful and colorful ingredients were cooked in a giant paellera by some of the best chefs in the land.

The Festival De La Paella Gigante that I attended more than a year ago.

I envied my friends who were planning to take part in the festival this year. Bacolod City is miles and seas away from the capital where the festival would be held. Then I heard about Madrid Fusion Manila which will be happening on April 24 to 26 at the SMX Convention Center in Pasay City. I wanted it very much to be there but couldn’t.

I settled myself to just watch from the sidelines and await the social media posts and online news about these events. Then I got an invitation from SM City Bacolod to the Paella Cook-Off, which is part of the Flavors of the Philippines Tour by SM Supermalls and Madrid Fusion Manila 2015. Finally, a paella event has come to my city!

Chef Uwe (3rd from left) and Chef David (4th from left) brought the Spanish flavor in Bacolod through the Paella Cook-Off.

While the much-anticipated Pacquiao-Mayweather boxing is just weeks away, I was more thrilled to see how the Paella Valenciana-Paella Negra cook-off would fare at this flavorful match. Building up the Paella Valenciana corner was German chef Uwe Markowsky of the Bacolod Academy for Culinary Arts and Tyrol Restaurant. At the other corner where the Paella Negra was being groomed was Spanish chef David Lopez of the Txacho and Kome Kome restaurants. Though both chefs were hailed in Europe, they are now “sons of Bacolod” as they have fallen in love with this beautiful city in the Western Visayas region of the Philippines.

The host took center stage and announced the start of the cook-off. He gave a preamble how “paella” came about. It was said to have originated from Valencia and was derived from “patella” or the pan used for cooking. My memory, if it serves me right, brought me back to my Spanish class where the teacher told us that “paella” was a combination of the word “para ella” because the food was cooked for a woman.

The meat was first sauteed.

Well, it was good to see two male chefs cooking the paella in front of us. Chef Uwe first sauteed slabs of chicken on olive oil. He said that Paella Valenciana, which is considered to be the original version of Paella, usually has meat, like that of a chicken or a rabbit. Sometimes seafood is also included in the mix. He approximated 45 minutes to cook his menu, wherein he boiled the basmati rice and added the meat, the seafood, peas, beans, seasoning, and lemon to his paella.

Tapas were also given to us to taste.

Chef David, on the other hand, first boiled the boba rice letting the broth with squid ink simmer. He specifically said that while the broth is simmering, the rice should not be touched so that when the liquid evaporates, a film will cover the rice, adding flavor and texture to it. He sauteed the other ingredients in a different pan, which included shrimps, bell peppers, and peas. He also prepared some tapas, pintxos and pates for the audience to taste, plus a bit of sangria to go with the Paella Negra.

It was a great match and the winner were our tummies. That’s one good thing about paella. It has rice and everything in it, so that alone is enough to satisfy your gastronomic needs. Paella appeals to the Filipino palate because we are primarily rice eaters. Second, we have a rich Spanish culture that make us attuned to their food as well.

I hope next time I’ll eat Paella, it will be in Spain. Then I’ll down a sangria and have siesta afterwards.