The MRT Itinerary in Metro Manila 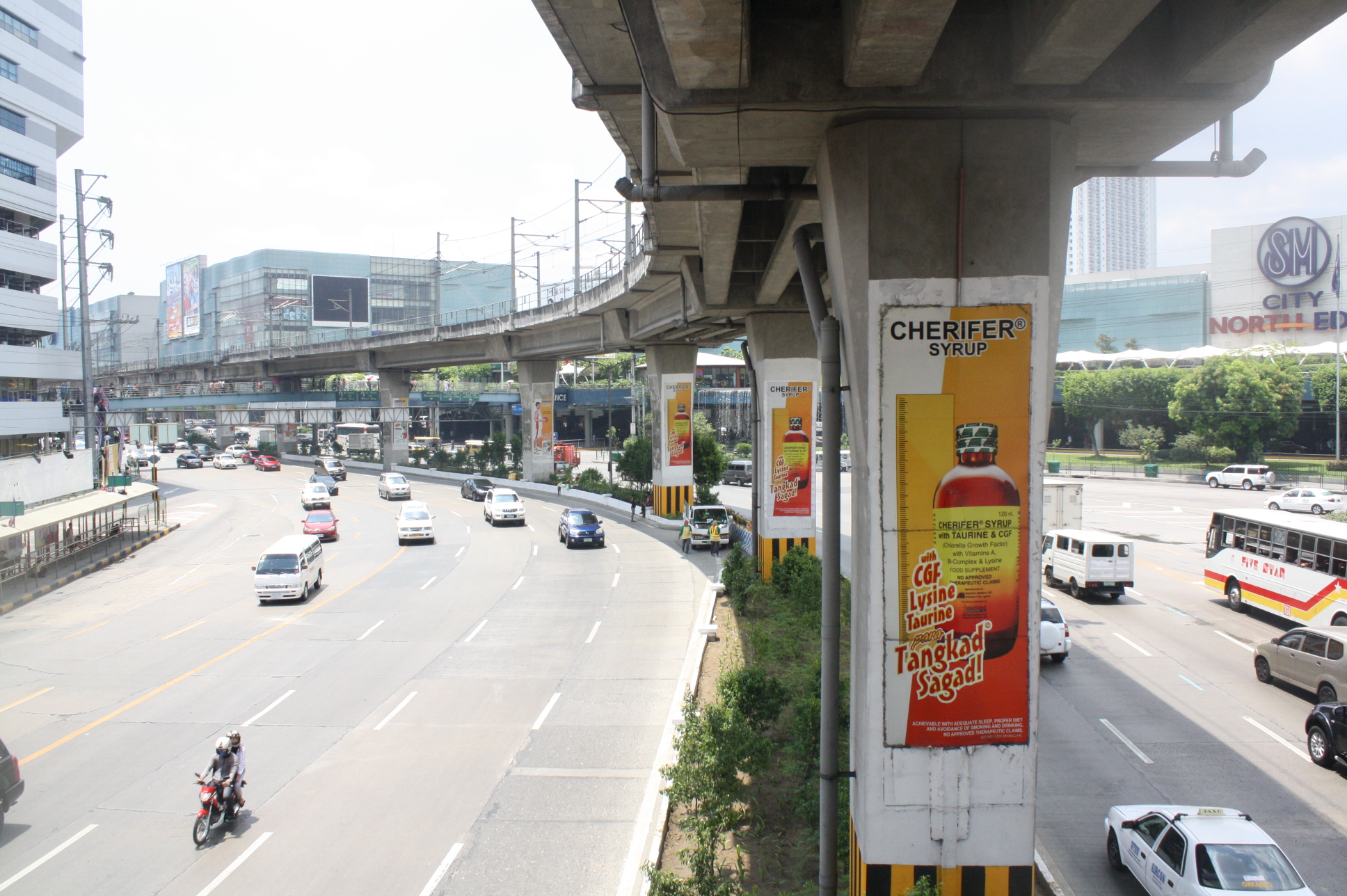 A first-time tourist in Manila may enjoy going around the city by the traditional jeepney. But smog and traffic can probably make you think twice before loading the jeep. Getting around Manila with all its traffic jams, especially on rush hours, can sometimes become a bane. So why not try taking the route of its Metro Railway Transit (MRT) and enjoy what the stops can offer you?

This northern tip of the MRT may somehow extend a little further with the creation of new succeeding stations. But what makes this station popular is that it is close to two of the prominent malls in Quezon City – SM City North EDSA and Trinoma Mall. Don’t be surprised that almost every MRT station is attached to a mall. Filipinos love to hang out in malls, whether to shop, dine out, or just simply enjoy a day with friends or family. But for tourists, it makes traveling more convenient because of its accessibility.

The MRT station at Trinoma.

This one also has a small mall connected to the station. But this one is also a jeepney ride away from the Ninoy Aquino Parks & Wildlife and the Quezon Memorial Circle. It is also a few blocks away from the ABS-CBN TV network, for those who are interested to watch local shows live in their studios.

Why it’s called GMA-Kamuning? Because it is a stone’s throw away from the GMA TV Network. This is still within Quezon City. All three large broadcasting networks are in this city, which is why it is also sometimes called as the “City of Stars”.

Timog and Morato Avenues are nearby, for those who are after nice restaurants and a colourful nightlife. The other side is towards West Avenue which also leads to the Quezon Memorial Circle and the Quezon City Hall.

The GMA store near the MRT station.

Most people go down here because Cubao station leads to the Araneta Center, where the Smart Araneta Coliseum is found, Trinoma and other malls, and towards the MRT line 2 that connects Marikina to Divisoria.

This station is found in between Camp Crame and Camp Aguinaldo, a police and a military camp, respectively. Both are known in Philippine history books especially during the People Power 1 in 1986. This station is also close to the Greenhills Shopping Center where cheap buys can be found.

The station lies between the high-end Shangri-la Mall and the mass-based Star Mall. Those who are off to Antipolo also take the FX commuter car here.

When you get to this station, the MRT suddenly takes a dive from a skytrain to a subway. This station also leads to the skyscrapers along Buendia Ave. with one jeepney ride. It is between two posh villages, Forbes Park and Urdaneta Village.

Now, we’ve come to the commercial business district of Makati. This station leads to three to four malls on foot. It is also a walking distance towards three hotels around the Ayala Center. This is probably one of the busiest stations of the MRT.

Connected to Alphaland Mall, this station is located between two posh villages as well. This is also close to the Magallanes interchange where EDSA and the South Superhighway cross paths.

Finally, the southernmost tip of the MRT, Taft Ave. station, which is connected to the LRT line that travels through the cities of Pasay and Manila. There are also shuttle services and jeepneys that bring commuters to SM Mall of Asia, the largest in the country. It is also a jeepney ride away to Baclaran church.

There you go a trip that will only cost you a few pesos. I may not ride the MRT regularly but I am thankful for the convenience it brings. It may sometimes be overcrowded on rush hours, so beware, but there are carts specially designated for women, children, and the elderly. Line up at your nearest MRT station and have a fun-filled ride.

One thought on “The MRT Itinerary in Metro Manila”