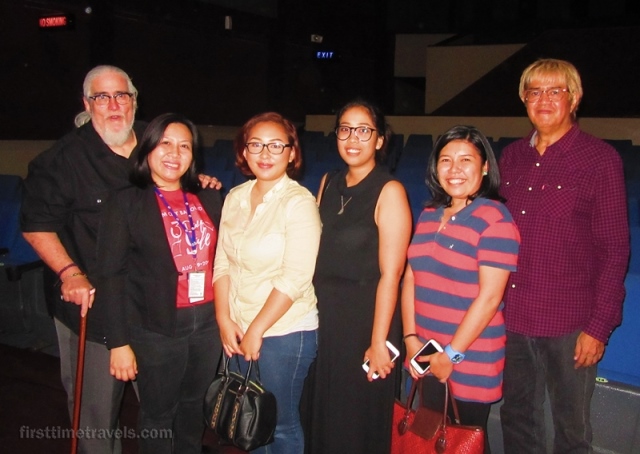 I can still vividly remember my Film 101 class when I was still in the University of Philippines in Diliman, Quezon City. I always looked forward to Fridays when we would watch a movie in school or in the mall theaters. Our teacher also required us to watch a movie or two outside of the class session every week. It was in this class where I became acquainted with the likes of Akira Kurosawa and Francis Ford Coppola, persons from another place and time.

Movies seem to transport me to different places. They provide me with a glimpse of the culture and how people in other countries live.  When I was still based in Makati, my friends and I regularly mark our Octobers for Pelicula, the Spanish Film Festival in the Philippines. Movies from Spain and South American nations are shown during this time.

I also lineup outside the designated theaters during the European Film Festivals and the Japanese Film Fests, but not as regular as I did with Pelicula. Such films show scenes and landscapes of countries where they shoot on location, places I’ve never been before. So, when I visited San Francisco and Los Angeles in California, USA, I would feel a certain kind of affinity to some areas I’ve seen in the movies.

As much as I want to travel to different countries, I also love to explore the many fascinating destinations in the Philippines. That is why I also watch Filipino movies, especially indie films, and also queue during Cinemalaya and other local film festivals.

The Cinema Hiligaynon Festival featured short films of Gallaga and Reyes that were shot in the Hiligaynon language.

Recently, we were invited to watch the short films of Negros homegrown filmmaker, Peque Gallaga, and his partner in this industry, Lore Reyes. Both are known for creating horror or lore films, in particular, such as some of the Shake, Rattle, and Roll installments, which earned them the Masters of Horror and Suspense moniker in the Philippines.

The main movie that was shown that night, Tabang (literally means help), was set in two of Silay City’s old houses and the film’s medium was in the Hiligaynon language. “It is a nice experience to sit back and just listen to Hiligaynon,” Reyes, who is not from Bacolod, said.

Gallaga is known for his period piece, Oro, Plata, Mata, which was set in various locations in the province. “You have to integrate what was beautiful and valuable in the past with what’s happening now. And that takes artistry,” Gallaga shared.

The movie Tabang was created for Cinema Rehiyon, which hopes to highlight regional culture, languages, and locations. Movies that are entered for this festival will be shown in Bicol, Cebu, Davao and other venues in the country.

← Get Married in Bacolod ← A Ribshack Delight in Bacolod