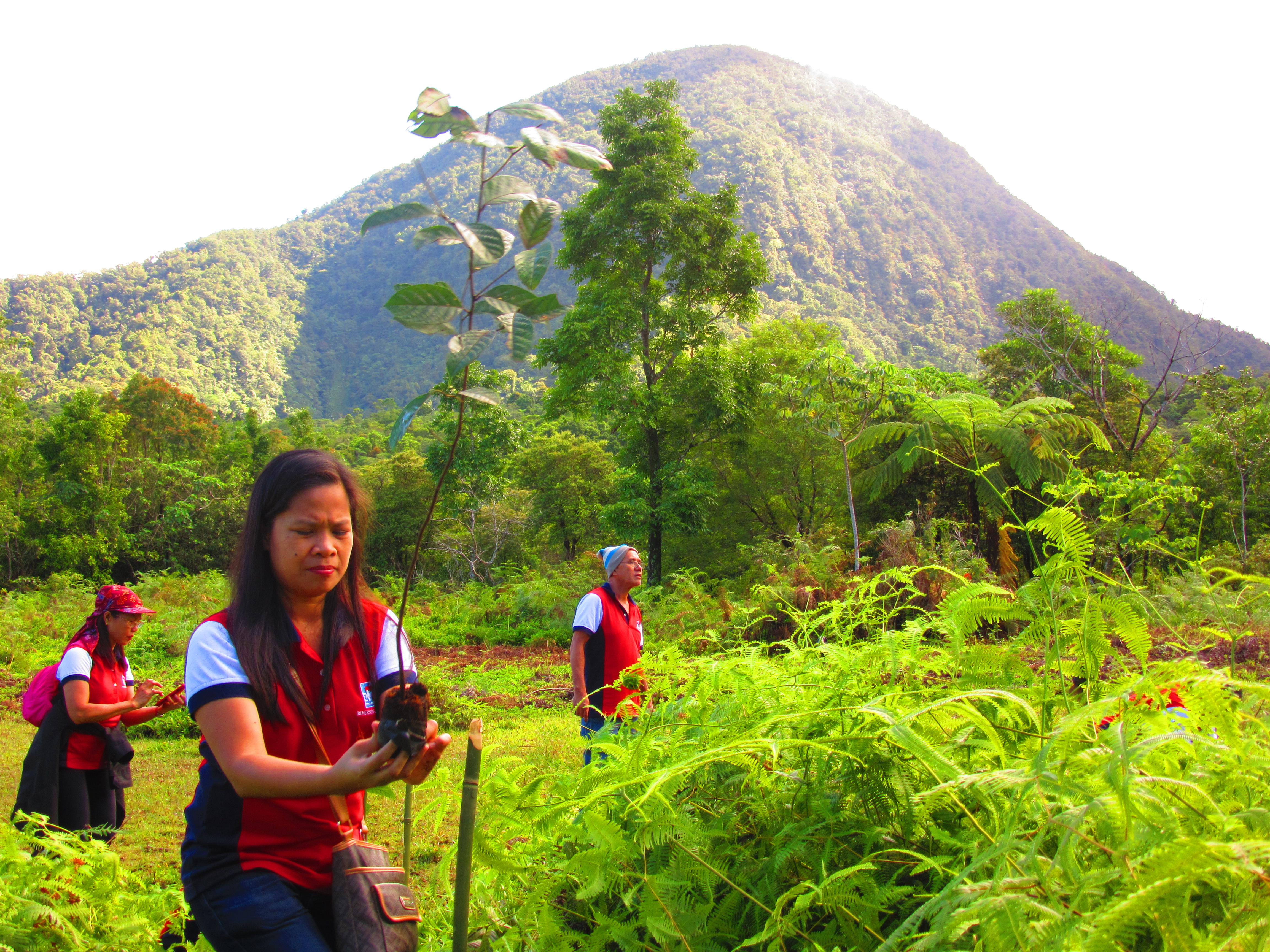 As progress and development continue in the Philippines, the onslaught on the natural environment has also been going on for years. The combination of climate change and man-made disasters have created a huge dent in our ecosystem. The country’s forest cover of 27 million hectares was reduced to 7.2 million hectares (2011 statistics) over the years.

In Negros Island alone, where I live, degradation of forests and the natural habitat has been running at about 2,400 hectares annually with a net forest loss of 290 hectares per year, according to Sunstar Bacolod, a local paper.

With our current state, it is imperative that every citizen must act upon this concern to avoid further damages on properties and lives of every living being. Environmental programs and projects, such as clean-ups, rehabilitation of rivers and tree-planting, are necessary to continually care for our ecology.

Last week, I trekked several kilometers from Sitio Campuestohan to the Upper Caliban-Imbang Watershed in Talisay City for a tree planting activity, coupled with a free clinic that the Dr Pablo O. Torre Foundation, Inc. (DPOTFI), where I work, spearheaded for the little community that is found in that area.

The plains of Bacolod City and Talisay City could be seen from Campuestohan.

I have only been to Campuestohan Highland Resort, where our bus stopped because the vehicle could no longer climb the rough road filled with large stones and muddy soil that was softened by the rain. And so, we had to walk from the entrance of the resort to about 10 to 15 minutes uphill until we reached what seemed to be an abandoned school building.

The trail that we had to traverse.

There we had our briefing. We assembled the medicines and items that we brought to the free clinic, while the company that organized the tree planting stationed the food they brought and the materials for the storytelling and games for children in one of the rooms.

Some volunteered to look after our stuff while the rest continued with the journey. We again trekked, this time passing through narrow trails, part of which was sandwiched between walls of soil. We passed by a small canal with fresh water raging through that came from the mountains. We climbed hills and slopes, walked along edges of cliffs and passed by houses until we reached a clearing. There we initiated our tree planting activity.

The Upper Caliban-Imbang Watershed or the Bacolod City watershed plays a vital role in providing water to the households of the city. It is also home to various flora and fauna and some animal species in the province. Thus, it is important to protect and maintain the biodiversity in this area.

The scenery was breathtaking with plants growing healthily. Wild ferns were also found at the clearing with twirls of its branches sprouting up in between. Flowers were also everywhere. We saw a cable car facility along the way which crosses Talisay City and Murcia.

The cable car going to the next mountain which is in the Murcia area.

We did the activity in partnership with the Negros Forests and Ecological Foundation (NFEFI), which supports the community in the Upper Caliban-Imbang Watershed area. Our purpose is to help plants and trees regenerate in the area, as well as care for the community that looks after it.

As one of the country’s most active not-for-profit conservation groups, NFEFI has also launched an animal adoption program the day before we had our tree planting.

Maral at the NFEFI-BCC (Photo by William Oliver)

In this program, individuals, schools, corporations and clubs are invited to adopt one (or more) of the many threatened animals kept at the Biodiversity Conservation Center (NFEFI-BCC) in Bacolod City. By doing so they will be helping to maintain a safe haven for threatened species.

NFEFI is committed to saving threatened endemic species from extinction. The NFEFI-BCC is a breeding center for some of the world’s most threatened species; the majority of which are found only in Negros and Panay and nowhere else in the world.

It has been successful in breeding these species and plan to eventually return the captive-bred individuals into their natural habitat. Meantime, while sites are still being evaluated for release about 100 animals call NFEFI-BCC their home. The Center is working closely with the Philippines Biodiversity Conservation Foundation Inc., the Department of Environment and Natural Resources and several international partners.

For just P33 a day, adopters can play a vital role in helping to save threatened species by providing funds to enable the NFEFI-BCC to continue to provide world-class care of these animals.

All adopters will receive a welcome pack featuring an adoption certificate, an image and fact sheet of the chosen animal; quarterly updates about the adoptive animal; free access to the NFEFI-BCC, 20 visitor passes acknowledgments at the BCC and on the group’s website.

In addition, adopters can go behind the scenes for a private meet-and-greet with the chosen animal or bird.

Adoptions run for one year. The monthly cost of P1,000 per animal or bird will cover its food, supplements, veterinary care, enrichment and improvements in the animal’s enclosure.

The NFEFI-BCC also welcome donations, however small. Every centavo goes to the center’s work of protecting and conserving some of the world’s most vulnerable animals. Please contact NFEFI-BCC’s curator Dr Joanne Justo on (034) 433-9234 or visit http://www.negrosforests.org/

We can never separate our daily lives from these animals and the environment that cares for us and protects us. We need to constantly give back to Mother Nature and care for her as well. The many disasters that we’ve been through is a wake-up call for all of us.

I hope that those trees we planted will soon grow, with branches and leaves to provide shade and shelter for birds and with roots that will prevent soil erosion and further degradation of our mountains. You, too, can do something and you can start with it today.

43 thoughts on “Tree planting at Upper Caliban-Imbang Watershed; Adopt an Animal at NFEFI-BCC”