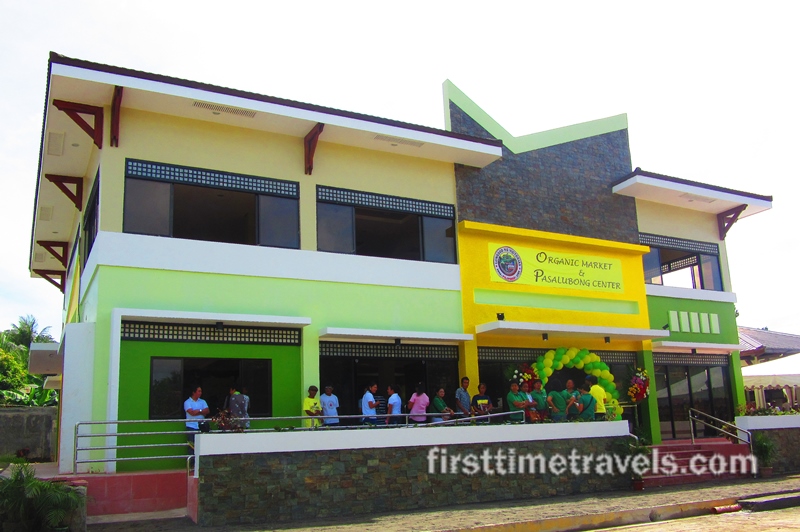 Victorias, known as The Sweet Green City, located in the northern part of Negros Occidental, Philippines, is strengthening its organic farming industry with the recent opening of its Organic Market and Pasalubong Center.

The local government believes that when it goes organic, it supports:

Victorias City Mayor Francis Frederick Peralta (in red shirt), along with other VIPs, during the ribbon cutting ceremony.

The center houses a market, souvenir shop, and café that sell organic and local products only. This infrastructure hopes to support local organic farmers associations:

The cafe and pasalubong center.

Victorias City is also promoting its farm tourism sites as it hopes to develop Agri-Eco Tourism with the help of Nanjo City, Okinawa, JICA, and NPO Lequiowings. Among the farms, I have been to Peñalosa Farm (READ: First-time in Peñalosa Farms) but there are more that needs to be seen, such as Tony Buison’s Farm, SAFA Organic Rice Field, Magda Farm, ATI Learning, BRAVO’s Organic Saluyot Garden, MOVIA-ATI Learning Site, Valdezco Farm, Nisol’s Nature Park, and VOFA site.

The opening was festive. Representatives from Nanjo City performed an Okinawan Dance. Victorias City official mascot, Tori, also wowed the crowd. Vegetables, fruits, dried goods, live plants, fruit juices, mushrooms, and other organic products were on display. Good thing I brought along my canvas bag as I did my own shopping.

I hope that more organic markets will be developed in other towns and cities around Negros Occidental. With the propagation of organic farms in the province, we are nearing our goal to be a leading organic province in the Philippines.